by ToxiBera 5 days ago in relationships 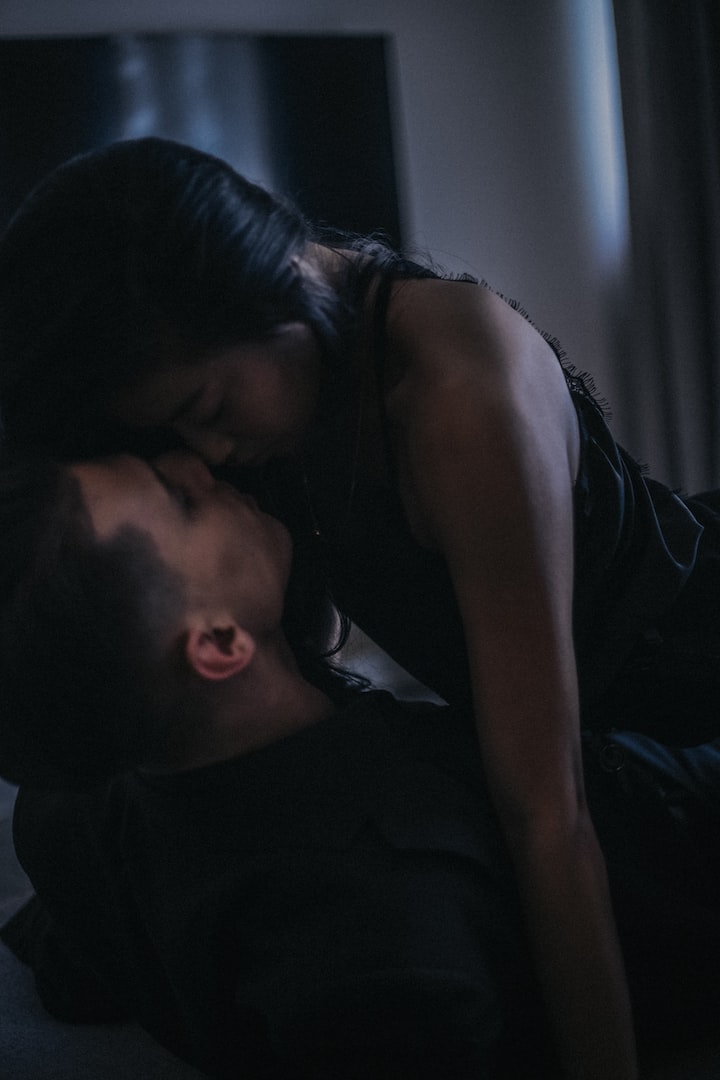 Photo by Artem Everest on Unsplash

He Liked her this way,

He liked it when she did what he asked her to do, and he liked it more when she would crawl on her hands and knees to him. He even liked she would say "Yes, Sir" or " Yes, Daddy.". The way that she kneels before him every time he walked through the door, how her face would light up just by seeing him. And sometimes, He loved it when she would play hard to get with her body. When she did it, it sent a shock wave of lust and desire through his body, he always called it the thrill of the hunt and the fight for forced submission. And, she gave that to him every time.

Yes, there were some scoldings and punishments involved in their little life style they had going on. Him the Dominate or Master over his beautiful sweet little submissive. When she would say no, it hurt him but he understood that there are a lot of things going on with her at this moment but god did he love his little submissive. To him, she was the cutest creature on the face of this earth. The way she walked, the way she talked, she had a southern twang to her voice and he found it damn near irresistable when she would say "Daddy" in her southern twang.

He was born with a Russian back ground and normally the human language was a vague and continuous nussence to him but with her he wanted to understand more wanted to picture and hear every word that she said and try to comprehend what she was trying to convey. He was never like this with any other submissive he took on, most of the time they werent even submissives but wanton sex slaves trying to fill a role that they were never trained for and didnt care for the process of how it was done. He has gone through countless of sluts and cum buckets to know that this little submissive what the genuine thing. And, he was not going to let her just slip on by when he had found her.

For some one that had walked through the pits of hell and all the way out again she had the most purest of souls and auras that any one could ever imagine. She was sweet and a good hearted woman with the memory of an elephant. She was horribly abused and he supposed that was what helped her with her memory because as she had described to him if she didnt remember she was punished with physical, mental, and emotional abuse. The people she was with before had also forced her into a prostatution situation and for that he wanted to kill them.

To think that his sweet, loving, nurturing and caring sub was horribly mistreated by those fucking monsters was almost making him want to hunt the fuckers down and dispatch of them himself. But, when ever he looked at her face all he could think about how she would miss him and probably die with out him and that was the only thing keeping him from killing them with his own bare hands. He stood in the window as he watched her run around the yard in the pouring rain smiling, laughing, giggling, and just looking like she had finally found her freedom and it made him smile as well.

She was his freedom, his heart, his mind, his everything, before she had entered into his life it was a dull miserable existance and every one was out to get him. But, with her, he wasnt worried about who was going to come along and hurt him. He wasnt worried about the next mother fucker trying to get one over on him. In moments like this just watching her play and have fun in the rain was just like he was free to be himself, free to express him self how he hadnt with so many others. Where others wanted to do nothing but take from him. She wanted to give to him. Where others have purposely caused fights. She does every thing to avoid them. And when they do get super mad at each other she walks away to let him and herself calm down before re-approaching the situation in a far more calming manor.

He wasnt sure she knew just how much joy she had given him since coming into his life and he wasnt quite sure she ever will. To many bad things have happened to her over the years and even in moments like this he can still see the shattered pieces of everything crumbling around her while she stands in the middle just hoping to not get hit by the breaking and falling glass shards of her own little world. She had come to him when he was at his lowest and made things better for him and he was going to do the same for her no matter how long it took.

He wanted to be the one to fix her shattered pieces and make her completely whole again something that he wasnt sure any one else in her life had ever tried to do or even cared for doing. She was just used for sex and that was what she was used to and he wanted to teach her better wanted her to know what to look for in a man for in case things just didnt work out between them but he didnt think something like that would come to pass given how much she loved and cared for him. Not with how much they talked, laughed, and shared their darkest past, secrets, and desires. She had to be his last and final try and he was going to give it all he had. Just for her.

( Thank you for reading hope you liked it. Please leave a tip to help me know that i am being read and that you are enjoying what i am putting out. Thanks for the love and support)

See all posts by ToxiBera →