not to be confused with failure to hook up 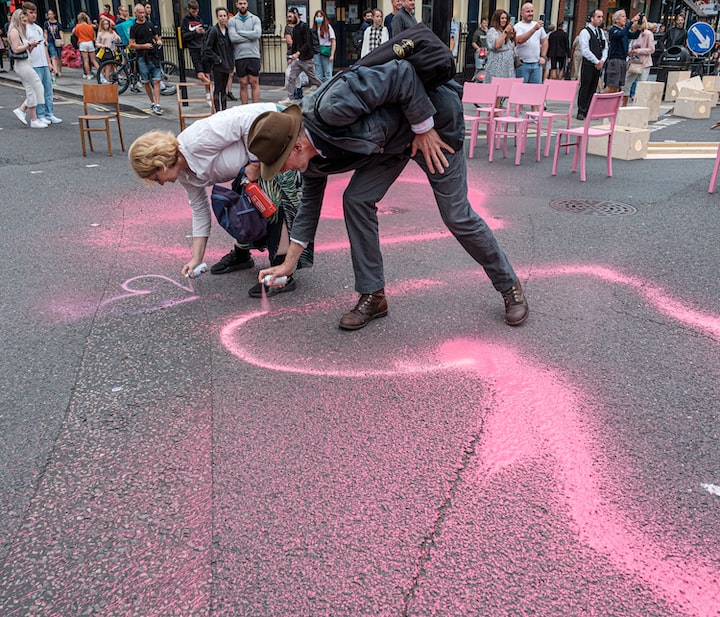 Steve went from the top spot in my hook-up ratings to a Fail for our second encounter. I suppose if this was a high school report card, he would receive an Incomplete, actually. It wasn't exactly anyone's fault; just one of those things...

Vibe warm up. Check. Finger fuck. Check. Multiple orgasms. Check. Now that I was all soft, wet, and amenable to just about anything, he suddenly spots a pinkish smear on the glaring white hotel sheet. His face blanches.

I quickly check myself and I'm not actively bleeding. I assure him it's not my period because I'd just had it ten or so days prior. I know some people can't deal with menstrual blood. I'm kind of one of them. I make a joke.

“Ward, you were a little hard on the Beaver."

And he was. He was doing the “attempted squirt” finger fuck that requires quite a vigorous thrusting.

He doesn't laugh; just sort of sits there.

“I can't stand the sight of blood,” he explains. Uh huh.

"Please don't do that," he says as he turns greenish, like in a damn Bugs Bunny cartoon. I guess he's being truthful. Grrr!

“I'll make it up to you next time,” he promises, obviously feeling shitty about it. I don't care! We are standing in front of the bed and I can't help it. I place my hands on his chest and shove him so he falls backward on the bed. I growl in frustration and force myself not to stamp my foot. He keeps apologizing but my ego has taken a beating and now just wants to hide. Never mind that he got and paid for the hotel room and never even got to take his pants off. Never mind that I'd had multiple orgasms. I'm not happy. All because of a pinkish smear! But I try to be gracious, tell him it's okay, and hug him goodbye.

We've tried several times to get together since, without success. My inner critic taunts me: 'maybe he's just not that into you.' Sigh.