by Alisan Keesee about a year ago in geek
Report Story

A bit of both, perhaps? 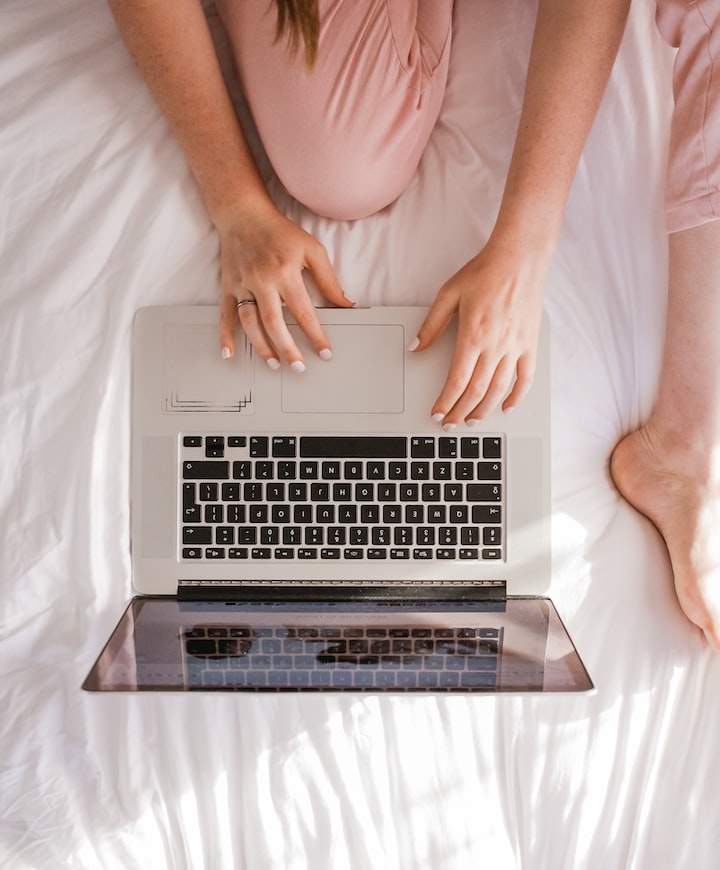 I read my first fanfiction when I was about 12. By my current (and most avid fanfiction reader's standards), it was an amateur fic that was cliche and the storyline was mostly author self-serving. However, my 12-year-old self found happiness in the story, surprised something like it even existed.

As I grew older and entered fandom culture and became more familiar with the Internet, I began to read more fan fiction in various fandoms and even began to write fan fiction. Currently, I have probably read and written millions of words worth of fan fiction.

When I first started out, I avoided fanfictions that contained overt sex or smut. In my early and mid-teenage years, I was uncomfortable reading about sex, however, I naturally began gravitating towards more mature storylines and themes, which in turn led later to sex.

Despite most fan fiction hosting sites filtering explicit content differently, it is not hard to come by if you know how to search for it. Some parents may find it alarming that their children are accessing such sexually explicit content as a teenager, but after having spent time extensively within the fan fiction community, I think it is, for the most part, healthy and normal.

In the early days of fanfiction, sexual content wasn't really monitored or filtered in any way. As it slowly became an issue (people who chose not to read such content being exposed to it, unhappy parents, etc.), sites like Fanfiction.net, Archive of Our Own, and Wattpad all have Mature filters or ratings that filter out Mature-rated or marked books from a typical search unless specifically searched for.

This works for the most part. Though, not every author marks their works as Mature (whether due to ignorance or consciously to reach a larger audience). If found out, this usually ends up with a warning and/or the book being taken down (and usually re-uploaded with the proper identification).

It's not a secret that sex education in the US and around the world is lacking, wrong, or biased, so, oddly, fanfiction authors took it upon themselves to educate the younger readers reading their work. In my time, I've read or written explanations/ analogies of consent, condom use, birth control, sexual assault/ harassment, unhealthy relationships, pregnancy, signs/ reds flags of abuse, LGBTQ relationships/ sex, STIs, STI testing, and more. The list could go on and on. While obviously unhealthy elements of relationships and sex are sometimes romanticized or glorified, oftentimes readers go into a fic knowing this and either criticize it or enjoy it understanding the cognitive dissonance (this cognitive dissonance could be a whole article topic in itself).

I have learned more from fanfiction and finding my own reliable sex education sources (such as Sexplanations) than I did in my high school sex-ed class. Fanfiction taught me about kinks and which ones applied to me. It gave me the opportunity to figure out my own sexual preferences and biases without actually having sex. It helped me make informed and healthy decisions regarding relationships and sex. It helped me decide what was best for myself and my body, rather than having no idea about my own sexuality, preferences, or body.

Fanfiction gave me permission and freedom to explore facets of myself that I was hesitant or scared to without judgment or the opportunity to make a mistake that could impact the rest of my life. It allowed me to explore my sexuality in a healthy way that allowed me to mature and figure out things about myself that many people don't know even after they have had sex!

Exploration, discovery, and doing both of those things in a healthy way are vital for personal and sexual growth. Reading fanfiction and other sexually explicit material isn't always just a way to get off in your teenage years, it can be a healthy way to express and discover your sexuality.

Before ending this article, I would like to clarify that I'm not trying to advocate for abstinence with this article. Everyone has the right to make that choice for themselves and reading and learning from fanfiction and other sexually explicit material can supplement whatever decision is made. I only want to advocate for fanfiction and how it can contribute to healthy sexual maturing and growth.

Coming back to this article a few years later, I find myself agreeing and disagreeing. I agree that fanfiction and reading can be a healthy way to explore sexuality and sex related topics at a young age. We see this often in Young Adult novels that contain sex, or at least, sexually based topics.

With that noted, the cognitive dissonance I briefly mentioned, I have some new thoughts on. I do still believe it exists and continue to experience it. For example, if I read a book or a fanfiction with a mafia theme. Obviously, in real life, I would not find this sort of person wholly redeemable or appealing. However, I can suspend real life to enjoy the story without compromising my real-life morality, decisions, or understanding of the world.

Even with my adult brain, I cannot read anything that glorifies rape or sexual assault. It can be part of the story, sure, but I find it wildly inappropriate and problematic, if it is either of the lead characters that we are supposed to root for or ship, perpetuating assault, abuse, or violence towards their love interest or partner (non-consenually).

Of course, some aspect of that is my own personal preference. Some may not be able to read something that glorifies drug use or violence, which is fine. While there are many topics that are fairly universally condemned, even with cognitive dissonance, as inappropriate and problematic, there is nothing wrong with enjoying a relationship dynamic that may not be entirely healthy, so long as one can recognize that and not perpetuate or romanticize it within their own life.

So, where am I going with this? As I’ve gotten older, I’ve become thankful that I did not read explicitly sexual material when I was a teenager. I came across some very mild smut, but nothing scarring or uncomfortable. Not too much more than you would find in your standard YA novel.

Teenage brains and adult brains are different. Teenagers--while smart and intelligent--cannot yet perform the same functions of cognitive dissonance that an adult can. While a teenager can make good decisions and be a well rounded individual, they can easily fall victim to predators or abusive relationships/environments due to the media they consume.

Obviously, this is usually tasked to sex education classes and parents themselves. But, as authority figures, teenagers are more likely to dismiss them than the media they consume. Therefore, if the media they consume can help educate them, I do not see the harm in that. Pretending that teenagers do not know, don’t want to know, or should not know about sex is simply adults denying the facts that teenagers are complex beings that can understand complexity. They just need to romanticize the good and healthy aspects of relationships and sex, instead of the bad ones.

More stories from Alisan Keesee and writers in Filthy and other communities.