by Nixie Adams 16 days ago in sexual wellness

When the brain is the sexiest body part 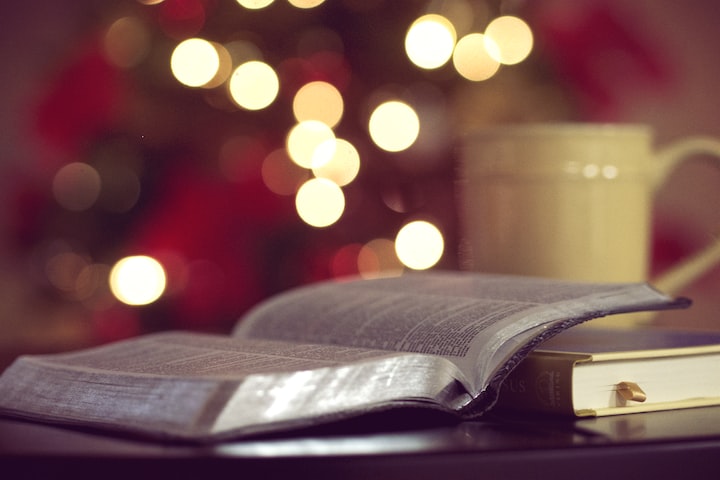 Take a minute to think about what turns you on. What attracts you to other humans, both pragmatically and romantically?

Now, for many people, the answer to this would be their lovely smile or the way they laugh. While these are legitimate reasons for being attracted to others, some find that intelligence is the sexiest feature of all.

A study published in the scientific journal Intelligence found that although most people desire a partner who is smart (with the sweet spot being an IQ of 120, apparently), a small percentage of respondents indicated that they are sexually aroused by intelligence specifically. The same study also found that sapiosexuality is more than a mere cultural construct because it can be measured psychometrically, and that between 1% and 8% of 18- to 35-year-olds may be sapiosexuals.

But although the term may be a modern coinage, the concept of linking intellect and love or attraction dates all the way back to Plato, who considered the highest form of love intellectual love and a form of rational activity.

The term 'sapiosexual' is said to have been coined based on the Latin word 'sapiens', meaning 'wise'. In a nutshell, a sapiosexual is a person who is both mentally and sexually turned on by smart people. They're aroused by other's intelligence. According to Dr Debby Herbenick, a professor of applied health science at the Indiana University School of Public Health, scientists consider sapiosexuality a sexual identity rather than a sexual orientation.

So why is smart sexy to sapiosexuals? Because it illuminates confidence without ego, shows ambition to grow as a person, fosters meaningful conversations and is the cornerstone of winning over someone's mind before their heart. And maybe sometimes, hardcore sapiosexuals may just really like a person who is smart with no strings attached.

You might be thinking, well sure, I'm attracted to this concept too, as it is what forms lasting connections. But the truth is that there are various levels of this type of attraction. And though you can really fall on any end of the spectrum, here are five telltale signs that you might be more sapiosexual than you realise.

1) Your attraction towards others grows over time.

Are you someone who becomes more attracted to a person the more you get to know them? Maybe you weren't into them in the beginning, but over time, you can't help but feel drawn to them the more you talk and understand their intellect as time goes on.

You start to notice that their physical appearance is much less important to you than their intellect. You may even find that you get those underlying butterflies knowing that you'll be able to have those deep conversations again and genuinely get to know them on an in-depth level.

2) You don't believe in love at first sight.

For you, the concept of love at first sight is impossible. You don't believe in it, and you can't sway your mind to think that could be remotely true. How could it be if you don't know whether they make for an interesting conversation partner or have stimulating interests?

You have to take your time and become impressed by someone's mind far before you can develop feelings for them. Overall, falling in love is a long process for you, and you're okay with that.

3) You have impeccable listening skills.

Sapiosexuals tend to have outstanding listening skills. They may talk and share a bit, but they thoroughly enjoy letting the other person do the talking on a date, especially if they share wild, purposeful thoughts about life.

The more extraordinarily they speak, the more you listen passionately and begin catching those feelings of attraction. The thought that you can learn something from the other person and their experiences is enticing to you.

4) Deep conversation turns you on.

You'll need those great listening skills because you find nothing more stimulating than deep conversation. An inspiring intellectual debate can feel like foreplay to you, making you want to get it on.

In The Sexy Librarian's Big Book of Erotica, author Bix Warden points out how librarians are often the subject of sexual fantasies. He explains that librarians are often smart, well-read and can converse on many different subjects. A clear connection between intellectual discussion and sexual arousal!

5) You're a knowledge craver.

Breaking away from others for a moment, look inward for this one. If you are someone who is always looking to expand yourself, broaden your horizons and are never complacent with what you currently know, then this could mean you're a real sapiosexual.

Sapiosexuals are always looking to increase their own knowledge, which is a key reason why they fancy those who do the same.

6) You hate slang, and incorrect grammar irks you.

If you roll your eyes when someone texts you something like 'wyd' or can't distinguish between 'your' and 'you're', then this can be a sapiosexual sign for you. You consider text speak an instant turn-off and are reluctant to take things any further when a new love interest texts you in this manner.

Though you may give texting or emails the benefit of the doubt, if that type of slang or incorrectness is reflected in face-to-face conversations, such as saying 'yo' or confusing 'less' and 'fewer', you might notice that you become immediately unattracted to them.

Sapiosexuality is not a bad thing

When it comes to talking about sexuality, it's the very essence of being human. People can proclaim it as something taboo, but the reality is that we're part of the animal kingdom. Humans are known to be one of the most sexually creative, intelligent animals here on earth, which allows us the capability to be sapiosexual beings, and that's pretty incredible.

So, if you found yourself nodding in agreement with the six signs listed above, you could very well be a sapiosexual. Of course, many people seek an intellectual connection with their partners. But according to Dr Debby Herbenick, people who consider themselves sapiosexual typically say intellect is the most important factor that draws them to another person.

Though this is a great feature to better understand the partner qualities you desire, make sure to still keep an open mind when dating. Just because someone might not be a rocket scientist doesn't mean that they'd automatically be a bad partner for you. Remember, being smart can stem from all different directions, so stick around a bit longer with someone before ruling them out. And if you've hit your intellectual jackpot in a meeting of minds - congratulations!

Nixie Adams is a freelance commercial German/English marketing and PR translator and editor based in Brisbane, Australia. 🌴☕ www.nyacommunications.com

Receive stories by Nixie Adams in your feed
Nixie Adams
Read next: One Night Stand