by RJ 11 months ago in fetishes
Report Story

Uncovering the hidden world of the Findom fetish. 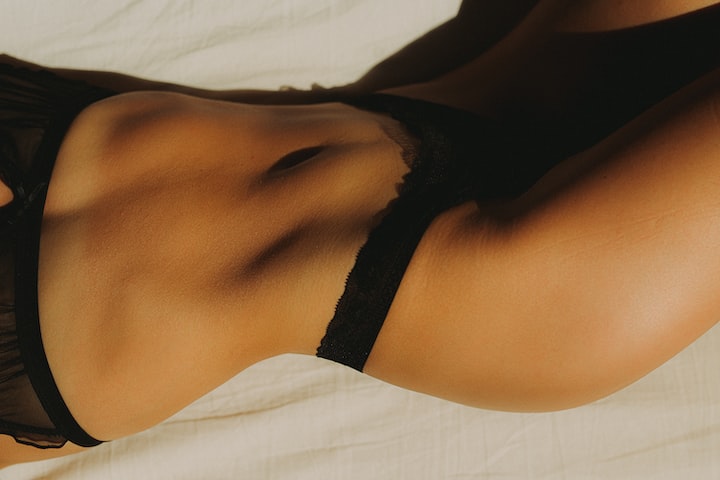 The sun filters through the window and splatters golden rays across Goddess Indigo's bedroom, stirring her awake. She travels to the kitchen, makes her morning coffee, and sits down to review whose sent a tribute while she's sleeping.

Eventually, she'll stretch out in the warm sun and take pictures of her smooth skin and sculpted body. She'll use the images to promote her Instagram and update her Onlyfans. The new content entices new customers or "pay pigs," who jump at the opportunity to send her money.

In essence, Financial Domination doesn't require an exchange. While spending time with her for this interview, I learned the ins and out of this underground fetish. You would never know what goes on behind her 4x6 black phone screen.

She was quiet and reserved for someone who humiliates people for a living. While relaxing on the couch one afternoon, Goddess Indigo chuckled and leaned over to show me a screenshot where a submissive (sub) had sent her over 400 dollars. In return, he only requested that she give him punishments and humiliate him for even requesting her time.

"Thank you for letting me send to you, goddess; I don't deserve it,"

displayed under the cash app notification.

"I need help," she said, "what's the worst punishment you can think of?"

"Well, what kind of punishment is he looking for?" I responded nervously.

"Something to rub on his balls," She said between giggles. We settled on toothpaste.

Shortly after delivering the instruction, we got some positive feedback.

"It's like searing pain and ecstasy at the same time."

The requests from a submissive can vary. For example, Goddess Indigo is regularly asked to do on-cam ignore sessions-which is exactly what it sounds like. After she's paid upfront, she allows the sub to Skype her, mutes the camera, and ignores him for the duration of the call.

She also does retweet games, where a sub pays her for each like, comment, and retweet a specific tweet gets within one hour. While with Goddess Indigo, she did a game that ended with her being owed $160 after the hour time limit was up. The sub rounded it to $200 on his own. She also showed me another sub who had seen the game taking place, begging for one of his own.

The thrill of the retweet game comes from the thought of multiple Dommes getting together to "drain your wallet." It's another layer of domination and humiliation. Subs will often send their Dommes revealing or demeaning photos and videos of themselves. The Domme will then threaten them with leaking the content, forcing them to pay for their silence (consensually).

We're seeing a surge of exposure to the hidden world of Financial Domination. HBO viewers saw Kat Hernandez use findom to discover her sexuality and uncover her confidence in Euphoria.

But how does one fall into this line of work? It isn't for everyone but for some; it could unlock a path to earning an income on your own terms. For Goddess Indigo, it started with a distaste for the job market. She would begin somewhere, work there for a year, and then around November like clockwork, find herself fed up and walking out. She explained to me that she wanted so badly to have her time. The grind of a full-time job wore her down and increased her already debilitating social anxiety.

She started doing cam shows of her relaxing and smoking in her room, dipping her toes into the world of sex work. In the beginning, she started out trying to sell content. (She didn't know findom existed.) The grind was slow and required more hours than her previous job to make a liveable income. Soon into her content selling career, she was feeling used and underpaid for the effort she put in.

Close to quitting, she was lurking on Twitter, researching hashtags, when she came upon a few Dominatrix's tweets.

She saw screenshots Dommes had posted of their tributes and luxury apartments and immediately decided to change course. She stopped entertaining just anyone who seemed interested in buying content and instead directed them to her Onlyfans. She started tweeting at the findom community and tailoring her captions to a submissive audience. Pages dedicated to promoting doms reached out, and her social media began to gain traction. All the while, she put the leg work in-talking to subs on Twitter to build her base of pay pigs.

Some men pay her because they like the idea of her using their money to live her everyday life. One man only requests photos of her in ordinary streetwear to remind himself of a life he funds, but he can never be involved in.

You would never guess where her quiet confidence came from. Through trial by fire, this line of work has built her up and given her time back.

Do's and Don'ts of Findom

“The customer is always wrong.”

She told me she didn't like how men thought they had unlimited access to her. "They're so needy," she explained. With the nature of the job being through social media, subs have easy and quick access to her attention. Sometimes they can get a little obsessive.

She went on to talk about the scammers and time-wasters she often comes across. "If anyone is interested in being a Domme, know that you never have to send someone a demo or a sample. By my page, they should know what to expect, and I spent a lot of time feeling used after sending content only to be blocked."

"You have to be smart and protect yourself because, unfortunately, there are people who want to take advantage of those new to findom."

"If I were to give someone interested in getting started advice, I would tell them it's not easy. It looks glamorous from the outside, but like any job, you have to work for what you get. It took me months to build a base of loyal subs, and I'm nowhere close to where I want to be."

Walking away from my time with Goddess Indigo, I left with an appreciation for findom. Everything she did had an intention behind it; how she said certain words and every tweet was an opportunity to market herself. Her work ethic is insane, and the sheer amount of hours she dedicates to building her empire should be admired.

The world is moving toward a place where society accepts sex workers, but there is still so much negative stigma surrounding the field. For both sex workers and those with uncommon fetishes. Most subs don't feel comfortable showing their face or using their real name because of the shame and embarrassment they experience.

With more eyes and regulation, we can protect both sex workers and customers. It all starts with understanding, and genuine, open-minded conversations.

Huge thank you to Goddess Indigo for letting me follow you around.

Thank you for reading! Had you heard of this fetish before?

Creative? There's a place for you on Vocal. Join Vocal +

More stories from RJ and writers in Filthy and other communities.