When Words are No Longer Enough

by RJ 8 months ago in fiction
Report Story

A Man Addicted to a Woman Replaspes 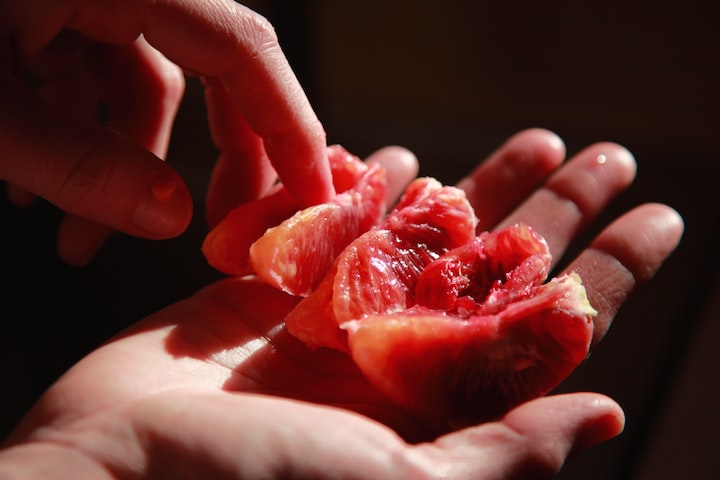 Photo by Shane on Unsplash

I tapped my fingers on the chair's cool leather and tried to absorb the therapist's words. In truth, he knew me better than anyone, and I felt no pressure to maintain appearances.

He asked me questions and received apathetic answers. He probed for introspection, and I shrugged him off. My therapist eventually fell silent in defeat and motioned for my turn to add something. Today, I had bad news, and the thought of my confession was making my palms clammy.

"I saw her yesterday."

I let the words hang in the air limply and swallowed. He looked up from his notebook and opted to set the paper and pen to the side. I saw understanding in his eyes, and he leaned forward, lacing his fingers and resting his lips against his thumbs, encouraging me to go on.

"I was in between meetings; I went to the coffee shop I always go to...I ordered the same drink and lunch I always get, and I sat on the patio, eating it and enjoying the weather.”

I shuffled uncomfortably in my chair before continuing.

"I've spent a lot of time thinking about what I would say if I saw her again, but when she was there, nothing came to mind. She stood above my table, gleaming with confidence, bathed in golden sunlight, and greeted me like an old friend. She sat down across from me dressed in a cream-colored suit, like a politician welding a foamy drink. Honestly, resentment built in my core, and I found myself fuming with anger.” I paused hoping he would validate my bitterness.

"I know you struggle to understand her motives. We all want to believe we mean something to those we love.” He said with compassion oozing between each word.

Neither she nor I would ever be able to express our emotions to each other in more than brief conversations after too much to drink. We would never be married or even in a relationship. But both of us, despite the turmoil, love each other. I have to believe that to justify the pain I go through for a moment near her.

"As usual, being in her space was exhilarating, and though I was angry, I was so excited at the idea of our afternoon. I could see what she wanted in her eyes as she made small talk and gripped my thigh between exciting parts of her story."

My therapist raised his eyebrows but let me continue. "We chatted and ate, and soon it began to rain. She let out a girly scream and got up, her heels clicking as she stepped onto the concrete. I followed, deciding to walk her to her car. On the way, we passed through an ally, and the electricity between us was too much. I pushed her against the slimy brick wall, dirtying her tailored cream jacket. She was surprised; I never was the type to be so rash." I swallowed again and choked on my next sentence.

"Just let me know what happened so we can work to fix it." He said, and I obeyed.

"She was moaning before our lips connected, and my self-restraint was gone. I used my leg to part her thighs and pressed my hips against hers while I closed my hand around her neck, keeping her lips just out of reach from mine. She was at my will for the first time, and her eyes flickered with excitement as we shared the same breath."

"mmm fuck." she said in a breathy whisper, and I smiled, giving in to my temptation and kissing her fervidly while unbuttoning her shirt with one of my hands and grinding against her with growing need, making her back arch, her full weight under my control. She wasn't ready to give me complete authority though- undoing my belt while she pulling me towards her car."

"I followed her. My legs did at least, my hands were exploring, and for once, I wasn't focused on what she was thinking. She had a way of making me bend to her will, but today was different. I tugged her shirt off, and the light rain made her skin slick."

"I swirled my tongue against the hickey I had just left and sunk my teeth into the delicate flesh. Her back was toward me now; she was fumbling with her keys, pressing her round ass into me. I know she could feel how bad I wanted her through the fabric of her pencil skirt. I trailed my hand down her torso and into her lace panties to feel how bad she wanted me. But more to tease her throbbing bundle of nerves and run my finger along her soaking entrance. Her breath was quickening, and she was getting louder while she opened the back door."

"In a swift motion, I placed my hand on the small of her back while she ducked into the car and bent her over her leather back seat. I managed to push her skirt up enough to give me access, leaning down to pull her panties to the side with my teeth. She shivered under my touch, and as I kissed along her thighs and squeezed her ass in my grip, I felt her pushing back towards me, quivering with anticipation."

"I took the moment to suppress her, holding her hips still while I moved my face between her legs, I wrapped my lips around her, and her taste made me groan in pleasure. My manhood was pressing against my zipper, but I wanted to make her climax multiple times. I had to leave her a sweaty, euphoric mess.

So I used my tongue to massage her clit, flicking against it, sucking it into my mouth, gliding my warm lips over the sensitive area before letting the cold air penetrate. She grabbed my head and forced me back. I increased my speed, and pressure, manipulating her ecstasy by following her body's signs. She was putty in my hands. She screamed and left moist handprints on her window, begging me not to stop.”

I glanced up from the spot I was staring at on the beige carpet. The citrus-scented sensi in the corner of the room let out a hiss as a stream of steam floated into the air. My therapist had picked up his pad again and was feverishly writing before looking up to acknowledge my silence.

“Did it feel how you wanted it to?” He asked.

“Eventually, neither of us could hold back, and our bodies connected. It was mind-blowing. I finally felt the spark between us validated, and it seemed like we were communicating without words, operating on pure primal instinct. Afterward, we cuddled awkwardly in the back of her car- our sweat making the leather screech.

I held her for only a moment or two, trying to grip time and stretch it. But she snapped back to reality and let me know she had to go. So, I gathered myself and stepped out of her car while she migrated to the front seat.”

I let out a deep exhale and ran a hand over my mouth. “She said bye, and I watched her car chew the gravel and make its way into the fluid city streets. I watched, standing in the rain with my clothes disheveled until I couldn’t anymore. Her car blended into the sea of others and the rain washed her scent off my collar, leaving only the coppery smell of fresh rain. She was gone again."

More stories from RJ and writers in Filthy and other communities.