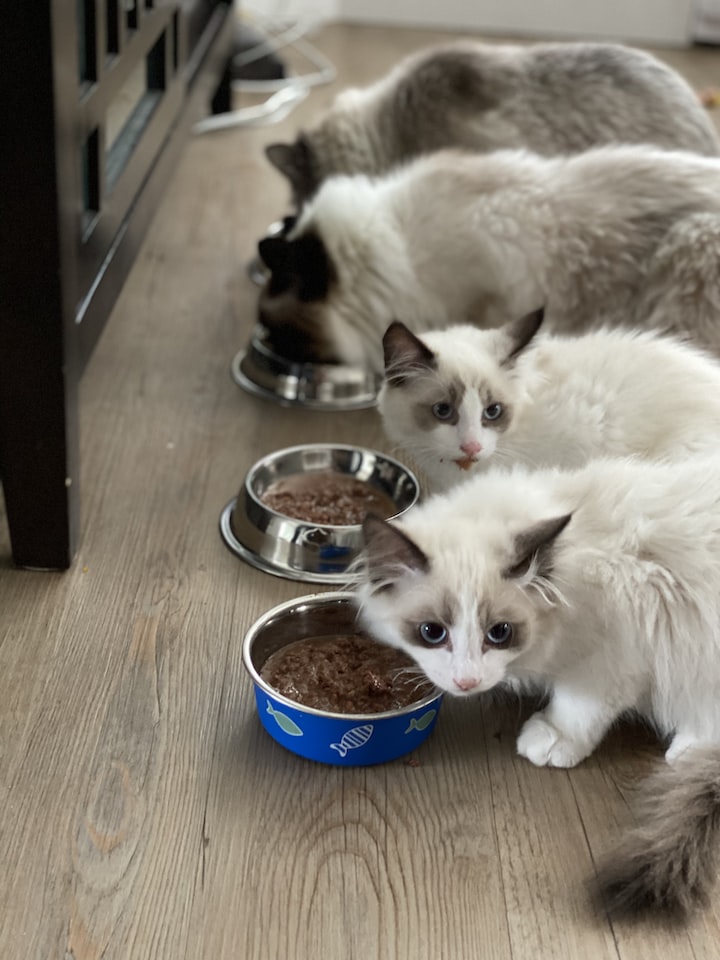 Photo by Fernando Jorge on Unsplash

When she was young her father had always called her his little kitten She would smile as he brushed her hair. She used to look at the soft fluffy balls of affection in the pet shop. The workers there all knew her and let her play with the animals. She wanted a kitten, but she was her father's kitten. She was the center of the activity in the house. She wondered if her father had even realized that she wanted a kitten.

It was an exciting day. She should have been smiling, She should have been laughing. She had loved her husband to be since she was twelve. He had used to count on his fingers when they would be old enough to wed. Her family loved or should she say felt no doubt about the decision. Her father had joked that his little kitten would soon have her own kittens and be a mother cat, Her father brushed her hair for the wedding, and she wondered if this would be the last time.

The groom, Bill Prescott was nervously awaiting the sight of his pride. He had heard about the dress but had not seen it on her.

She could see him from her window. She laughed she would be Mrs. Sara Prescott. Not the makebelieve thirteen-year-old Mrs. Sara Prescott but the legally wed Mrs. Prescott. She looked at the dress, she looked at her glowing face. She looked past the doubt of whether or not she wanted to be a mother cat. She wanted the actual kittens, but the human children, at age 18, she was not sure. She just knew that marrying Bill had been her life's dream.

The wedding was in a large field behind the family house. She looked out the window at the crowd. They had invited her whole high school class. Her friends looked at her with envy, but none of them were marrying their high school sweethearts. Sara felt so lucky. She saw Maria and Anne joking and laughing. All the guests appeared happy, it was a joyous occasion. Sara took a deep breath of contentment. It was time.

Sara felt the attention of the crowd but all she really noticed was the gaze of her soon-to-be husband. There were no clouds in the sky but she felt as if she was floating on one. She as if in a daze went through the practiced routine, and then all of a sudden she snapped out of it. The kiss, she sunk into his arms, this would be her kiss for the rest of their lives. At the birth of their children, at any sign of sorrow, she would receive that kiss. Sara smiled.

Her father saw that smile, his face glowed with pride. Some of her high school friends were crying, but all Sara really noticed was her new husband's face and his presence beside her.

She would have just assumed that the tears were from happiness, but what she did not seem to notice was that only three girls wanted to catch the bouquet. Her back was turned to them when she tossed it. She had tried to throw it at Maria, but Maria did not catch it. Maria had purposely moved out of range. Chrissie had practically rolled over the other women, but she had been successful at catching the bouquet. The guys in the class laughed, and everybody wondered who the lucky man would be since Chrissie did not have a boyfriend. In fact, she seemed completely disinterested. The girls all congratulated the bouquet catcher.

They had a jazz band and of course, there was the cake and gifts. Magic, all she felt was magic. All that money that had been spent and all she was going to remember was her husband and her feelings. The flavor of the cake, and the types of flowers, seemed barely noticeable on this day.

They approached their new house. It was one town over. Bill said he had one more surprise for her. He did not carry her over the threshold, in fact, the door was blocked by a basket. Her heart stopped. She slowly approached the basket. There were four white kittens and a note from her new husband. "May they be our family for the next four years." Sara found herself crying. How did he know? He put his arms around her and they carried the kittens into their new house.

I am an elder in a time of freedom. I am now retired. All i want to do is have fun. Without a daily routine, my imagination is one of my only salvations. I am not planning on writing a book, it is just for my own pleasure

More stories from Antoinette L Brey and writers in Fiction and other communities.