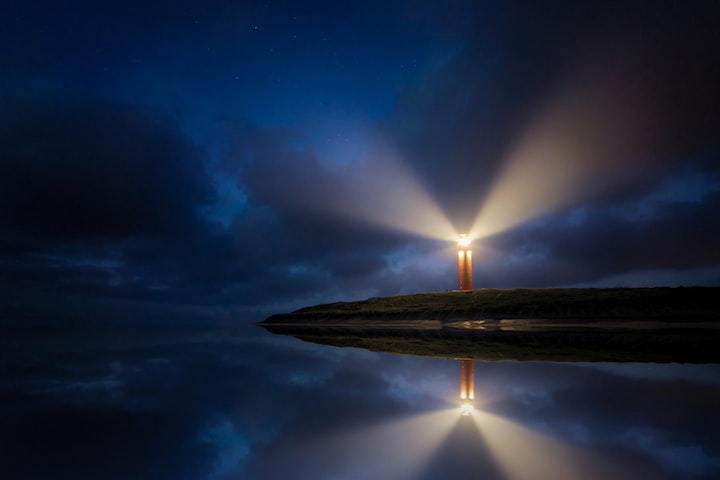 Photo by Evgeni Tcherkasski on Unsplash

Author's Warning: This short story doesn't have a nice tidy ending but instead is open ended. If that's not your thing, feel free to read something else! ~ C

I’m from Labyrinth. That’s the name of my town. Weird, isn’t it. Apparently the guy who founded it, a couple hundred years ago, was obsessed with Crete and the legend of the minotaur in that huge labyrinth. So that’s your history lesson for the day. Why anyone would name a town Labyrinth, I have no idea. Except that, because of the founder, the town, well, is really a labyrinth. The streets are like one giant maze, and even living here all my life, growing up here, I still get lost and turned around. Streets branch off in strange directions, and sometimes just abruptly stop and go nowhere. I guess a bit like a cul-de-sac. It’s frustrating when you’re trying to get to the grocery store, but make a wrong turn, and then you come to a dead end. And you really have to pay attention if you want to get to work on time. At least I do. Sometimes it feels like the roads change, and move. That they end up in different places. I’ve not heard of a maze doing that ever, but I’ve seen some really strange things here. Mind you, I’ve never been anywhere but here. Maybe things like this happen in other places too – big cities like Chicago or Los Angeles or in England, I don’t know.

The lighthouse, just outside of town, is where most of the strange stuff happens. First of all, Labyrinth isn’t anywhere near water. So why there’s a lighthouse in the first place is weird in itself. It just sits up on this raised bit of land. So wherever you are in town, you can’t miss it. It’s like some strange sentinel, on the lookout for…something. Guarding the town from…well, not from any boats, that’s for sure. The ocean is a couple thousand miles away. Labyrinth is landlocked. There’s not even any rivers nearby that the lighthouse could warn boats on it not to…I don’t know, not to stop in Labyrinth, maybe.

The weird thing about the lighthouse is, it’s working. That might not sound strange to you. But it never has before. Ever. Not since I was born, not since my parents moved here. Not since it was built. I’m not sure why it was built anyway. Maybe whoever did it liked lighthouses, and thought Labyrinth should have one. Whatever the reason, it has never worked. I didn’t even think there was even a lightbulb in it. I know, I’ve been up there. Lots. It’s something you do when you’re bored. Go along the windy, rocky, pitted road up the hillside, and climb the lighthouse. It gives you a really cool three-sixty degree view of the town, the mountains on one side of it, and the forest on the other. I used to go up there when I wanted to be alone. Sometimes I’d go there to be alone, and there would already be people up there, hanging out, making out, the usual teenager stuff.

But that was when the lighthouse was just an old, empty, tall building with winding stairs up to a viewing deck. Now, it’s an actual lighthouse. Without anything to be a lighthouse for. What’s the purpose of a lighthouse? To warn people. And since there are no boats to warn, what, or who, was it warning? The town?

I just noticed the lighthouse was on yesterday. Only because I ran into Mrs Harris. Literally, I bumped into her because she was standing still in the middle of the sidewalk, looking at the lighthouse on the hill. I was about to mumble something ungracious and continue on past when she grabbed my shoulder tightly. “Ella, look!” she said, gripping me painfully as she pointed at the lighthouse. I didn’t see it at first, the light hadn’t made it around to us yet. But then there it was. A flash from a giant bulb that hurt my eyes, and then was gone again, only to reappear a few seconds later.

“So?” I asked, in a tone that made it sound like I thought Mrs. Harris was crazy.

“So? So? Don’t you know what this means?” The woman almost screeched and I winced, raising my hands to my ears.

“It’s the circus,” she whispered in a hiss as her nails bit into my arm.

“What?” I asked, totally confused. The circus? There had never been a circus come through town. Nothing much really happened in Labyrinth. Except the annual Cranberry festival. I hadn’t seen any posters up about any circus. I looked around, as if I was expecting to see carts full of elephants and tigers rolling down main street any second. “I don’t see any animals,” I said, still puzzled by Mrs. Harris’ reaction.

“No, no,” she said, shaking her head angrily, her perfectly coiffed hair bouncing. “Not that kind of circus! Not with animals. With them,” she lowered her voice and turned me to face her, grabbing me by both shoulders. I tried to tug myself free of her grip, but she just held tighter, staring intensely into my eyes with her storm grey ones. “The gypsies. The land pirates. They come in the night, on the third day, and in the morning, people are gone. They steal them. You don’t know who they are coming for, or how many. Sometimes it’s just one person. Usually it’s more. Sometimes a child, sometimes someone who is elderly, frail. Sometimes someone else. Someone like you, or me. There’s no rhyme, no reason.”

I could feel my eyes grow wide. I had never heard of this. Never heard of land pirates, and people being stolen.

Mrs. Harris continued, as if I wasn’t even there, still trying to release myself from her. “That’s why the Labyrinthine Lighthouse was built. As a warning system. To warn us about the pirates. They only come around once every hundred years or so.” She looked at her watch as if that would tell her that a hundred years has passed since the last arrival of the circus.

Mrs. Harris looked at me again, as if just remembering I was there. “Do? We leave! If you don’t want to be taken, you have to run.” And with that , she took her own advice and sprinted off down the street, eyes darting nervously around her.

Today is the third day, and the sun is going down. I’m writing this from the lighthouse. You might be asking yourself why I haven’t left. Why I haven’t run, like Mrs. Harris. I can’t answer that. Maybe it’s just morbid curiosity. Like I said, nothing much happens here in Labyrinth. I want to see the circus.

Hopefully I’ll be one of the lucky ones.

Check out another of my fiction stories below!