Somewhere Only We Know

by Megan Stewart 8 months ago in Love 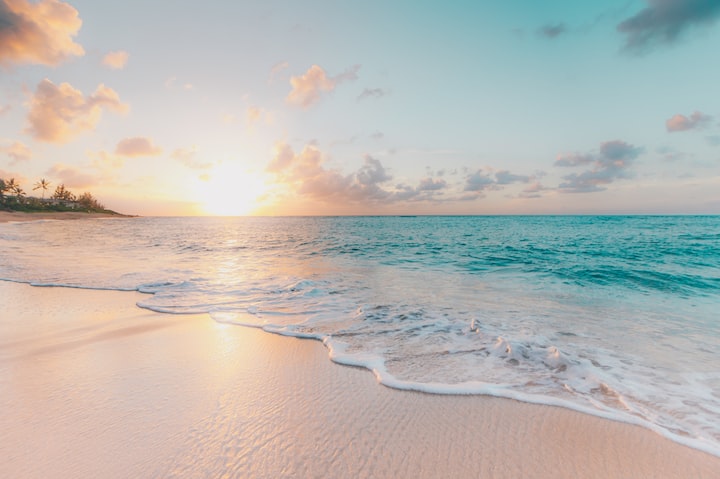 Photo by Sean Oulashin on Unsplash

I had been here before, a long time ago.

Back then I was just a stupid kid, not really understanding the magnitude of where I was or the opportunity presented before me. Not many people have the chance to travel to another country, to take in a new culture. Fewer people still would abuse that gift and taint it. And that’s just what I did.

Stepping foot off the plane, I took my first step into this beautiful oasis. I didn’t know then that I’d meet the person that I thought would be the one. I didn’t know that he would break my heart, shatter it and taking a piece with him. He made sure it would never be whole again.

He was charming, handsome, and so easygoing it was contagious. He was to be our small group’s liaison, our tour guide through our short stay on the islands.

But like most girls with a crush, I wasn’t satisfied with just that. I needed more, wanted more, and I’d be damned if I didn’t get it. All it took was one late night walk along the beach, toes gently caressed by the water as it cascaded over the shoreline. It wasn’t unusual for me to take midnight strolls in this presumed paradise, but it was the first time that I laid my eyes on him outside of a professional setting. Clearly he had the same idea that I had. But not.

Waves broke around his form as he swam leisurely near the shore. Water glittered off his chest in the moonlight, like little diamonds, and I was mesmerized. I knew there was more underneath his plain blue button-ups he seemed to wear every day. Tan skin dipped below the water, and as my eyes tried to follow down into the dark depths, I noticed him looking back at me, a knowing smirk on his lips.

“See something you like?” It was so cliche and expected, but it still took me by surprise. My jaw hung open like the fish feet away from me.

“I didn’t mean to stare,” I said as I turned to walk away.

“Why don’t you join me?” he asked. I turned back and he was slowly making his way toward me and it became clear that this was an offer for more than just a midnight swim. Heat rose to my cheeks as I tried my best to keep my eyes focused on his face. If they ventured any lower and I knew I’d be in trouble. In moments he was standing before me, completely unashamed of his body. And rightfully so. He was perfect in every sense of the word.

My voice failed me, and he took my hand, guiding me back into the water. As the waved soaked through my clothes, he shed them one layer at a time until I was like him, naked as the day I was born. I felt enraptured by his gaze, paying no attention to my clothes that were slowly sinking to the sandy ocean floor as the water weighed them down.

That is still one of the most magical nights of my life, even though I’ve tried to move on from that time in my young adult life. Those two weeks spent with that man changed me. I used to be so carefree and would wear my heart on my sleeve. I trusted people implicitly, regardless if I had just met them. I didn’t have a rough childhood, and even though I wasn’t spoiled or super wealthy, I was blessed with a stable, loving home life that taught me the value of a dollar and hard work.

It took one trip after I graduated from college to strip me of my ability to love easily and aggressively, to believe that you couldn’t have it all, no matter how hard you worked.

I knew that it would only be a fling with him, but I had grown to care for him in ways I couldn’t have imagines were possible. As we drove with our group back to the airport, we made a promise to each other, that we would come back two years from then and reconnect. He told me that he’d be faithful to me, that he knew I needed those years to build myself up in the career of my choice. It seemed he wanted me to live my life, to make sure it was what I wanted, but all I wanted was him by my side.

Two years to the day, I showed up on the island, on the same beach where we spent our first night together, and when I saw the sun coming up, beautiful shades of orange and pink lighting up the sky, I thought maybe he forgot, that maybe he was just late. I returned every night for a week, and when he didn’t show, I felt myself crumble on the inside. I didn’t want to give him the satisfaction of my suffering. It was a joke. All of it, our entire short-lived relationship.

That was four years ago, and while returning here to this place seems to hurt me more every time, shoving that knife deeper into my abused heart, I can’t seem to give up the hope that maybe one of these times he’ll return to me. I want my life to be like a movie. I want him to show up unexpectedly and sweep me on my feet, but my hope of that happening grows smaller as the years pass before me.

I know this is going to be my last trip. This is my last night.

I need to move on and find someone who will be there for me, who will keep their promises and cherish the connection that we have. I can conjure up images and thoughts of why he never came. He moved on, found someone else. He passed away from some crazy illness, he thought I’d forget our promise, take it at face value as a summer fling.

But I can make this final trip a happy memory. This isn’t a goodbye, it’s a new beginning, a new start. And when the sun peaks up over the horizon tomorrow morning, I’ll use the new day to start a new chapter in my life.

More stories from Megan Stewart and writers in Fiction and other communities.