Package to the Past

A Tale of Time and Tragedy 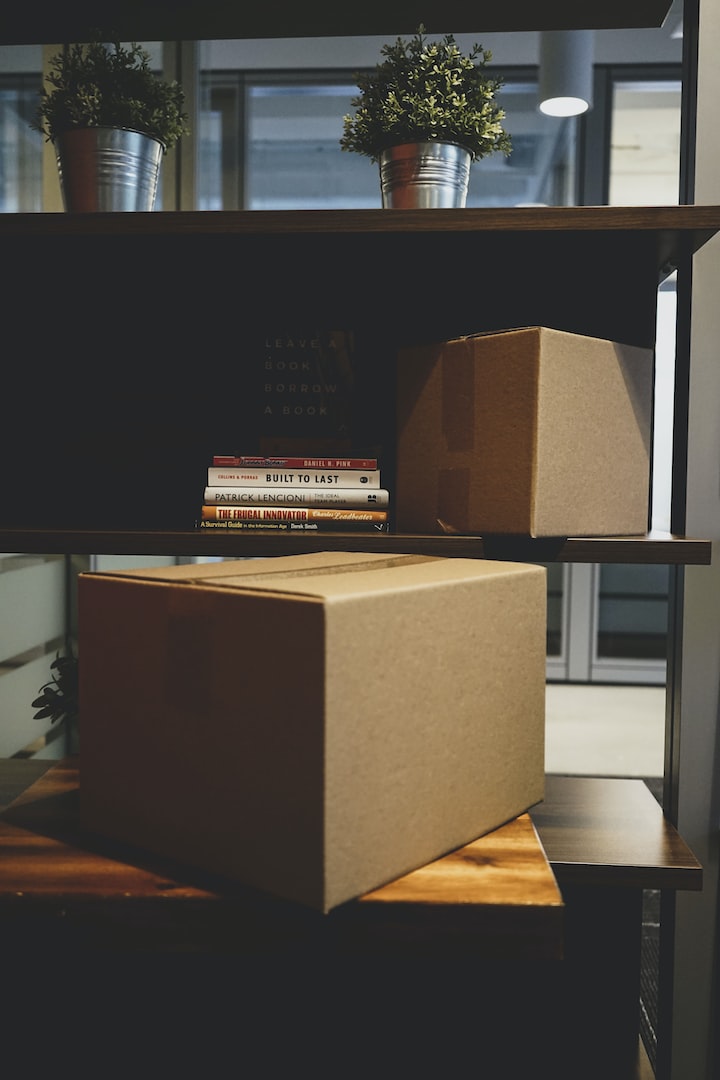 The world ended right in front of me. It fell apart and shook beneath our feet. Buildings began disintegrating, crumbling, taking people down with them…and it was all my fault. I’d started the end.

I hadn’t meant for any of this to happen. None of this should be happening but I was just too curious. I was curious so I opened the box and now here we are. Here we are at the end of everything.

It was just a box. A plain brown box that appeared on my doorstep less than a week ago. It was nothing. Well, it should’ve been just nothing until it uh…wasn’t.

The label left nothing to be desired; a small white sticker plastered across the front of the box with only my name and address in thick black letters. It wasn’t anything new, really. I’d gotten random packages in the mail before but usually, they were from Amazon!

So I brushed it off. I set it on the table in the corner of my bedroom like I’d done a thousand times before with so many other packages. I hadn’t given it another thought even as I climbed into bed that night and pulled the covers up over my head to drown out the incessant pounding in my skull. It was like someone had shoved a metronome deep into my brain with little regard for my need for sleep.

It wasn’t until a few hours later that I realized the pounding wasn’t just in my head.

It was coming from the box.

Maybe I was going mad. Maybe after all these years I had finally lost my mind. I wouldn’t be surprised honestly if that were the case but I hoped it wasn’t. Because if it was, if I was finally slipping away into madness, then that would mean that they were all right. All of the ones who told me I was just a silly girl with a wild imagination would finally be proven right. And I could not let that happen.

The pounding gets louder and louder as I step closer to the box and before I know it, I’m standing right in front of it with my hands already reaching for the tape.

“Please…let this one finally be real,” I say to myself as I tug at the edge of the tape. I hold my breath when the tape finally budges and I am able to start peeling it away from the cardboard.

It’s only when I get the last of it off that I realize this might be a huge mistake. I have no idea what could be waiting for me inside this box. It could be anything really and I’m willing to just let it into my home all for my need for validation.

A light bursts from the box as the flaps are blasted open and the pounding increases tenfold. I duck down and cover my ears as the pounding quickly shifts into a high pitched squeal. With my head down and my ears covered, I squeeze my eyes shut and pray with all my might for this to end. I don’t want to be right anymore.

The squealing comes to a halt and the next thing I know, there’s a hand on my wrist yanking me to my feet.

I stare in shock at the young girl suddenly standing in front of me. Her thick blonde curls are pulled back into a ponytail at the top of her head and a pale pink scar runs the length of the left side of her face; the scar a stark contrast to her caramel skin. She looks familiar. Like someone I know but can’t quite place.

The girl tightens her grip on my wrist and pulls me closer.

“Are you Emilia Loraine French?” she asks.

“Good,” she says with a huff while dropping my arm. “I need you to come with me. Now.”

I snap my gaze to the empty box tipped over on the table and the realization hits me like a ton of bricks.

The girl rolls her eyes but nods nonetheless. “Technically no but also yes. It’s the only discrete temporal delivery system that I could get my hands on. Now, can we go?”

I scurry away as she reaches for my hand once again and back up against the wall behind me. Of all the things that could’ve been in that box, this is not what I had imagined.

“I don’t even know you. Why would I just go with you?”

“Because, you don’t have much choice. We need to go. Now.”

I shake my head and she groans.

“No, I’m not going until you tell me who you are and what you’re doing in my bedroom.”

“Fine,” she shouts. “My name…is Emily. Emily French. I’m your granddaughter and I need your help to save the future.”

More stories from Annika Davila and writers in Fiction and other communities.