Careful What Name You Choose

by Gerard DiLeo 3 months ago in Humor

The Night Elvis Left the Building 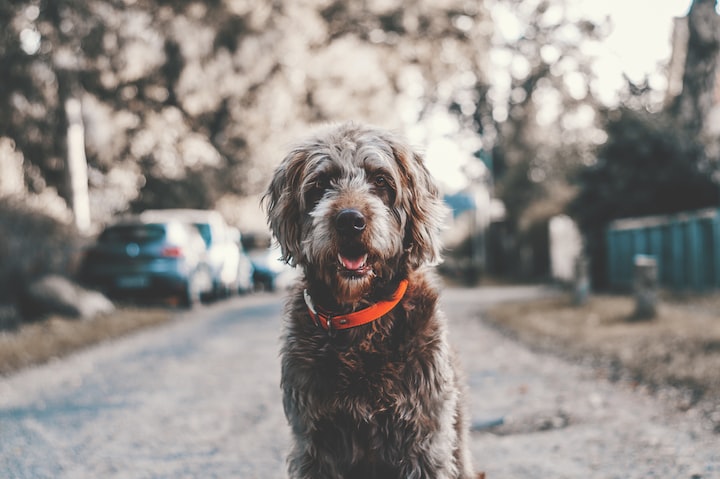 Photo by Eddy Lackmann on Unsplash

Shortly after moving into our new neighborhood, my wife found him on Interstate 12 in Louisiana. Unannounced, she delivered him to me, which was clearly against the rules. But our home is like the Roach Motel--if anything checks in, they never check out. The smell was painful, and after addressing the filth, tar, and matted hair, he was still unrecognizable as any particular breed.

"Maybe," she answered, "but he was howling when I found him, and it's a timeless name, and we can fight about this for three days or just agree right now and save our marriage a lot of angst."

Elvis had no testicles, so at one time he was cared about and cared for, even if someone had not cared for his testicles. Elvis had been feral for God knows how long, and it was lucky that my wife found him when she did, because Interstates and animals just don't mix. He was freindly enough, but he really did howl--so much that we'd have to let him out before any unkind thoughts gain traction.

During those times he would often disappear from our yard and visit our new neighborhood abroad. I would have to drive around looking for him. I knew his favorite spots, and he was still a howler, which made it easy to steer my way toward him; when I rolled up and whistled discretely to him from the car window, he'd come running. An open door met his leap into the passenger, back to responsible ownership.

Half the time he'd saunter back in the walk of shame a few hours later, but my direct involvement in this routine happened frequently enough and remained unaltered until one evening; I noticed Elvis was off earlier that evening but hadn't returned at a reasonable hour. I left the gate open to the yard so he could get back in and, if I heard barking in the middle of the night, I could simply open the back door.

This didn't fly well with my wife, who insisted I once again drive the neighborhood streets in search. To her it was a missing person case, worthy of an APB. Off I went. When I came back an hour later with a negative report, she threw on some clothes and we set back out together.

I'm a pretty self-conscious person, so I never called out to him loudly; he always had responded to the sound of a car just above idling, or at worst, a discrete whistle. My wife deemed it an emergency enough, however, to scream his name. Loud enough to carry through as many streets and blocks as possible. It was two in the morning, as a point of information.

"Not our Elvis," I reassured her. "The Elvis. We must sound like idiots yelling for Elvis Presley."

"He's left the building, now go to bed!" yelled a woman from another house.

"This ain't Graceland, lady!" another woman joined in.

Before long, we were both shouting for Elvis.

We garnered quite the reputation in our new neighborhood--the nuts pining for the King. It took months for everyone to warm up to us, but it could have been much worse. We could have named him Jesus.

Receive stories by Gerard DiLeo in your feed
Gerard DiLeo
Read next: Like No One Is Watching