Will Pizza Ever Die?

by JR Flaherty 2 months ago in history 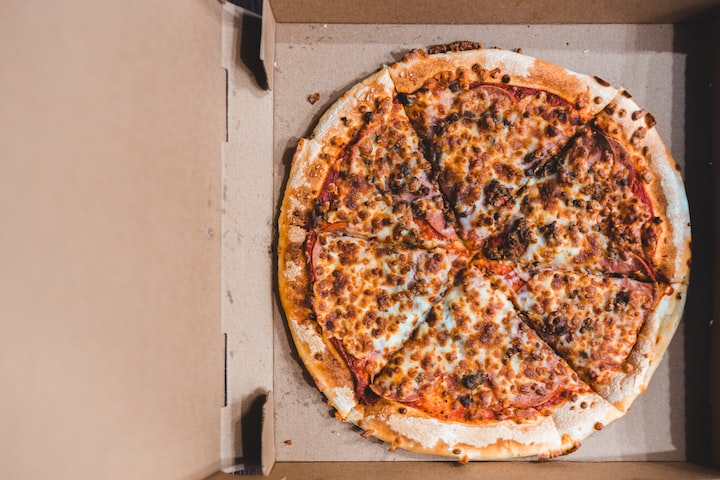 Imagine one day you call up your pizzeria for a delivery. No answer. That's strange. It's 8 pm on a Friday.

You start to panic. The worse scenario runs through your head: Is my favorite pizza place still in business?

You try another place's number. You can't be serious. The same thing: The number rings out.

You check your delivery app. No pizza category. What is going on? It is an actual nightmare.

What happens the day the pizza dies?

Don't worry; pizza hasn't completely disappeared off the planet. You can wake up now; it's only a dream, even if it is a bad dream.

It hasn't happened yet, but it is not an entirely fanciful suggestion, either.

Along with all restaurants, pizza restaurants are closing all over the world due to business shutdowns during the pandemic.

For every pizza sold as a takeout, there's another business going down.

Could the inconceivable happen one day?

The day there is no takeout pizza, no quick slice. What, you'd have to make your own?

Have you ever tried to make your pizza?

Unless you have a proper pizza oven in your back garden and the right pizza flour, it can turn into a sloppy mess in your kitchen oven.

We tried during shelter-in-place orders, and the pizza flopped into a pile of dough, tomato puree, and sour cheese.

To get that real pizza feeling, you need an expert pizza thrower and a very, very hot oven.

In regular times, it's easier to call a takeout or order on a delivery app.

This is not regular times.

I don't cook… Not as long as they still deliver pizza. - Tiger Woods

Where is the real history of pizza?

Pizza has a long and much-contested history.

Some say the origin of pizza dates back 7000 years ago when humans first baked bread in Sardinia, Italy.

Some say the pizza was found by ancient Persians, Greeks and has an ancestor in Turkish lahmacun.

Some say it traveled from India and was inspired by paratha or naan bread.

It won't surprise you to learn countries hotly contest the origins of pizza wherever you travel around the Mediterranean Sea.

Most food experts agree the first pizzeria in the world dates back to Italy. Specifically, Naples in the late 19th century. Although some say, it dates back to the 1700s.

As you can imagine, pizza is taken very seriously in Naples, where they even have a regulatory body called the "True Neapolitan Pizza Association" (Associazione Verace Pizza Napoletana). It sets standards on ingredients and regulates pizzeria quality.

The history of the American slice

Most people agree Naples is the ancestral home of pizza, although the United States has a strong claim for its pizza styles.

The first pizzeria in the United States opened in 1905 in New York. Called Lombardi's, its founder, Gennaro Lombardi, is credited with inventing New York-style pizza.

The first frozen pizza was created in 1962. Before then, pizza was solely about a slice to grab on the go. Frozen pizza revolutionized how Americans ate a whole pizza at home.

"Far out in the uncharted backwaters of the unfashionable end of the western spiral arm of the Galaxy lies a small unregarded yellow pizza." - Douglas Adams, The Hitchhikers Guide to the Galaxy

So why am I so worried about pizza's sudden demise?

Take a look at the trends. They're not great.

The pizza trade is composed of establishments that prepare and serve pizza. The whole industry includes both restaurants and takeout establishments.

The Pizza Restaurants industry has declined over the five years to 2020 despite rising consumer spending and changing preferences.

Despite the flat figures, the industry is expected to have challenges when the economy picks up.

The most intense competition is from other fast foodservice segments.

The statistics don't include the full year of 2020, so we cannot see the full picture of unemployment.

Can the pizza industry survive this downturn? Best to get prepared for the worst-case scenario now. A life without pizza is unimaginable.

I love my pizza so much that I have come to believe in my delirium that my pizza might actually love me in return. I am having a relationship with this pizza, almost an affair. - Elizabeth Gilbert

If you don't order it, you also lose it.

Most pizza joints are family-run restaurants. Eighty-six thousand seven hundred one businesses in the United States employ, on average less than ten people per place.

Even though pizza is a popular food, it is a tough business, even in Italy, the home of pizza, where an estimated 50% of pizzerias close within their first five years, according to Unioncamere.

Competition is fierce in the pizza industry, even in the big Mama of pizza, Italy. After the year we had, even more so.

It's a fight for pizza survival in this brave new world.

According to PMQ's 2018 Pizza Industry Census, 64.45% of respondents stated they offer a gluten-free crust, and 23.92% reported offering a vegan pizza. Even Keto pizza has gained popularity.

We have had a challenging year for restaurants, to say the least. Still, pizza is dominated by the big four delivery pizza companies: Papa John's, Domino's Pizza Inc., Little Caesar Enterprises Inc., and Pizza Hut Inc.

You better cut the pizza in four pieces because I'm not hungry enough to eat six. - Yogi Berra.

Will the real pizza please stand up?

The big companies take a lot of inspiration from the small mom and pop places. But is it real pizza?

If small restaurants go under, pizza, as we know, will slowly disappear. It won't happen overnight. But it will happen.

Unless you think a frozen home pizza is the same as hand-thrown dough in a pizza oven?

They are about as similar as Justin Bieber is to Frank Sinatra.

If you love pizza, do yourself a favor. Find your local pizzeria. Drop down at lunch or dinner and say hello. Order a slice tonight.

The world is not living without a proper pizza.

I talked to a calzone for fifteen minutes last night before realizing it was just an introverted pizza. I wish all my acquaintances were so tasty. - Jarod Kintz

Typing it up. Tips always appreciated.

See all posts by JR Flaherty →