by Lee J. Bentch 6 months ago in cuisine
Report Story

A story of olive intrigue and how to avoid throwing up 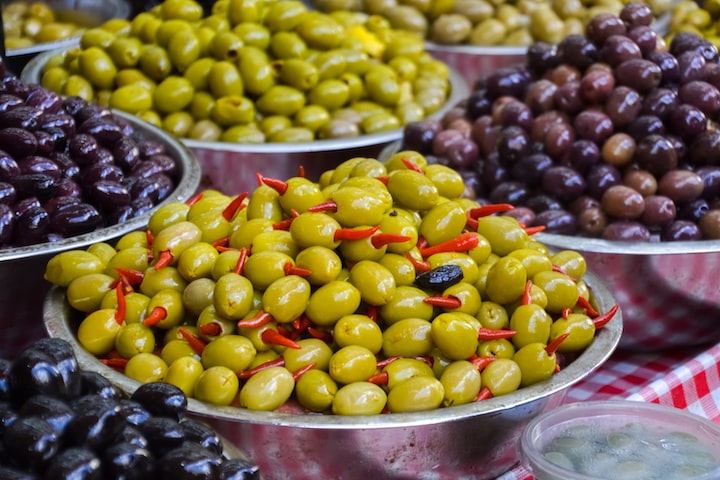 I was recently reminded of an experience with olives where I nearly threw up at my relative's house.

A few years ago, I took a business trip to a city in the Northeast that was within twenty minutes of where my Aunt and Uncle lived. There was no way I could sneak into the vicinity and not stop in to see them.

I called and gave them the dates I would be in town. They were excited and anxious to see me.

Upon arriving at their condo, they welcomed me with open arms, hugs, and kisses, offering me a glass of wine and a seat.

"How is the family, what are the kids up to, how's your wife?" they asked.

My visit was turning into a pleasant and restful afternoon, for which we planned to finish off with dinner at a local Thai cafe.

All was good until my Aunt walked in carrying a beautifully designed tray of olives, with a bowl of Tapenade and crackers.

Oh God, my beautiful afternoon just turned into a nightmare.

I have a pathological hate for slimy, nutty, brined olives of any variety. My hatred is so intense I almost got divorced over them, but we worked that out.

Something about olives makes me gag: I avoid them at all costs and have managed for over fifty years to avoid eating them. They are the number one villain on my don't eat list. I don't know if it is the texture, the lye processing, the salty brine, or the pits and pimentos.

I know taste buds change and shift with age. However, I have tried multiple times to learn to eat them. The results are always the same, total disgust.

With the tray in hand, my Aunt says, "We made a special trip to our favorite delicatessen to get these olives. We know how much you enjoy them."

Oh my, it didn't take long to realize they had me confused with my brother. He's an olive addict. He loves them; I hate them.

My Aunt insisted I take a plate and partake. The challenge is my body has no compromise on its olive reaction: it immediately goes into choke mode, then ungraciously expels the contents as quickly as possible. It's not pretty. I always wonder if I'm allergic to them.

My efforts to decline the delicacy were pushed back by their kindness and insistence. In the interest of good family relations, I was facing a losing battle.

I began mentally preparing myself to slather up a cracker with Tapenade, stuff it into my mouth, quickly swallow it along with eating another plain cracker. The intent was to offset the taste and mitigate my body's response. I also had a fresh glass of wine, hoping it would divert my brain.

I went as far as making a small plate and placing it on the coffee table. I could tell they were anxious to hear my opinion of how good the snacks were.

I felt like I was living in suspended animation. I flashbacked to when I was six years old, staring at a plate of broccoli and peas, hearing my mother say, "Eat them; you can't leave the table till your plate is clean."

After a few minutes, I reached a point of no return. I took the plate and was about to eat the enemy when a minor miracle occurred.

My Aunt got up to answer it, as did my Uncle. They still had a landline mounted on the kitchen wall. I found myself alone.

Acting quickly, I grabbed the few items on my cocktail plate, wrapped them in a napkin, and slid them into my pocket.

I then stuck my head in the kitchen and motioned I was going to the bathroom. I did my thing and happily dropped my crackers and olives in the commode, and against better judgment, I flushed.

Upon returning, they were still on the phone. Ten minutes later, they reappeared, and it was time for us to leave for dinner.

We had a pleasant meal. The topic of olives never came up in the conversation.

I am a general interest author actively involved with technology and communications. My inspiration to write is multi-dimensional. I am a multi-service Veteran.with a Masters in Communications from the University of Northern Colorado.

More stories from Lee J. Bentch and writers in Feast and other communities.