by Caroline Louise 10 months ago in vegan

An open-letter to the aspiring vegan

Pull up a chair. Let’s jump straight in with an epic example of lifestyle contrast:

Yep, you can bet that chocolate bar isn't vegan either

I hope I don’t look as sad as these vegetables, or no one’s going to read any further

But enough of me and my obnoxious, vegetable-loving selfies, what about you?

Disappointingly, veganism hasn’t given me superpowers (… yet!), so I can’t read your mind. I don’t know the reasons why this lifestyle choice pulls at you. There are plenty of really good reasons, and for me they only increase as time goes on. In fact, a 2018 Oxford University study found that avoiding meat and dairy is the single most effective way that I can reduce my impact on this precious earth.

Honestly, there are a lot of approaches that people take. Right now you might be:

Maybe this is a phrase you think often:

“There’s this one food that I just couldn’t give up—and unfortunately, it isn’t vegan”

If so, then I’m going to announce that this here is the article for you!

This seems to be a big hurdle for a lot of people I’ve spoken to. It doesn’t just apply to a transition into veganism either. Diabetics will make foodie sacrifices when cutting down on sugar, or athletes wanting to improve performance may sometimes decide to ditch alcohol permanently.

The thing is, in reality, you can give up a lot if you put your mind to it. I don’t say this to be flippant about serious issues such as drug dependency or food addiction. But if you’re struggling to imagine not ever eating your favourite cheese again, I can promise you that you are capable of great change, and that you won’t necessarily always feel the same way as you do today.

It doesn’t mean you’ll lose your cravings overnight. But these challenges must be approached one day at a time.

When I first started out, I’d think these big, dramatic things like, “I can’t believe I’m NEVER going to eat chicken again.” But ultimately, on that day, I didn’t really want to eat chicken. So what use were those thoughts serving for me?

I’ll say it again—one day at a time! 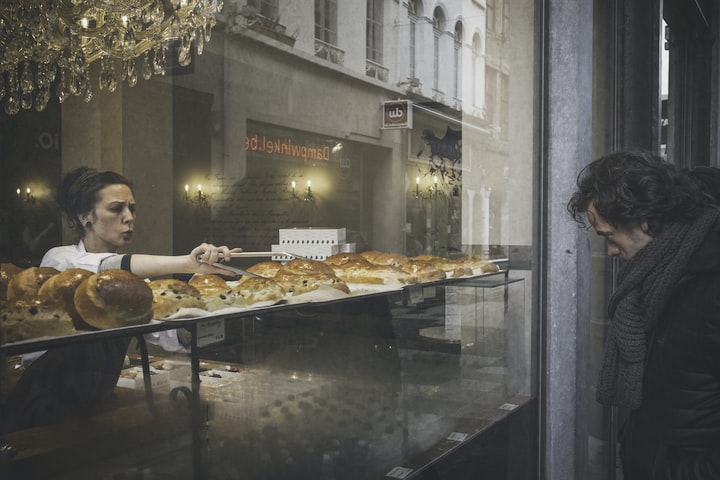 By Franky Van Bever on Unsplash

Let’s not pretend that you’re not going to get cravings. My first year of going vegan was pretty tough. Especially that first Christmas dinner without the roast lamb on the plate!

It’s all about your mindset in how you deal with them. Ultimately, for me, if I had given in, I would have been giving up, and I was far too stubborn to let that happen over something as insignificant as a passing urge.

Analyse your cravings. Try to figure out where they’re coming from.

For example, a fellow vegan once said to me that when he has cravings for non-vegan foods, he goes and makes himself a good old hearty vegan meal. He has identified that the cravings actually relate more to calorie-dense foods in general, and it’s easy to see how this could lead him to wanting burgers or steaks. However, he can successfully replicate this and satisfy himself with heavy vegan foods, for instance, a big bowl of pasta or an amazing plant-based burger.

Of course, cravings can also get confused with thirst, or be worsened by just being hungry in general.

If you’re nutritionally deficient in something, your body will tend to look for it wherever it can find it—and your first thought might be for a non-vegan product that contains it.

Interestingly, several studies have found that spinach is amazing at curbing cravings (side note: how often do you hear of an animal product having impressive physical and mental benefits? Vegetables are the stars of the show).

Planning your meals at the beginning of the week could be the perfect solution for you, as it would limit your chances of rushing into the supermarket whilst hungry and grabbing whatever you want at that time.

As always, do your best to get a good night’s sleep.

Or maybe you just need to distract yourself with something else in that moment.

Most importantly though, if you do fall off the wagon, get up, brush yourself off and start over again tomorrow. It’s really the only way.

Another good place to start is to investigate the vegan alternatives that are out there.

Of course, this will vary depending on where you live and what your budget looks like. I wish I could say that every person reading this will have access to amazing meat and dairy alternatives, but we just aren’t there yet globally.

But if you can, look around the shops nearest you, or online, and pick up an alternative that you could use instead of the food you think you might not be able to live without.

I’ve been in the ol’ vegan game for a while, so I more-or-less know where I would personally rank each popular ingredient used to replace a non-vegan one. But I might hate a particular brand of vegan cheese, whereas you might taste it and think, “Cor, this would be amazing melted onto some instant noodles” (… or maybe you’re classier than I was).

During my time as a vegan, I’ve also seen the alternative products that are available vastly improve, both in quality and range. Of course they have! The demand for veganism is rising.

A key thing to do with food group alternatives is to not try one particular brand, feel underwhelmed, and then decide for instance that, “Vegan meat substitutes are rubbish.” I hear people doing this a lot. I sometimes suspect they use the line to give themselves ‘permission’ to carry on eating the non-vegan version of something. You are better than this. Keep an open mind to what is out there and keep exploring! There are so many exciting and delicious options that are now available to try.

As time goes on, your feelings towards a product might change too. For instance, if I eat a seitan burger now, it’s not because I really miss chicken and I want to replicate that flavour and texture. It’s because I really f-ing love seitan.

You won’t get it perfect. But I think that’s kind of the nature of the beast.

Ultimately, remind yourself that there are more important things than what you want only in the here and now. There’s a bigger picture and a wider contribution that you’re making to consumerism when you choose vegan. And I’ve only really covered foods here, let alone other purchasing decisions that you’ll make.

If you compare giving up a certain non-vegan food to some of the things that you really, actually, physically can’t do, I hope you’ll see that giving up your make-or-break food is totally doable.

And hey, maybe one day the physically impossible will become possible, and I’ll finally be able to do a handstand too.

Veganism is a big old learning curve, my friend, and you’ll get better at it every day that you engage with it. And if anyone judges you for what you've achieved or not achieved so far, quite frankly, they can get in the bin.

I've come on a long way since writing these articles. Find out how far for yourself - Life Trod Lightly.

See all posts by Caroline Louise →