The Addition that Makes Summer, Well...Summer. 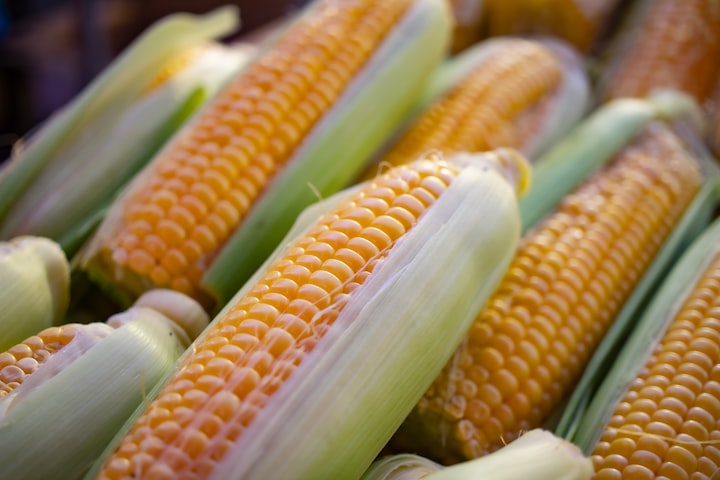 Summertime favorites abound! Some like juicy watermelon, others hot dogs seared on the grill. Still others, it's that camping favorite, the s'more. All good choices, sure. All very reminiscent of the hot summer months.

To me, however, the ultimate summer food is corn on the cob. Nothing says "summer" to me quite like it.

Eat it plain, or butter it up - either way, it's delicious.

Don't think it's the best summer food around? I guess maybe not if you don't enjoy the pleasant mess of melted butter and the sugary-sweet contents of each individual kernel. Or the act of picking your teeth free of the remnants of such a satisfactory food.

As far back as I can remember, corn on the cob has been a summertime staple. Most often boiled on the stove to go alongside those suppertime brats or steaks, it's such a simple food.

I think that's why it's perfect.

There's very little to do to prepare a cob; most of us only ever have to husk it and toss it in a pot of water to boil. Maybe add that bit of butter when it's cooled off some - maybe even some salt and pepper if we're feeling it - and then the consumption can begin!

The lines of kernels are often visually delicious. Plump. Juicy. And so fun to eat! How many foods can we actually say are fun?

In 2021, I even found the act of picking the corn myself satisfying! My aunt and uncle flew me out to South Dakota so I could help them pick corn and can some other foods. Quite the adventure, that - read all about it here.

Picking that corn that summer taught me a few things. First and foremost, it taught me how much more fulfilling it is to pick my own food; literally!

It also taught me that there is a peak time to pick the corn - and it's a very short window! I've since been more appreciative of a really good batch of corn!

In 2021, I was taught how to select a good, fat cob to pick, how to remove it from the stalk, and easier ways to remove the husks and corn silk - the most tedious part of preparing corn on the cob.

But my goodness, was it delicious.

In my three weeks out in South Dakota, I ate my fill of corn on the cob - freshly picked by yours truly. It was so fresh, and sweet, and the largest cobs I'd seen in years! They don't sell them that big in the big chain grocery stores! I daydream about that corn sometimes....

It's always been a favorite of mine growing up; for my birthday at the end of August, the most common things I request for dinner with my family is steak, mashed potatoes and gravy, and - of course - corn on the cob!

Soon it'll be prime time to go and pick this year's batch. I'll have to work around my work schedule at my current temp job, but I fully intend to go back out again this year to help do it all again - and get my fill of that sweet, sweet summer corn!

On its own or as a side. Covered in butter or left plain and simple. Keep your watermelon, hot dogs - even your s'mores! For me, hands down, the best summer treat is summer sweet corn (especially on the cob)!

I can't wait for this summer's harvest; just in time for my birthday too! It's nearly time to break out the toothpicks after dinner!

More stories from Megan Baker and writers in Feast and other communities.