by Jessica Bugg 11 months ago in history
Report Story

Hop Aboard Air Food One 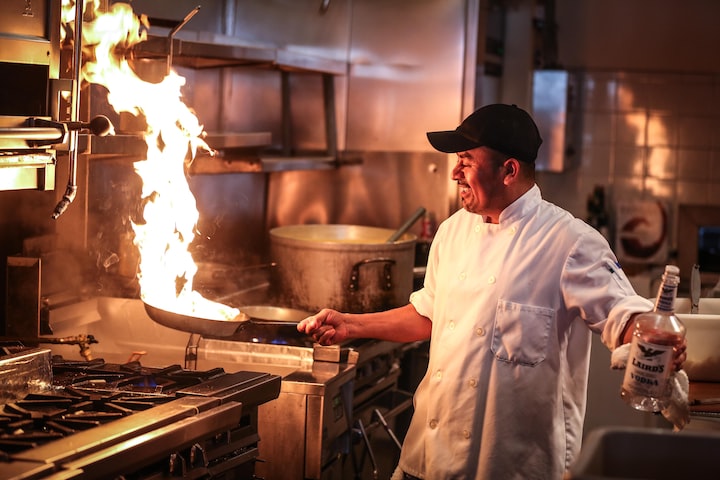 Photo by Johnathan Macedo on Unsplash

Even the President of the United States has to take time out of you know, running the country in order to eat. But what goes on in the kitchen for the leader of the US? It shouldn’t come as a surprise that the rules of the White House kitchen are a little stricter and albeit stranger than in your typical restaurant or private home chef environment.

So let’s look at some of the rules that a chef in the White House has to follow.

Each Food Item Gets Screened For Safety

While the White House denies having official “tasters” of the food that the POTUS eats, spokespeople have confirmed that every food item gets screened and checked for safety. That means that no food item can enter the White House without first going being placed through an in depth security screening.

Who Is In Charge Of Hiring The White House Chefs?

You would think that honor would go to the President, however, it is actually a part of the First Lady’s many responsibilities that we don’t hear a whole lot about. The FLOTUS has the discretion of hiring, firing, and directing all kitchen staff which is a pretty important task considering the amount of special events and occasions that are hosted each year by the White House.

So if FLOTUS doesn’t like your cooking, you are out. No matter how great your food is.

What Are The White House Chefs Responsible For?

In addition to cooking the First Family’s every meal and snack, ensuring those for safety, the chef staff at the White House is also responsible for the catering of State Dinners, celebrations, and any event that is hosted in the White House or on behalf of the Executive Office.

What If The President Doesn’t Like A Certain Food?

Presidents are allowed to ban foods if they do not like them. George H.W. Bush banned brussel sprouts from the entire White House while he was President. He also hated broccoli but that didn’t get banned. Brussel Sprouts though got a full on ban.

Much like an attending physician, if the President or staff are in the White House, the kitchen staff is on call. They can be asked to do anything at any time from make a late night snack or a full on dinner at any time. This is considered rare though but during times of emergency or late meetings could definitely happen.

The honor of the first President to request home brewed beer was none other than Former President Barack Obama. Reports from kitchen staff say that he thought it would be a fun idea. I am inclined to agree.

There is a dedicated sweets chef. The White House Pastry Chef is primarily in charge of sweets and treats for the First Family and for special events but the Pastry Chef does have a special duty around the holidays each year . . . a gingerbread house. Now, I am a huge fan of gingerbread houses so I can get behind this 100%.

The White House gingerbread house takes over four days to create and then is displayed for a few visitors . . . almost 60,000 to be more exact.

State Dinners Are A HUGE Deal

State Dinners are held when a visiting dignitary, head of a government, or monarch is visiting the White House. These dinners may have up to hundreds of guests and are no easy task to put on a state dinner.

Some rules include that from first course to last course you only have 55 minutes from start to finish and you cannot offer second helpings; but if a guest asks for seconds, the kitchen will honor the request.

The President can ask for any food they desire but some requests are a little . . . strange. Richard Nixon apparently liked cottage cheese with ketchup. Not judging here but I wouldn’t eat that.

You read that correctly. White House chefs make around $80-$100K salary per year but do not receive any overtime pay despite being on call 24/7 and providing every meal for not only the First Family but also visiting dignitaries and staff.

White House chefs go through intense background and security checks. It makes sense considering they are responsible for feeding the First Family. Additionally, White House chefs are not allowed to comment to the press while interviewing to work in the White House but once hired officially, can answer press questions.

The proper care and feeding of the POTUS is not for the faint of heart and requires a lot more work than I initially realized. I am still trying to get over Nixon asking for cottage cheese when bro, you could have requested ANYTHING.

More stories from Jessica Bugg and writers in Feast and other communities.