by Janelle Polcyn 3 months ago in cuisine
Report Story

And satisfying my hunger simultaneously 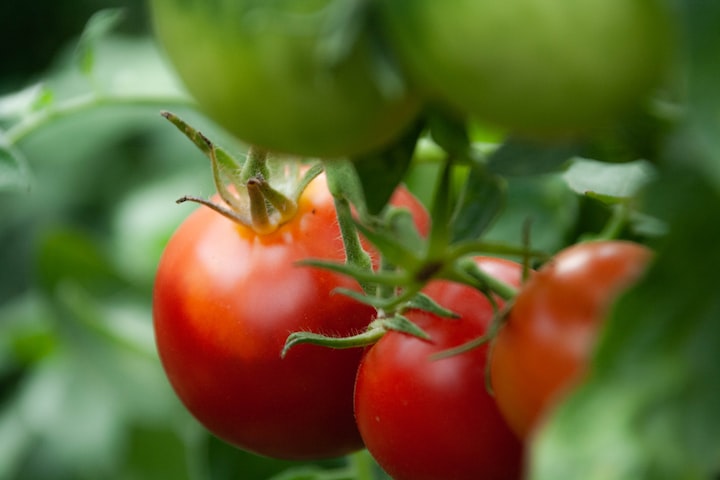 Photo by Robin St on Unsplash

I am easily bored. But also easily entertained. I have been an advocate for year-round school for as long as I can remember. Summer was just too long for me, but school was also too long. I liked the structure. Couldn't I get more and longer breaks throughout the year? Stretch it out?

Alas, the superintendent would have none of it. He needed all of us for hay season and couldn't spare a single one of his children over the age of 10 for extraneous schoolwork to keep our minds as active as our bodies. Mom depended on other local schools (read: other homeschool families) getting together to share the load, and that only happened on a standard school schedule.

So, when Dad was still at work, the big kids were doing their thing, the littles were napping, and the remaining two banished me from playing with them, I was left to fend for myself. Maybe I deserved the banishment or maybe I decided I didn't like Michelle's way of playing Barbies while Paul was perfectly happy with the style. Regardless, I needed to create my own adventure.

I had finally learned to ride a bike last summer and was going to prove to everyone that even though I was slow to pick it up, I could be better than everyone. I grabbed a baby blanket that was fought over by at least three kids and hurried down to the barn. The little red bike with the hard-as-a-rock black seat and crumbling handlebar grips greeted me with a remarkable lack of spiders.

Before I knew it, I was living the life of a wanderer. I had no home, no spare clothes, just my sack on a stick and a bike. I was foraging. And in the summer, the best food to satisfy a wanderer's hunger was tomatoes from the farmer's garden. You had to be careful not to be caught or he'd drag you away and maybe call the police.

I stowed my bike as close to the tomato plants as I could without being suspicious. It felt like I snuck through the neatly cut grass for a mile, leaning against barn walls and ducking behind dog houses, before I reached the row of glorious, spindly bushes. You had to be extra selective with a feast like a tomato. If you took too many from one spot, someone might start putting up better fences or picking them more often. You had to make it look like no one had been there.

I grabbed one and hurried back to my bike. This time, the trek was a mere 15 feet. I huddled next to my trusty steed - he's a horse now - and carefully bit into the treasured treat. I'd been starving for hours. No, make it days. These tomatoes were the kind that sort of split in two. They have a membrane through the middle.

But neither of us were full, so I went back, forgetting to sneak, and grabbed three more juicy meals. I carefully laid them in the blanket and tied the blanket to a stick. I carried my load back to the bike and ate the rest there before mounting the bike/horse and heading out for the next adventure. If I remembered correctly, the berries by the cow barn should be ripe. I raced down the driveway, around the corner, and down the hill to the cow barn where I foraged for dessert.

When I was all finished, I put the bike away and took my dirty self inside. Mom told me it was almost time for lunch. Being a wanderer is hard work, so I was still hungry and gobbled it up. Then Michelle wanted to play outside and I was okay with that, so I left my wandering lifestyle behind for another day.

To this day, tomatoes remind me of playing make-believe in the summer and finding joy in the littlest things.

Writing is where I can think, but also where I can shut my brain off and just let the world disappear and the story consume me. Personal anecdotes, long-form fiction, micro-fiction, and things that make me smile.

More stories from Janelle Polcyn and writers in Feast and other communities.