Is Pasta the Italian Secret to Longevity?

by Asterion Avocado 5 months ago in healthy
Report Story

Someone should write The Pasta Study. Thank me later. 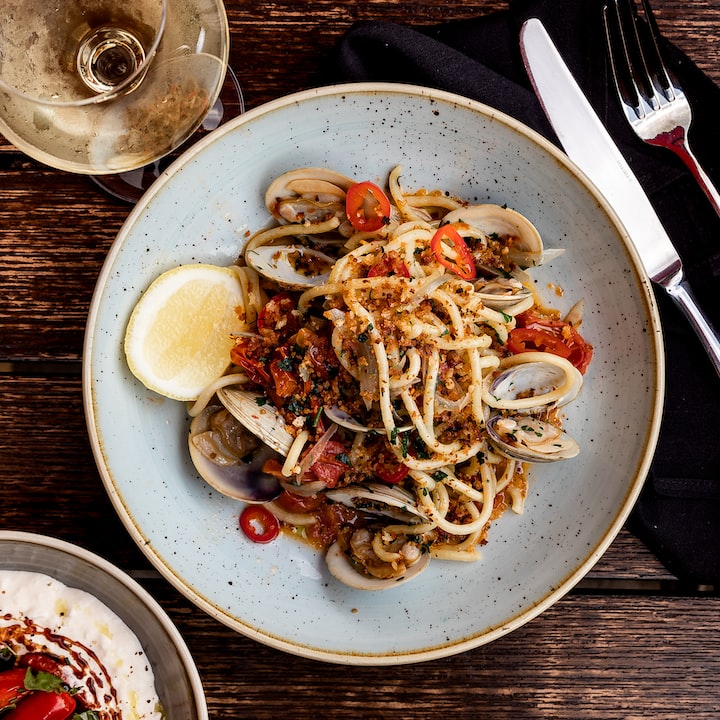 Photo by Clark Douglas on Unsplash

Deep into my time researching about the sublime for my next art essay, I discovered a concerning fact. My friend, or better, Carlos Garbiras has gone paleo.

Does he also spend his time in a CrossFit gym? If so, he didn’t say. Still, that would be a positive, while paleo….I'm not sure

Pete Evans calls paleo “the magic pill”. From there, you can already gather how much woo-woo and cult-like features this diet regimen is, even if it is snowballing around the globe.

Sure you will lose weight. But isn’t weight important mostly (if not only) when linked to health?

According to senior researcher Dr Angela Genoni, more than twice the quantity of a crucial biomarker strongly connected with heart disease was identified in the blood of paleo-subscribing participants. Individuals who advocate the paleo diet frequently claim that it is good for your gut health, but this study reveals that there were negative changes in those who followed the dietary pattern, according to Dr Genoni.

Elevated concentrations of trimethylamine-n-oxide (TMAO) in the stomach have been linked to an elevated risk of heart disease, which kills one Australian each twelve minutes.

But enough of stupid paleo. Actually one last thing: paleo means Palaeolithic, so referencing the idea that we should eat how we used to eat “in nature” before all civilisation destroyed humanity’s true way of living…But, does old mean right? Does ancestors mean healthy…longevity?

Ok, I’m not even sure there is such thing as “pasta study”, though there should be. The heading is inspired by the famous China Study.

What is the China Study? In summary, The China Study looks at the link between animal products (particularly dairy) and chronic diseases such as heart disease, diabetes, and a variety of cancers. The China–Cornell–Oxford Project, a 20-year research that looked at cancer and other chronic illness death rates in 65 Chinese counties from 1973 to 1975 and connected this data with food surveys and blood tests from 100 persons in each county.

But we’re not here to discuss that; instead, we’ll chat about pasta and longevity.

According to scientists, folks who consume “moderate” carbohydrates might expect to live four years longer. They recommend getting 50 to 55 percent of your calories from carbs, which may be found in foods like potatoes, pasta, and bread. Low-carb diets, on the other hand, tend to result in a reduced intake of nutritious fruits, vegetables, and grains — and a higher intake of meat. This can result in nutritional depletion, detrimental inflammation, and biological ageing.

Bad faeces and early death. This isn’t good. No one wants to die in their fifties with having pooed stinky poop with over-fermented animal carcasses bioproducts.

Although several aspects of the movie are genuine, it has been chastised for cherry-picking evidence to fit its objective and being biased towards veganism.

You should still watch it. Take it with a grain of salt if you want it to be an all-truthful God-given verb. More study is needed, but I believe the case is sound.

Simply begin to incorporate more vegetables and pasta into your diet. Then observe how things go.

In short, I’m just saying: It’s not about veganism, meatism, or other whatevz. Is about the fact that pasta is good, and you should eat it. Be it with pesto or guanciale.

More stories from Asterion Avocado and writers in Feast and other communities.