If You Can't Add Bourbon To It, Deep Fry It

by Jessica Bugg 11 months ago in list
Report Story

A Crash Course In Southern Cuisine 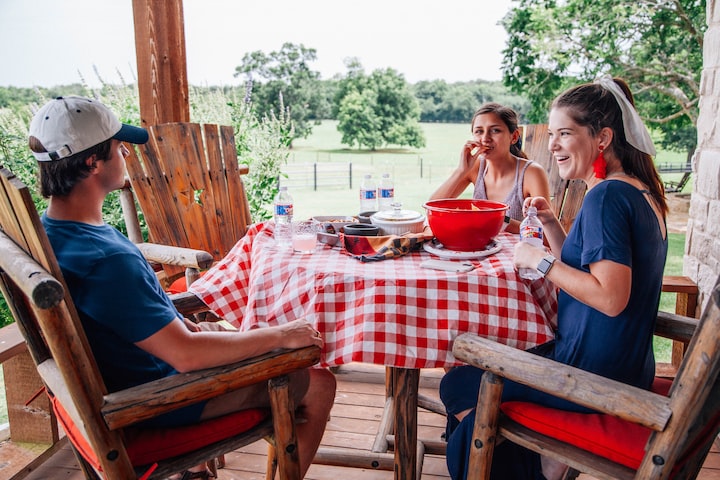 Photo by Ryan Jacobson on Unsplash

If You Can't Add Bourbon To It, Deep Fry It

A Crash Course In Southern Cuisine

Photo Courtesy of Ryan Jacobson via Unsplash.comNote: No Southerners were harmed in the making of this photo and were released into the wild upon filming completion.

Renowned for it's rich culture and distinct cuisine, no part of the US drums up quite the imagery as the South does. From the architecture to football to food to that time when Juvenile took over for the '99 and the 2000.

Having traveled all over the country, I can say without reservation, no one can serve up food like the South.

It only made sense that specializing in "Southern" literature creation, I would take some time out to outline some foods all y'all need to try. So let me know what your favorite is or if I left anything out.

I purposefully have not included Mountain Dew as it goes without saying that it is the culmination of any Southerners diet and deserves it's own piece entirely. (Like how I broke the fourth wall there again?)

Hailing from the great city of New Orleans or as we call it, N'Awlins, beignets are made with dough that is fried and then covered in powdered sugar.

Fried? Sugar? It checks the top marks for being Southern.

Warning: These are super addictive and fantastic.

My Nanie (pronounced Nan-EE) made these on the reg. each weekend. Biscuits in the south are homemade and served with sausage gravy although my friend Sarah's grandfather, Pa Bill, served his with chocolate gravy which was badass and she still won't give me the recipe.

It was shocking to find out that McDonald's in Chicago did not have biscuits and gravy on the menu during my time there . . . wtf.

Sausage gravy is made by first frying up your pork sausage of choice, maple, hot, or regular.

Once the sausage is browned, add two tablespoons of butter (or more).

Sprinkle flour over the sausage and continue to cook for around 1–2 minutes. After that, pour in milk (your choice but full fat dairy milk works best), and whisk until thickened.

Add your choice of spices. Most Southerners will add ground black pepper at a minimum.

A mainstay at any Southern gas station, especially my favorite one down the street from my house. Boiled peanuts are peanuts that are in the shell and well, boiled.

We don't make it confusing down here people. The food typically is what it says it is.

The best version of boiled peanuts is most definitely the cajun style which is way spicier.

You can get a small container of boiled peanuts from my local gas station for around $3. You are supposed to discard the shell but I have known some people to eat the boiled peanuts, shells and all. I don't recommend but as usual, have your own experience.'

While the first recorded recipe of bread pudding was found in an English cookbook dating back to the 18th Century, entitled, "The Compleat Housewife", Southerners have been making bread pudding since they arrived to the New World.

This is a way to repurpose old bread. Made with bread, cream, sugar, and if you're smart, bourbon. Down here, if we can add bourbon to it. we will. Bread pudding is no different.

So there was once a trailer (not joking) a trailer turned restaurant near my hometown that served all you can eat catfish and frog legs every Friday night. I think they charged $7.99.

Was the catfish sourced locally? I think so. We were in a trailer near a water source after all.

I once read that catfish isn't really a fish, but good luck trying to convince a Southerner in an all you can eat buffet housed in a trailer that. They won't agree. Even if you are correct.

If we can't add bourbon to it down here . . . we fry it. Steak is no different. We fry steak and cover it in gravy. We aren't doing this to filet mignon so calm the fuck down. It's usually cube steak.

The cube steak is coated in flour and spices, and you guessed it. Deep fried. Country fried or chicken fried steak is then covered with gravy and typically served with mashed potatoes, more gravy, and green beans as the sides.

One of this author's favorite veggies. These greens are cooked with a ham bone or bacon and cooked until they are wilted. I have a good buddy Chris who runs one of the car lots in Jax who makes the best collard greens you have ever had.

Collard greens in particular are one of the most nutritious items you can eat. Rich in Vitamin A, Vitamin C, Vitamin K, and iron, greens are a go to menu item to round out a healthy diet.

Greens are also super nutritious, but again, us Southerners negate that by cooking it with bacon.

These are the shrimp of the creek. If you are ever offered a chance to go to a crawfish boil . . . go. Big pot with water. Add crawfish, corn, potatoes, other seafood, and Old Bay seasoning. If the host is not using Old Bay, get the out of there. They are not a Southerner, but rather, an imposter.

The contents of the pot are poured onto a picnic table covered in newspaper and eaten with your hands.

You can also find a uniquely southern dish in Louisiana called 'crawfish etoufee" which is made with crawfish tails and a nice roux. This dish is served with rice and is absolutely delicious.

From my home state of Kentucky, this sandwich originated in the Brown Hotel in Louisville (pronounced Lul-VUL for those who don't know). The chef created this sandwich as a way to get rid of turkey leftovers and you can still visit the hotel today.

A Hot Brown is made with turkey, ham, tomato, bacon, and Mornay Sauce that is served on toast points. It's badass. Eat it.

Mornay is like the fancy cousin of Alfredo sauce. If you can make Alfredo, you can definitely make Mornay sauce.

Mornay Sauce is made is bechamel sauce (from French cuisine) and is made with Guyere cheese although sometimes Parmesan is added or substituted. Add butter, flour, milk, and a few cloves, and you have a mouthwatering Mornay sauce which is great on a Hot Brown but also goes excellently with eggs.

Note: in the South we do not fry red tomatoes, only the green ones, sometimes referred to as "unripe" tomatoes.

Traditionally, the green tomatoes are cut into 1/4 inch slices and then coated with cornmeal, salt, and pepper. Then we deep fry them in bacon grease.

We serve these breaded, fried tomatoes with what else? Ranch dressing, the nectar of the Southern Gods.

While not the healthiest fare, what with all the bacon, grease, gravy, and frying we do. The food is absolutely delicious.

And if you ever get a chance, try an all you can eat catfish buffet in a trailer. You won't regret it.

I can't thank my readers enough for their support. The outpouring of encouragement and response has been amazing. If you get a chance, head over to my ko-fi page where I am creating member exclusive content.

More stories from Jessica Bugg and writers in Feast and other communities.