by Nick Davies 2 years ago in pop culture
Report Story

When you think of global fast food, Titans you probably think of McDonald’s. 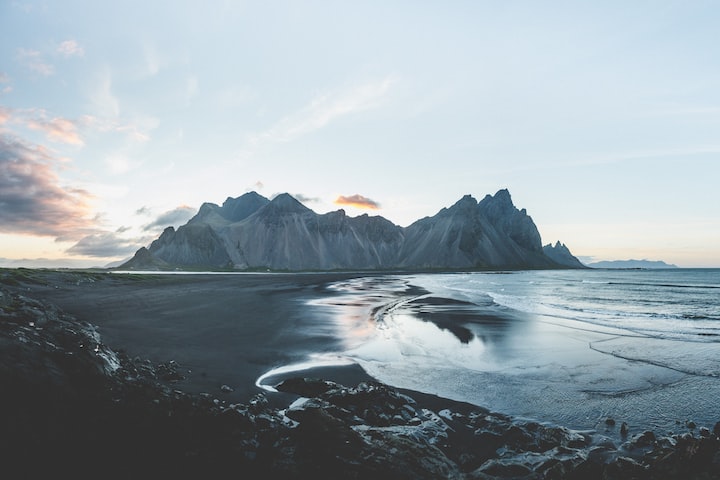 Photo by Norris Niman on Unsplash

When you think of global fast food, Titans you probably think of McDonald’s. The chain has restaurants in more than a hundred countries and has been a household name in America since the 1950s. But there is one European state where McDonald’s failed to capture national attention: Iceland. McDonald’s tried for over 15 years to make it in Iceland but in 2009 the local franchise closed its three remaining stores with no plans in return. So what went so long for McDonald’s in Iceland? To answer that, let’s go back to the McDonald’s first entered the market in 1993.

At a time when the isolated island nation was shifting toward a free market economy and becoming more globalized, then Prime Minister David Adson took the first bite of an Icelandic McDonald’s hamburger at his grand opening. It was seen as a sign of the country finally entering into the modern globalized world. When McDonalds opened up [in] 1993, I have never ever in my life seen such an opening in one restaurant. There were lines for days outside the restaurant and they were selling thousands and thousands of burgers every day. But then you know after honeymoon is over, the people it was just a usual thing. And locals, was welcomed the American fast food chain because it symbolized the country pulling away from isolation and nationalism. The opening of the franchise kind of symbolized in Iceland and a hard time entering into a global community.

As some scholars have pointed out that in relation to marginal countries or countries that feel themselves a little bit marginal, getting international franchise can be important as a as kind of affirming that you are part of a global community or a community of nations. But in 2008, the global economic collapse hit the small country of roughly 300,000 people. The stock market and its three biggest banks collapsed in almost every business in the country nearly went bankrupt. Thousands of people lost their savings and Iceland erupted in protests. The Krona lost roughly half its value and higher tariffs translated in some much higher import prices. That made it difficult for foreign brands that were dependent on imports to maintain its profit margins without drastically raising its prices. According to the owner of the McDonald’s Iceland franchise, the chain imported its raw ingredients from Germany. The franchise owner told the media that prices spiraled so out of control that for kilo of onion in Germany he was paying the equivalent of a bottle of good whiskey. In contrast with McDonald’s and also Burger King which closed at a similar time as McDonald’s closed. Those were sourcing materials from outside Iceland and the two restaurants in question closed in 2008/2009 following the economic crisis. So it simply wasn’t cost effective to have such large share of materials for the fast food.

McDonald’s Icelandic franchise owners said that in order to remain business and make a profit McDonald’s would have had to hike up it’s a Big Mac price by 20% to $6.36 that would have made it the most expensive Big Mac in the world at the time. Switzerland currently holds that title with its $6.82 Big Mac. In 2009, the franchise announced that it would be closing its three outlets with only a weeks notice. Blaming high operational cost. McDonald’s local franchise partner in Iceland was a firm called “Lyst.” The managing director of the McDonald’s franchise to mediate that business had actually never been better at the time it pulled out of the country. He told media that the restaurants had never been this busy before. But at the same time profits had never been lower. Icelandic media reported that tens of 15,000 people patronized McDonald’s daily in its final days of operation. 2008 marked a time when several businesses decided to exit Iceland, including McDonald’s rival Burger King and Pizza Hut, which closed all but one outlet. Just like McDonald’s, Burger King’s source their products from abroad. The fast food giant’s that did exit Iceland had trouble competing with restaurants that sourced their ingredients locally. But other analysts say high import costs affected everyone.

Even the businesses that used homegrown ingredients. And the difference between the chains that succeeded in Iceland after the crisis and the ones that failed all boils down to management. Companies that survived were companies that had usually either finance themselves in a more conservative manner and/or maybe simply got better assistance from the banks and other companies. So in the case of, for example, McDonald’s that company was highly indebted with foreign currencies when they went bankrupt. Iceland has long been.known for its overpriced food and its high cost of living. In 2018, Iceland was ranked the second most expensive country in the world. A typical sit-down meal will cost you around $20 to $40. Local fast-food owners say keeping prices consistent is the key to surviving in Iceland. Keep your reasonable and if you keep quality good. If you have consistency… This is the key consistency. consistency, consistency, then you can survive in almost any business. After closing, McDonald’s Iceland franchise lost the McDonald’s signage and renamed the stores Metro. This new chain uses locally sourced food to keep costs low and is still operating today. And not all American fast-food chains left Iceland during the financial crisis. We’ve seen places like KFC. They did not close. They survived the economic crisis and I mean main difference is that they had most of the raw materials for their foods is grown in Iceland.

So I guess they were back draws because of that. And things are getting better in Iceland. Its economy is bouncing back and it’s proving to be an inviting place to do business. According to the Economic Freedom Index, which looks at a country’s business and investment freedom, Iceland ranks fifth among European countries and Icelanders are opting to eat out. Young Icelanders eat fast food on average every other day spending an average of $220 US a month Iceland. Has also become a hot destination for tourism. As of 2017 the number of foreign visitors to Iceland has more than quadrupled since 2010. With excellent economy looking bright, tourism climbing and residents enjoying the most school fast food options, there might be hope for McDonald’s to make a come back in the Nordic region.