Going Vegan, then Going Back

by Kae Smith about a month ago in healthy 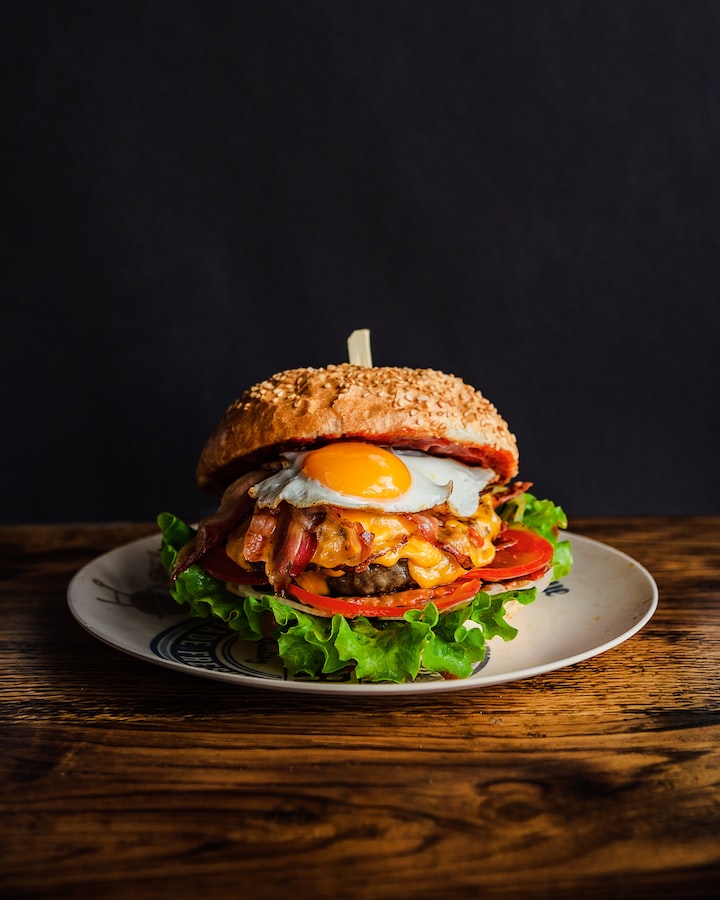 Photo by Zoran Borojevic on Unsplash

I was thirteen when my mother put our family on a vegetarian diet for a month as “a challenge”. To this day, I don’t really know what prompted her to make this choice. If I had to guess, it would be a combination of the new health books she had been reading and the sheer cost of meat when feeding hungry mouths.

For a long time, this stuck. By the time I entered 11th grade, my whole family was eating vegan.

It wasn’t such a big change for me; to eat differently, to eat less. I had been eating less for a while, by then. Tenth grade had gone by with a scattered mix of new friends and boyfriends, all of whom managed to push in the subliminal message of “eat less”. I vaguely remember my friends' mother promising to buy us Starbucks in the mornings after sleepovers if we promised to eat breakfast. Now, I could push the breakfast of bacon and pancakes away, with a perfectly acceptable reason.

My mother, an avid reader, and library-goer, scattered surfaces in our house with books like How Not to Die by Michael Gregor and Thug Kitchen. She made chickpea and broccoli burritos, and black bean soups. Our alfredo was made with coconut milk. Even my father and younger brother enjoyed it. My dad said the food made him feel better, lighter. And that was it. We changed our diet.

Me on the other hand took it a bit further. I’ll credit my addictive personality for what happened next. For me, Veganism wasn’t just my diet. It was my lifestyle. The lifestyle I aspired to have and worked at every day.

For the next three years, my Youtube feeds were filled with ‘What-I-Eat-In-A-Days’ and the faces of women like Freelee The Banana Girl, Bonny Rebecca, Stella Rae, and Claire Michelle. My Instagram feed was thin women who ate nothing but fruit and vegetables, exercised like crazy, and preached the vegan lifestyle. I could scroll for hours, looking at the people I longed to be like.

I went days eating only bananas. I would practice yoga for hours, wondering why I didn’t quite look like those other girls yet. I spent a year living in dorm rooms at my university, asking for the food from the cafeteria to be cooked with water instead of oil because there was just too much fat. I wouldn’t let myself eat peanut butter because one of the girls on Youtube claimed that it gave her “brain fog”, and I thought that it must be doing that to me as well.

Peanut butter is one of my favourite foods.

I made a Twitter account dedicated to Veganism and gained a couple of thousand followers. I alienated friends who didn’t want to eat the way I did. When my boyfriend and I moved in together, I made house rules of no animal products (and pretended to ignore the McDonalds bags that would be tucked under the seats of his car)

In 2019, the vegan world began to shift. By that point, the social media aspect had fallen to the wayside — I was in my third year of university, and posting about what I ate never even crossed my mind. I was just vegan. I don’t remember who posted the first video, but after that, it spread like wildfire. None of the girls I had idolized were vegan anymore. Women who had made their living eating fruit and looking pretty were sitting in front of cameras and admitting, to their millions of followers, that they just couldn’t do it anymore.

Dozens of diseases, chronic conditions, and mental health issues were listed as reasons. And these women were just as thin, just as pretty. They still had their followers. They just ate differently.

At first, I was angry. Unjustifiably so, as what did my opinion matter to the women living in Australia. I had no control over what they ate. But I felt betrayed. We were all supposed to do this forever. And then later that night, I lay in bed after watching video after video, and asked myself, “Why I am still vegan?”

But was I really?

One day, five years later, I laid on the couch with my boyfriend and whispered that maybe I ate the way I did because it allowed me to say no to foods I considered unhealthy. Maybe it was a way of controlling myself.

A few weeks later, he asked if it was okay if we made burgers. Real burgers, not the ones made from black beans and corn. I didn’t know what to say.

We went to the grocery store and went to the aisle with meat. I had never liked that aisle, the rows of gooey red mass sticking to plastic wrap. I stood looking between a package of ground beef and the ten-dollar beyond meat patties for what felt like an eternity. Eventually, my boyfriend picked up the ground beef. I didn’t stop him.

And just like that, I wasn’t vegan anymore. No underlying health reasons to blame it on. Just a choice.

I still don’t eat eggs — they’ve grossed me out for at least a decade now. I don’t often eat dairy — cheese isn’t my friend, and soy milk simply tastes better. But I eat meat. And I eat it all the time.

We buy pork shoulder and make al pastor, mouthwatering on corn tortillas with fresh salsa verde and thick chunks of avocado. We get full chickens and roast them, serving them with marinated cauliflower and mushroom risotto. We get shrimp tacos at restaurants, and I eat burgers with gusto.

There was a part of me that was almost glad I no longer had social media because if I had, I would have felt the need to post something. An explanation. An apology.

But who would I have been apologizing to?

There was a part of me that expected backlash from friends and family, both vegans and omnivores alike. None came.

My boyfriend’s grandpa found out and made us a turkey to celebrate. “Whatever makes you happy.”

In the six months that I have been eating meat again, I have never once doubted my choice. Never felt the guilt or disgust that my 16-year-old self would have felt. I just felt good.

I don’t owe anyone or anything an explanation about what I eat. I still eat vegan often – most of my favorite restaurants are plant-based. I still have my stacks of vegan cookbooks.

No one cares what you eat.

Well, maybe some people do. And those aren’t people you want to surround yourself with.

Changing my diet made me feel healthy, strong, and less anxious. Eating meat didn’t make me gain weight like the vegan blogs said it would. It didn’t cause health issues like bloating, indigestion, or acne.

I’m still me. I just have a healthy relationship with food.

Food is unique and personal, despite being such a prominent part of our lives. What you put in your mouth three times a day doesn’t carry any moral implications, doesn’t make you a bad person, and it doesn’t make you evil. On the flip side, eating a Vegan diet doesn’t automatically make you a God.

My diet has never changed my perception of my body image — and often times it made it worse. I still have bad days and bad weeks. On the bright side, I’ve learned enough to know that I still need to eat lunch when I feel that way, whether it’s leftover pork shoulder with roasted potatoes, or rice and beans.

Eating the way I do now makes life easier. It made me less concerned about calories and macros, and more concerned about satiety and taste. It’s helped me be less anxious over food, and how can that be anything but positive?

Do I regret being vegan? No. It shaped a large part of my life, made me interesting in cooking, knowledgeable about nutrients and health, and generated the shift that’s been happening now. It changed me, and I’m certain that it changed me for the better.

Eat well, move your body, and do what makes you feel good. That’s the best advice I could ever give.

See all posts by Kae Smith →