No longer content with simple soft-serve, Dairy Queen keeps promoting the so-called “Fan Food” side of its menu, with wildly mixed results. 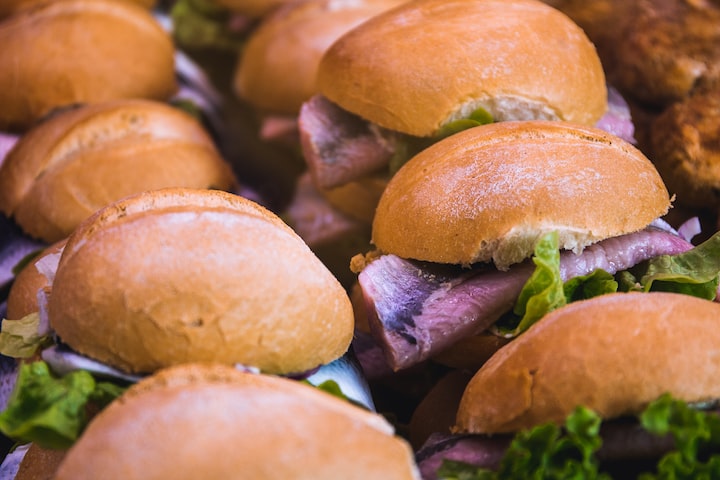 In the six decades since McDonald’s invention of the Filet-O-Fish, fried fish sandwiches have become big business in fast food. But which chain does it best? We tried all of the major chains to find out.

No longer content with simple soft-serve, Dairy Queen keeps promoting the so-called “Fan Food” side of its menu, with wildly mixed results. The Dairy Queen Crispy Fish Sandwich promises a crispy fish fillet topped with fresh green leaf lettuce and tartar sauce, served on a toasted sesame seed bun. Sounds great, right? Here’s what we really think it tastes like: freezer-burned, vaguely of seafood, with more bargain bin tartar sauce than you’ve ever seen in your whole life. Turns out, Dairy Queen does one thing pretty great — and it’s not fish sandwiches.

Sonic Drive-In’s fish sandwich is a limited time offering that only seems to be available during Lent — and that’s probably for the best. The fish itself shares a familiar square, minced style with many other fast food restaurants, though it’s crispier than most. But the breading forms a sort of protective shell around the fish inside, and tends to break off in large, mouth-destroying shards. The fish inside has an unappealing, mashed texture, and manages to be surprisingly oily and greasy, without a ton of fish flavor. An avalanche of limp, watery lettuce and a squeeze of generic tartar sauce don’t help, putting this firmly in our “do not recommend” category.

While Wendy’s Premium Cod Fillet Sandwich has a plump fish patty with a appealing crunchy texture, there are big drawbacks to the sandwich as a whole. The sandwich we received was served south of room temperature, adorned with a chilly slice of unmelted, firm, and flavorless American cheese that definitely was not requested. The bun barely held the whole thing together, and the overall sandwich ended up feeling oddly dry, in spite of a respectable smear of tangy, flavorful tartar sauce.

If Hardee’s and Carl’s Jr. were a state, they’d probably be Texas. Everything the two-named chain carries is just big, and they’re proud of it. The restaurant’s Redhook Beer Battered Fish Sandwich follows that trend — there’s a lot of fish going on here. The standard order should come with lettuce, tomato, and way too much tartar sauce. But as a whole, it’s not bad. The fish is flaky, and tastes like it lived in the water at some point in its existence, which goes a long way when you’re hankering for something from the sea.

The Burger King Big Fish sounds like everything a fast food fried fish sandwich should be, featuring White Alaskan Pollock, crispy panko breading, sweet tartar sauce, pickles, and a toasted brioche-style bun. But that’s just the ad copy — the reality can be a little different. The sandwich we tasted was piled with limp, soggy lettuce, steam-heated by the fish fillet into a tangle of wet shreds. The fish itself was mushy and over-coated. The bun was oddly chewy, and caused most of the sandwich to spill out. Hardly an experience fit for the King.

Weirdly enough, it’s possible that your local Long John Silver’s doesn’t even serve a fish sandwich. The item usually only shows up at standalone locations — not Taco Bell or KFC combination spots. If you can find it, here’s what you’ll get: a hoagie roll with lettuce, pickles, and a healthy dose of tartar sauce, with a diamond-shaped piece of fish. The fish seems to be the same crunchy type you can get in any combo meal, leaving the bread and toppings to serve more as extras for a piece of meat that can, and maybe should, stand alone. “Arby’s is best known for freshly sliced meat. But what about their fish?” The Crispy Fish Sandwich from Arby’s isn’t always available, but when you can find it, it’s worth snapping up. The sandwich we sampled looked almost exactly like the picture on the menu, which is a rare feat. The enormous fish fillet itself felt like real food, with a natural shape and tender layers of flaked fish that pulled apart slightly with each bite. Unfortunately, the fish wasn’t uniform in flavor; some bites were mild, while others were intensely, overly fishy. The tangy dressing was a little overpowering, overstaying its welcome, and the hot iceberg lettuce is never appealing. But in our opinion, Arby’s offering is still worth recommending.

White Castle’s stripped-down approach to sliders translates surprisingly well into seafood form. The tiny pucks of minced Alaskan Pollock in the Fish Slider are crispy and flavorful, without an excessive amount of breading. That’s a good thing, on a slider-sized sandwich where the bun itself tends to dominate the flavors of the rest of the sandwich. This was also one of the few fish sandwiches we tasted in which a slice of American cheese — in this case, a tiny slice — actually seemed to complement the sandwich, adding a creamy balance of flavor to the slider. Just make sure to ask for some tartar sauce; in our opinion, this scaled-down sandwich doesn’t come with quite enough.

Made with a minced puck of Alaskan Pollock, a half-slice of American cheese, and a heavy dollop of tartar sauce, McDonald’s Filet-O-Fish is never going to win any beauty contests. But this sandwich stands out thanks to one important element: The steamed bun. Each bite of the soft, steamy bun fuses the sandwich into a puffy little bite of seafaring satisfaction, with none of the hot shards of lettuce featured in other fast food fish sandwiches standing in the way of the experience. The Filet-O-Fish doesn’t hope to compete with the artisanal-sounding ingredients found at other chains, and it never forgets what it is: A taste of mild, crispy fried fish, topped with a quart of tartar sauce and served on an angel’s kiss of a steamed bun. Score one that’s been freshly made, and you’ll end up with a satisfying sandwich that only sets you back about two bucks. “Give me back that filet-o-fish, give me that fish.”

Popeyes continues to change the game with its under-appreciated po’ boy lineup, featuring your choice of hand-breaded chicken strips, fish fillets, or battered shrimp, dredged in the chain’s signature blend of herbs and spices and crispy-fried to perfection. What sets their seafood po’boy apart from competitors, however, is the bread. Instead of opting for another sad, stale, round bun, Popeyes serves up their fish on a French-style baguette. It perfectly balances a crispy outside with a fluffy, lightly chewy inside. The fish itself is extra-crispy, pleasantly flaky, with flavorful breading. Altogether, it’s a balanced experience that seals the deal on our selection for the best fish sandwich in fast food.