Elitist Nonsense is referred to as "foodie."

by jan22 5 months ago in fact or fiction
Report Story

Elitist Nonsense is referred to as "foodie." 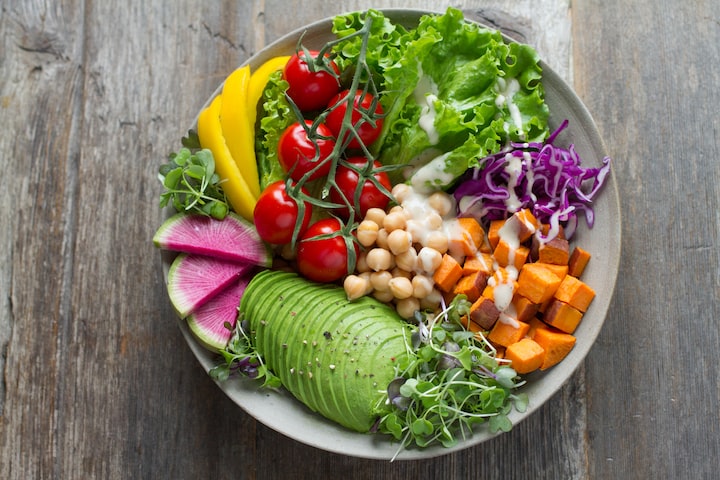 Photo by Anna Pelzer on Unsplash

In my first article, I said that you would never see the word “foodie” in my writing, yet here I am putting it in a title. In fact, the word foodie occurs 21 times in this piece. The writer in me hates this word; it’s a terrible use of language. Imagine if wine lovers referred to themselves as “winies.” Funny enough, Grammarly flagged foodie each time it was written in this article and suggested: “Consider using a different word.” Well done, Grammarly, well done.

I have to admit that I wrestled with resisting the urge to look into the word’s origins. Who cares? I do, apparently.

My curiosity about etymology won in the end. With a quick dig into the archives of the internet, I came across The Official Foodie’s Handbook. This 1985 exposé coauthored by Ann Barr and Paul Levy chronicled epicureanism in vogue at the time, from Paris to Tokyo, and of course, introduced the world to the now-ubiquitous word.

I can’t go more than a few days without seeing this term used here on Medium, social media, or in conversations with others about food. While I have gripes with the word itself, I feel other issues present themselves with each passing occurrence.

To begin, the term “foodie” has become a cliché.

What was intended to elevate someone with a deep passion for exploring their local or global food scene or becoming a culinary tour guide has become a catch-all hashtag to accompany any experience involving food.

We see this every day when a friend of ours shares a photo taken six inches above the Mediterranean meal they ordered at a downtown restaurant. Or perhaps it’s their lavender latte with a foamy rosetta or the deep-fried-delicacy-on-a-stick from the food truck festival. #foodie

But everybody eats. And for that matter, if everyone could document each meal they ate, what would separate one foodie from the next? One reason I don’t use this term is that it can imply that those who don’t identify as foodies aren’t knowledgeable about food. But let’s be honest, neither are the people who use the term.

There is an undeniable irony in identifying as a food expert while using a descriptor that no chef or critic would dare mutter. Likewise, while some self-appointed foodies eagerly capture portraits of everything they eat and watch hours of culinary Netflix specials, they have yet to learn how to prepare decent meals at home.

Photo by Kerde Severin from Pexels

As a business student, my curiosity carried me a bit further into the dreaded recesses of the internet: institutional databases. To no one’s surprise, “foodies” are now a targeted market segment.

Here is an excerpt that I think most foodies would be proud of:

“…the foodie market has been conceptualized as part of a larger Slow Food movement (Dunlap, 2012) that sits at the intersection of social change, agriculture, and recreation and leisure — what Amsden and McEntee (2011) termed agrileisure.”

These are great hot button words for our generation. It positions the foodie as an advocate for change, awareness, and holistic living. But those sentiments are marketed to us. After reading this article, I would keep an eye on your recommended searches and ads.

Let us consider the farm-to-table movement. I remember first hearing about this trend around 2013. The image that popped into my head was people sitting at a long table, situated within a renovated barn (lit with mason jar lanterns, of course), sharing family-style dishes containing fresh produce and cuts from that farm. I was a naïve suburbanite who didn’t realize that these farm-to-table experiences were restaurants located in major cities primarily highlighting, if not spotlighting, the origin of their ingredients.

I am grateful for food transparency, and I am a sucker for storytelling. But when observed less romantically, many farm-to-table restaurants that foodies laud are cleverly marketed by dressing up a concrete cube in rustic-chic wooden decor and playing into the proximity of their source ingredients without proving the quality of their products.

This adds to another reason I avoid foodie labels. It empowers consumers to feign knowledge about voting with their dollars without critically examining how they are influenced by aesthetics or branding.

It looks great on Instagram, but food is more than a pretty face.

Photo by David Egon from Pexels

Food has a beautiful way of telling stories. I love the way Madeliene Pelner Cosman puts it:

“Foods are cultural insignia. Few indicators define a people so well as its food lore. Food taboos and food celebrations are important to a culture’s notions of sacrament, sin, praise, and punishment, deprivation and indulgence, vigilant discipline and sustained extravagance.”

Under this pretense, food is almost sacred. And yet, nearly every, if not every culture, wants to share their food experiences with others. It is the purpose of food: hospitality, generosity, and creativity. It can sometimes teach us more about our host and ourselves than words ever could.

Yet, there is a problematic feature of foodie-ism that undermines this storytelling. Foodies are often seen as “discovering” food, which is not the image I want to portray.

Your favorite influencer did not discover Bibimbap last year; they just tried it for the first time. The flag-planting claims made by foodies wrongly highlight the consumer rather than the well-crafted meal they participated in, and worse, can position them in a place of expertise over something they have no fundamental knowledge of.

Worse still, some foodies lord a “secret knowledge” of all the “hottest spots” in their cities, which just means the favorite places they have visited or have seen on Tik Tok.

So, where do we go from here? What should we call ourselves instead of foodies? Culinarians? Cuisine connoisseurs? Eaties? These alternatives seem ridiculous, right? I think that is a worthy indicator that no placeholder is needed.

Food is subjective, and while I advocate for exploring, savoring, and learning more about the things we love, I do not believe we need to create an us vs. them classification.

I wanted to revisit The Official Foodie’s Handbook. While Barr and Levy justify their expertise by tracing the history of haute cuisine and submitting their “18 best restaurants in the world,” they do so with an awareness of its triviality. Perhaps we could learn from their example.

More stories from jan22 and writers in Feast and other communities.