by Mary Poppins Purse 2 months ago in how to 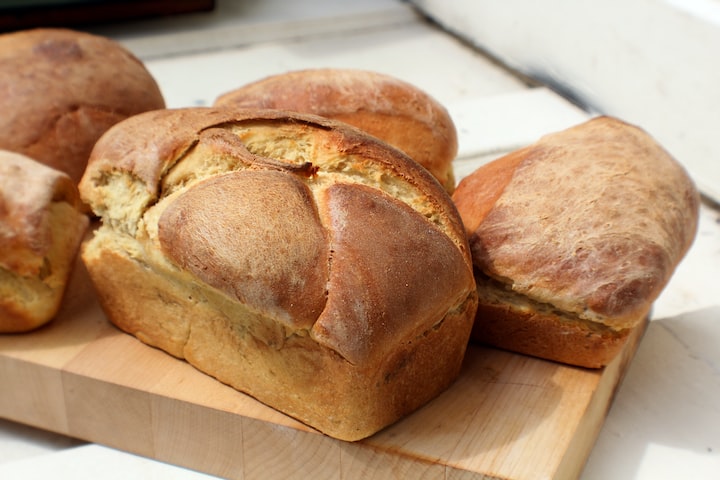 Photo by Rebecca Matthews on Unsplash

Making your own loaf of fresh bread is not only healthy, but also easy and fun. Forget about the dull bread you usually buy from your supermarket. It is time to unleash one of the simplest recipes out there. All you need is flour and the revolutionary crock-pot. To make it easier, here are a couple of tips for baking bread in crockpot.

For most people, the idea of slow cooking bread seems counterintuitive. We all associate that wonderful smell with bakeries having huge industrial-grade ovens. Fortunately, slow cookers can render the same effect, but with considerably less effort, making bread making fresh bread each day sound like a good idea.

Making bread in crockpot has one simple principle. Your goal is to have all the dough cooked all the way inside. Like with many kitchen experiences, this a matter of trial and error. In no time you will be learning from past mistakes and gradually perfect your technique.

The first time you bake you should check the loaf every half hour to make sure everything goes as planned. The best way to know when the baking is done is to check the temperature inside the dough. Use an instant-read thermometer and target to have an interval of 190°F to 200°F. You should also check some basic visual cues – the top will have formed a crust and no longer feel spongy and the bottom will be slightly browned. A common error in bread making is to call it a day while the interior is undercooked and gummy. While not exactly a disaster, it can considerably diminish the success of your project.

The worst nightmare of every first-time baker is discovering the dough stuck to the bottom of the slow-cooker. Not only it makes it hard to take the bread out in one piece, but the smell of burn might make your entire project unpleasant to eat. Avoid this rookie mistake by lining the slow cooker with parchment.

Another great piece of advice is to handle the loaves as little as possible. Until the crust reaches a certain strength, your bread project is sensible to outside forces. Even if just eaten at home, bread has to attain some minimum aesthetic standards.

While there isn’t much to using the crock-pot, you can vary the recipe by using different types of flours. Don’t be shy to experiment. As we all know, kitchen alchemy is mysterious and glory and disaster are sometimes just a sprinkle of salt away from each other.

Cooking time is directly dependent on the size of dough. Smaller batches will cook faster so keep an eye on what happens with the bread in the crockpot. Cooking times given by most recipes are dependent on the quantity of ingredients recommended. The average baking time to be expected is 2 hours.

Don’t despair if you are unhappy with the amount of browning achieved with the slow cooker. One simple solution is to transfer the bread in the oven heated at 450°F and keep it for 10 to 15 minutes. That should be more than enough to give your loaf the right color and mimic a bakery result.

Now that you are done with making bread in crockpot, now it’s time for facing a harsh truth. Homemade bread is not going to last for long, especially when compared to one you can buy from the store. Leftovers to be enjoyed in the following 2-3 days are best kept in an airtight plastic bag at room temperature. Avoid putting the remaining bread in the fridge, as it will become steal. A more powerful method is to freeze your bread. That way it can last up to 3 weeks.

One final advice is concerned with turning homemade baking from one-time experiment to habit. Obviously, dedicating 2 hours each day just to make bread is tedious. Because bread in crockpot is best enjoyed while warm, set aside only a couple of days. Making these tasty treats at home shouldn’t feel as a chore, but rather as a reward.

A mix of all the things that we like.