Do You Have to be Vegan if You Care For the Environment?

by Gilles Berdugo 2 years ago in vegan
Report Story 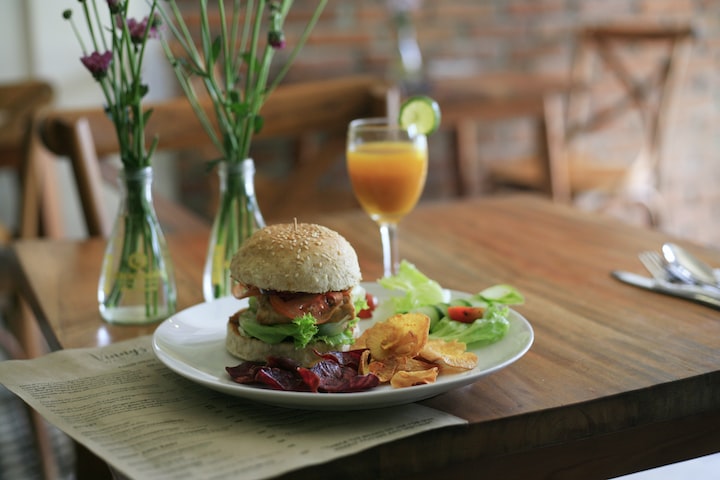 Photo by Gabrielle Cepella on Unsplash

The world we live in is undergoing major transformations on so many different levels. We are not only experiencing an environmental awakening, but also a social emergence. Part of this global phenomenon is that we are becoming more aware of how our actions impact the environment and this includes what we eat, particularly when it comes to meat and other animal products. In 2018, the United Nations declared that meat, rather than transportation and industry, is the "world’s most urgent problem."

Why Animal Products Are Climate-Unfriendly Food

Meat, poultry, eggs, and dairy products only arrive on our plates after extensive processing. Factory farming is responsible for over 50% of global pollution, greenhouse emissions, and water shortages. More than 90% of the deforestation in the Amazon was caused by animal agriculture. This means that the animal product industry has a massive carbon footprint. For example, the carbon footprint of a hamburger includes:

For every 150 hamburgers eaten, around 600 kilos of emissions are generated. And the production of dairy is as terrible, if not worse. For every kilogram of cheese produced, around 14 kilos of greenhouse gas emissions are generated. Seafood also contributes significantly to global pollution as fishing fleets are dependent on fossil fuels and emit over 130 million tons of CO2 every year.

I call myself a flexitarian because I follow a diet that is 99% plant-based. But if my grandmother bakes a special carrot cake, just for me, I’m not going to NOT eat a slice because there’s a couple of eggs in it. Basically, I try not to be a preachy vegan who judges meat-eaters, and it's not the end of the world if I eat something that's not 100% vegan. I’ve managed to mostly stay away from meat and dairy for nearly two years now. I make sure not to buy products that are toxic to the environment, have animal products in them, or have been tested on animals. I also search for ethically sourced products, preferably locally produced, and make sure that people are not exploited in the production of it. For me, this is not too challenging. I’ve never been crazy about meat anyway and if I do crave it, I get a couple of Beyond Burger patties and slap them on the grill (delicious!) And the same goes for dairy products. Even Ben & Jerry’s is making vegan ice cream now and it’s scrumptious!

But Some People LOVE Meat

Unfortunately, it’s not that simple for many people. We’ve been conditioned to consume meat and dairy and it could be difficult to break the habit. Depending on your taste, the vegan diet can be quite restrictive, and care has to be taken that we get enough nutrients like vitamin B12, creatine, vitamin D3 and a few others. Luckily, there are options to keep the food system within environmental limits, like cutting down on animal product consumption. Nature magazine published an article in which it promoted becoming a flexitarian and restricting meat, poultry, fish, eggs, and dairy consumption to around one portion a week to help save the environment. Something is better than nothing, right? This is a lot more realistic and achievable for most people, and the more people manage to eat less meat and dairy, the better it is.

Besides eating less (or no) animal products, there are other everyday food choices that can affect global warming and the environment. There are realistic ways to affect positive change through your diet. For example:

Veganism has already become totally normal in many countries. More and more restaurants are offering vegan options, and more and more food companies are coming up with ways to create plant-based products. Some of them are so much like meat that you would hardly know the difference. Is it a fleeting fad? Or could it become even more popular than an omnivorous diet? There are vegans who believe that in the next two decades or so, animals like cows and chickens will once again be like other wild animals and not be considered as just food. Just like horses used to be considered as transportation and are now seen as animals again. Those who love eating meat may argue this, but there’s a solution for that too! There is a massive rise in creating artificial meat and lab-grown meat is beginning to look, feel, and taste like the real deal. Do yourself a favour and try a Beyond Burger or an Impossible Burger. Thank me later!

If you are interested in changing the way you eat to help the environment, here are some tips:

Start small and make it fun – Try getting the family excited about ‘Meatless Mondays’ and come up with fun meal ideas.

Make simple swaps – Use a giant mushroom instead of a beef patty and use beans or lentils instead of minced beef in tacos or burritos.

Make meat the side – Switch your meals around so the meat is not the star of the meal. For example, have a potato bake with little bits of bacon in it or have butternut squash and chickpea curry (chickpeas are packed with protein) with a bit of chicken added.

Make Google your friend – If you Google your favourite meal and add "vegan" behind the search, you’ll find hundreds of recipes to make it without using meat.

Even if you cut out one meaty meal a week, you’ll be doing something positive. It will not only help the planet but also do your health and wellbeing a world of good.

The name is Gilles, I'm just a friendly freak of nature, environmentalism, and travel. Always on the lookout for cool sustainable solutions and opportunities to help others go green. Reuse, reduce, recycle 😉.

More stories from Gilles Berdugo and writers in Feast and other communities.