Differences Between Cupcakes and Muffins

by Margaret Minnicks 8 months ago in fact or fiction

Cupcakes and muffins are not the same.

Cupcakes and muffins can be bought from bakeries, donut shops, coffee houses, restaurants, and some convenient stores. They can also be purchased from grocery stores.

What is a cupcake? 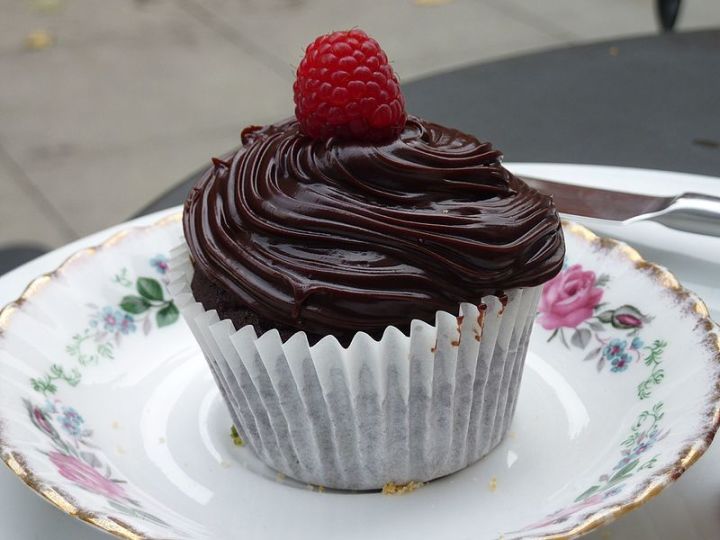 A chocolate cupcake with a raspberry on top (Photo:P Wikimedia Commons)

As the name suggests, a cupcake is much smaller than a regular size cake. In fact, a cupcake is a miniature cake that is baked in a cup. Long ago, they were baked in heavy pottery cups. Today, bakers have a choice of using small coffee mugs, large teacups, muffin tins, individual ceramic or glass bowls. Cake and cupcakes have the same ingredients that include flour, sugar, eggs, butter, milk, and baking soda. After they are baked and cooled, cakes and cupcakes are frosted and decorated.

The main difference between a cake and a cupcake is that a cake is sliced because it is meant to be eaten by several people. On the other hand, a cupcake is for only one person and is not sliced. The individual simply takes two or three bites and the cupcake is devoured completely.

Just like cakes, cupcakes come in the same popular flavors such as vanilla, chocolate, and red velvet. The chocolate flavored cupcake seems to be the favorite. That is probably because the consumer can satisfy his sweet tooth and his craving for chocolate at the same time. 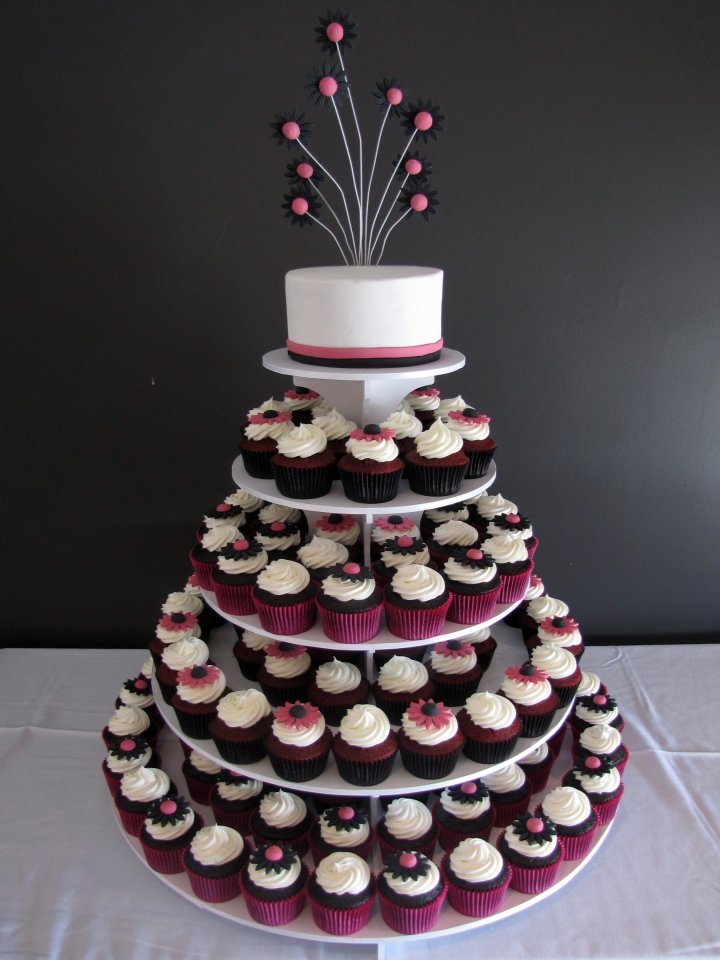 Wedding cake is made out of cupcakes (Photo by Wikimedia Commons)

Brides have learned to save money on their wedding reception. Instead of spending hundreds of dollars on a wedding cake, they serve cupcakes. They are less expensive and more convenient to serve. As you can see in the photo above, there is a small cake on the top so the newlyweds can take it home and put it in the freezer until their first wedding anniversary just as they could do with an expensive wedding cake.

What is a muffin? 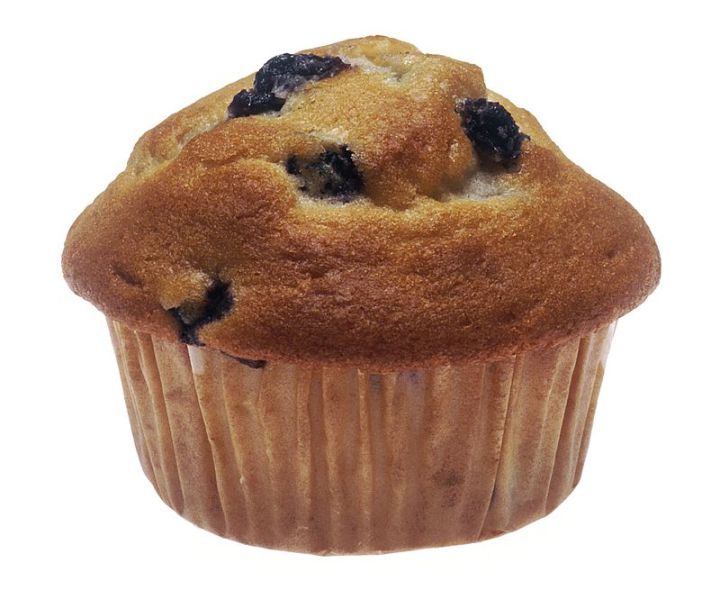 A cupcake and a muffin are two different items. Muffins are not as sweet as cupcakes, and they are not frosted.

The number of calories in a muffin depends on the flavor and the size. A medium size blueberry muffin has about 426 calories. Some people think a muffin is a healthier choice. That's why they don't feel guilty when they eat one for breakfast. However, a muffin can have just as many and sometimes more calories than a cupcake.