Delicious Meals That Can Kill You

by Anthony Gramuglia 3 years ago in list / fact or fiction

Though they may be your favorites when it's time to chow down, these delicious meals can kill you.

For many of us, we are what we eat, but what many of us don't realize is that these delicious meals may not be exactly what they appear to be on the surface. Sure, they may make us smile and moan in pleasure, but, when you get right down to it... they can kill you. Not just kill you, but kill you in awful ways.

While there are many foods that can kill you if you are allergic, some foods don't need any allergies to end you. They just are designed to bring you down six feet under. So, in the spirit of encouraging healthy dietary choices, here are a few delicious meals that can kill you. They will taste great, put a smile on your face, and probably make you take a dirt nap. 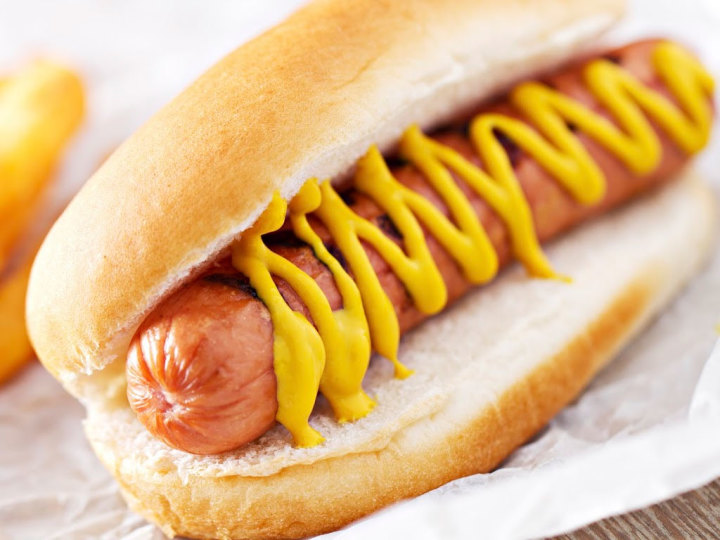 Do you know what's the perfect size and shape to clog your throat? That's right! That humble tube of meat encased in intestines, filled with all the gunk a butcher couldn't sell you. Oh, and aside from being a mix of pig hooves, cow bladders, and rat fur, it can also choke you to death.

17 percent of kids who choke to death choke on hot dogs. This disturbing statistic is made even worse when you consider that adults have a similar problem, perhaps because they're in such a hurry to finish the damn thing they forget how to chew. 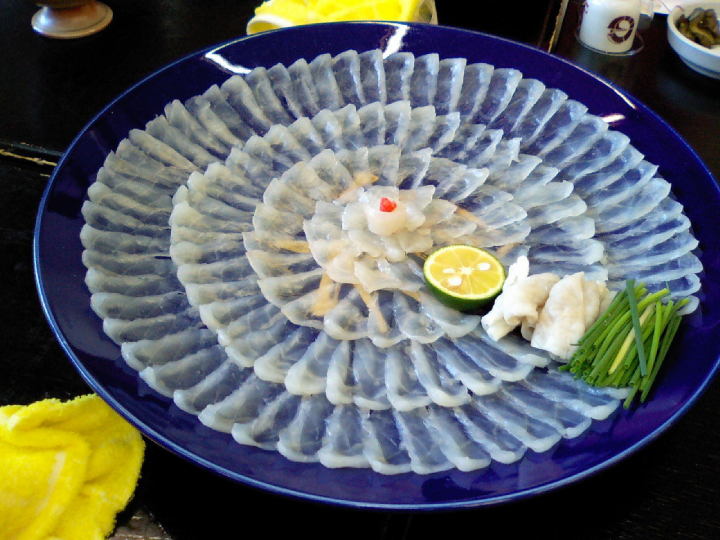 In Japan, this puffer fish is seen as a delicacy. Chefs are specially qualified to prepare it for all willing to shell out the equivalent of hundreds of dollars for a little fish. I'm sure, like most delicacy fish, it isn't thaaaat amazing... but there's one thing that makes the fugu fish stand out. Aside from the fact that it is, supposedly, a delicious meal.

It is also one of the meals that can kill you.

There are certain parts of the fish that, if they are not removed properly, will kill you. Venomous sacks must be extracted by the chef (hence the special qualifications of the position). Should they fail? Should they not do a good enough job? You're dead, son.

Fugu may be the most expensive form of suicide I can think of. 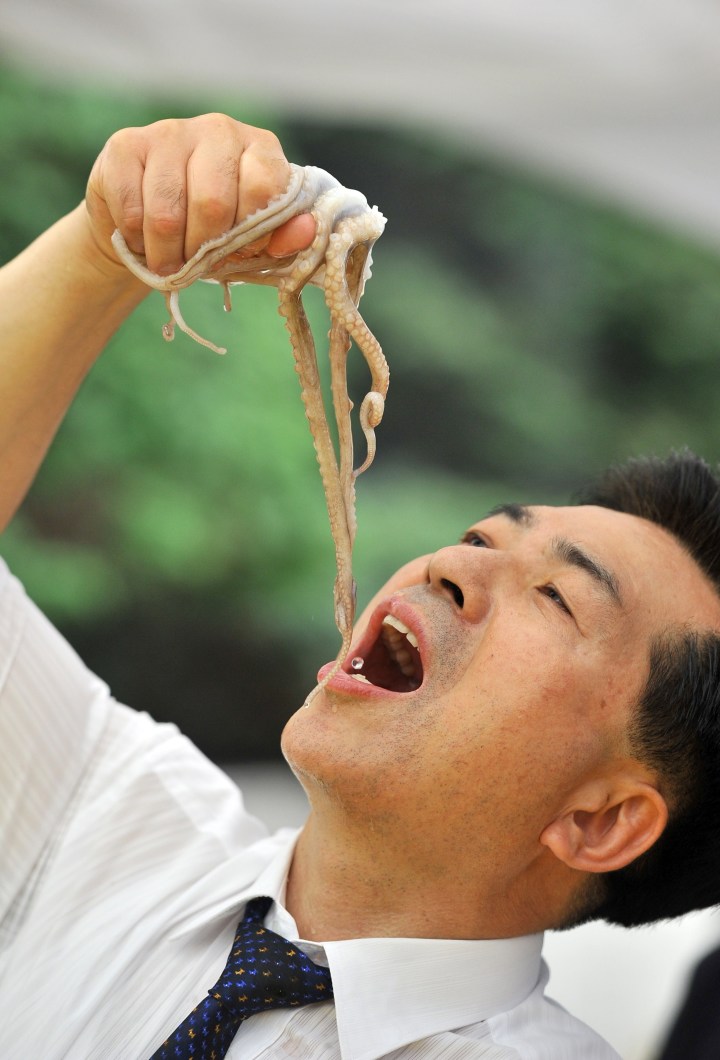 I remember watching the movie Oldboy as a young boy (too young to watch that movie), and cringing when the live octopus scene happened. The main character eats a live octopus still squiggling around in his throat. Upon further research, I learned that this is not uncommon in Asian countries like South Korea, where octopi are indeed served raw, uncooked, and still twitching.

But the thing is that live octopi are meals that can kill you. After all, these octopi are alive and kicking, and more than likely to fight back should the occasion arise. In this case, the suction cups grapple the interior of your esophagus, and can do one of two things: tear your insides or choke you to death. Again, this problem is solved if you just chew your food, you animals! 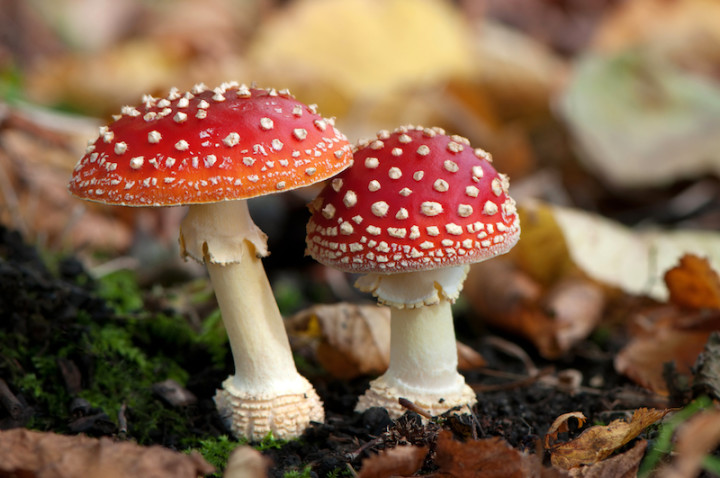 Obviously, mushrooms are sometimes incredibly toxic. They are a fungal growth that feast on rotting organic matter, so you'd imagine that some mushrooms might not be coated in the safest of material. Thankfully, most mushrooms served in stores and restaurants are totally safe, assuming you are not allergic.

The problem arises when you go out into the woods to collect mushrooms. Unless you are well-versed in the different species of mushroom out there, please don't eat whatever you find growing off a log. Chances are, they may potentially be full of toxins lethal enough to take down a cow, much less a fully grown human. Mushrooms may make a delicious meal, but if you aren't well educated, they can become ingredients in meals that can kill you, and kill you fast! 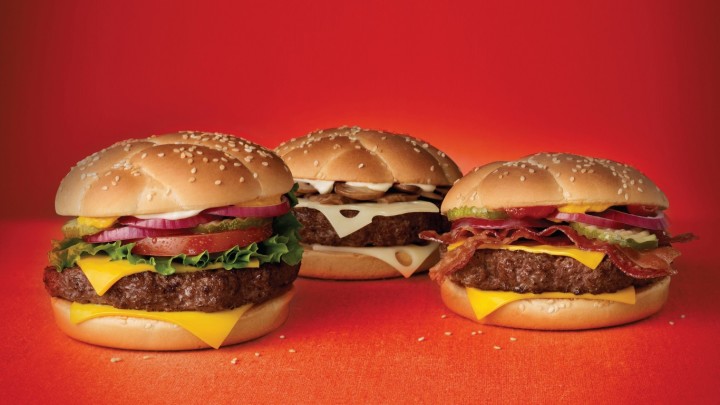 Ah yes, the hamburger. America's national food. Chances are, you've had a hamburger sometime this month, and, chances are, you've probably enjoyed them a little on the juicier side. Well-done burgers are too crisp and dried out, right? You need blood in your meat!

But wait a tick. Undercooked chop meat is one of the worst things you can eat. Most meats come with bacteria living along the flesh. Bacteria like salmonella and E.coli. E.coli is especially bad in cow or beef. Or, rather, on cow. These bacteria breed on the skin of the animal, but, very often, don't sink into the muscles of the beast. This is why you can have your steaks a little pink.

But chop meat is different. The inside goes out and the outside goes in, all thanks to the grinding process. In this case, you have a patty of e.coli just waiting to be devoured! So be warned: cook that burger a little better, or else you might get sick. Might be a delicious meal, but it can sure as hell also kill you.