Classic, with a Twist 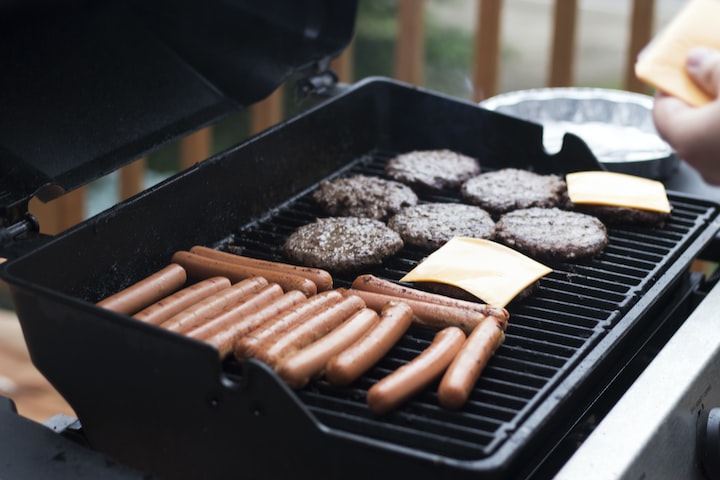 Photo by Pam Menegakis on Unsplash

If the world were to be divided between “foodies” and “non-foodies,” my husband and I would be on opposite sides.

I love food. I spent most meals fantasizing about what my next snack will be. As a little girl, my first phrase was, “Out to eat!” To quote my mother, “I live to eat.” And there’s so much food to live for!

My husband, however, “eats to live” (also to quote my mother). Don’t get me wrong—he has favorite foods, and he certainly enjoys eating them. He just doesn’t have the passion for food that I have. He’s never abducted by a craving and taken hostage. If he didn’t need to eat in order to survive, he probably wouldn’t eat.

(There was also a very similar foodie/non-foodie dynamic in my parents’ marriage. My mom looks forward to a good meal like a child looks forward to Disneyland. My father, however, could be served the incompletely incorrect meal at a restaurant—and it could even be cold—and he would eat the entire meal without a complaint, as if he had really meant to order the food he was given. If the situation were flipped, the look of disappointment on my mother’s face would’ve stopped the waitress from putting the plate of food on the table in front of her.)

I’ll try to make almost anything I’m craving—even attempting to recreate restaurant favorites in my own kitchen. My success varies, but the potential payoff—the flavors, the textures, the smells—is enough to keep me trying again.

My husband sticks to what he knows. He’s mastered the art of an egg over-easy, but struggles with the patience needed to cook up a perfect grilled cheese. He’s nervous to cook something new, and spent the earlier days of our relationship reluctant to even try new foods.

As a self-proclaimed foodie, I am proud to have expanded his palate. But I’d be lying if I didn’t admit that my husband—a man of simple tastes—has imparted his own favorites into my diet.

It started early in our relationship.

“I like hotdogs better than burgers,” I probably said. (It’s something I’ve said often.)

We were somewhere with a grill. I don’t remember where, exactly; we fell in love in the summertime, so our early months together were scattered with cookouts. But I remember what he said.

“Saugy Dogs are the best hotdogs, though.”

“No! Saugy.” He emphasized the vowels, sounding them out slowly for me. “It’s the brand. They’re the best.”

Saugy Dogs are local to Rhode Island. They’re classic beef and pork frankfurters in a natural casing. I had never had them before—had never even heard of the brand, which was an embarrassment as a native Rhode Islander—and my husband instantly went on the hunt.

When he found a box of franks and grilled one up for me, I was hooked at the first bite. The natural casing snapped as my teeth sunk into the hotdog, and that was it. Every other hotdog was just a soggy disappointment. Somehow, my husband had revolutionized my favorite summer staple. I should’ve expected he would find a way to upgrade another cookout classic.

Because while still I enjoy hotdogs better than hamburgers (especially since trying Saugy Dogs), I’m still know to have a burger or two. (Cheeseburger only, of course—I can’t get enough cheese.) And everyone has a preference as to how they take their burgers.

In the largest of foodie faux pas, I spent much of my life not caring about how my burger was cooked. I understood that it was laughable that my mother preferred her burgers well-done, “like a hockey puck” (as we’d call it), but I didn’t have my own preferences for temperature. (I’ve since grown to prefer my burgers at a solid, pinky medium when eaten fresh.)

Condiments, however, make the burger. And for 25 years of my life, my burger condiments were classic, inspired by the fast food greats: mustard and ketchup. If pickles were available, I’d take them, too; if not, no harm no foul.

My husband changed that for me. Well, first, he disgusted me.

“What the hell are you putting on your cheeseburger?” I probably asked (because I am excellent with tone).

I took a bite. I could taste the sweet, the smoky, the tang of the vinegars, and the heaviness of the mayo balancing it all.

It was love at first bite. (For the condiment combination—not my husband.) I’d never eat a burger the same way again.

Almost seven years later, I can’t imagine summertime cookouts with my hotdogs or burgers made any other way.

More stories from Jordan Gilletti and writers in Feast and other communities.