The rock of the family

by BullDude about a year ago in parents
Report Story 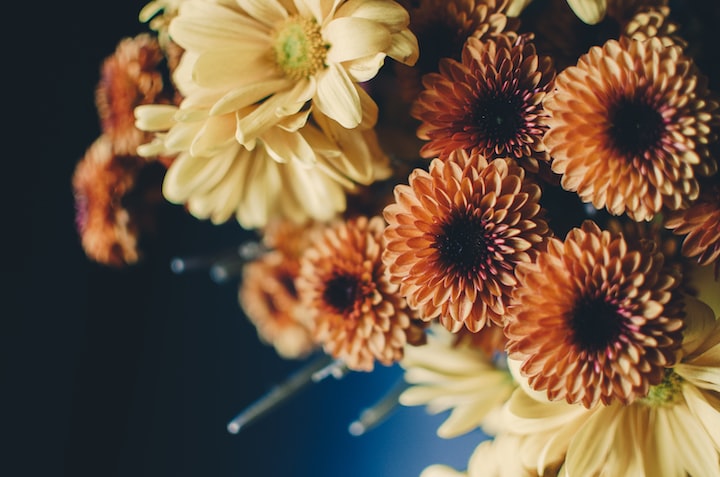 To describe your mother in words to people you do not know, it’s a hard thing to do. She has been the rock of the family, our glue.

When the Spanish civil war started my grandparents moved to Argentina like many other Europeans. They settled in the outskirts of Buenos Aires, started their own company and had two kids.

When my mom was in her early twenties, both of her parents passed away, leaving her and my uncle alone. Back then, Argentina was under the dictatorship of Videla. Those were turbulent times, people with a different mindset from the government went missing, some came back, but some didn’t.

Things passed and eventually my mom got married to my dad, they opened up a small business, I was born and after three years, my brother was born.

After they closed down the business, my dad started working in the reception of a hospital and my mum would look after the house, taking myself and my brother to school, feed the dogs, feed the family and run the errands. It was the classic middle-class picture of a South American family.

My mum had some family living in Spain, and one of them offered my parents the chance to move to Europe. My parents agreed and beginnings of 2000 they started to plan the move.

We moved to a small village on the north east of Spain on the 19/12/2000, and the very next day, Argentina went on a financial crisis. Whatever money you had at the bank back then, it was gone. Luckily for my family they took all of their money just before we took off to the old continent.

Once in Spain, my mum started working as a fishmonger assistant. Quite a change for her, she was not used to it. It was smelly, and the hours were long. My brother and myself became more independent, at lunch time we would eat alone at home and see our parents once the afternoon classes were done.

Some years passed and my mother left the fishmonger job and started working in a kitchen in a small restaurant. During summer there would be no days off for at least four months, that’s the old school Spanish way. It was hard work in a very hot environment.

As a teenager I was not the best one, I liked to party, be out and about and I wasn’t too interested in school. My mum would be called in for a chat with the head teacher more often that I would have liked. She would get very disappointed with me, but she always kept it calm. She knew that I could be better.

That went on for some time, my brother doing good in school and myself being a mess. Mum always concerned, she never wanted me to end up in a cheap kitchen of a cheap restaurant working 12h a day for a minimum wage.

When I turned 21, I decided to make a change in my life and moved to London, and 10 years later I’m still here.

The more time I spend away from my family, the more I wished I did more back then to be closer to them. Now my mum owns a shop and makes more money than she used to, she is well known in the community and everyone loves her, she lives a quiet life with my dad and two beagles.

She doesn’t complaint, she just gets on with it. She always told me I was like a 4x4, I can adapt wherever I decide to go, but really, she is the one with the attitude of a 4x4 vehicle. Nothing was given to her and she still made it.

I had many changes in my life and I always looked up to her. If there is something I learned about my mum is to just get on with it, life is not easy and probably won’t get any easier with time, just make it happen whatever the circumstances may be.

She is humble, approachable and she won’t judge whatever your thoughts or actions may be.

Dear mum, thank you for always having my back no matter how much of an idiot I might have been.

NFT Enthusiast based in London.

More stories from BullDude and writers in Families and other communities.