The NYE When My Dog Ran Away

Bad Things Often Happen All At Once 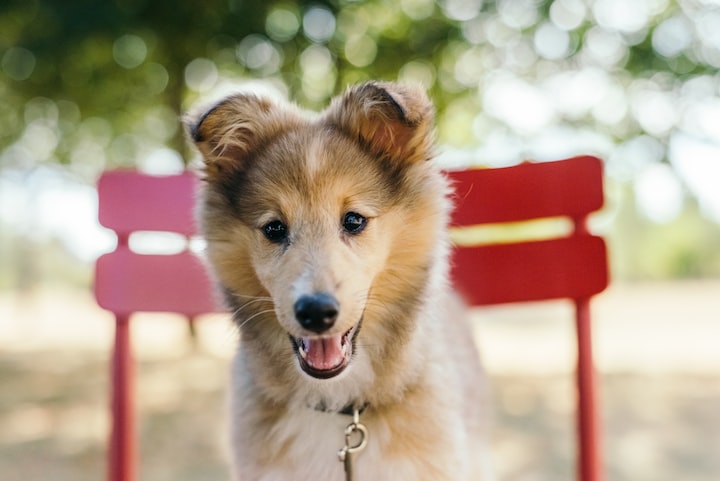 Photo by Krisztian Tabori on Unsplash

In 2007 on New Year's Eve, my dog ran away. I was coming home from an internship at Disney World. I was on a cross-country road trip with a friend to make my way back to Northwest Arkansas. My friend was another college intern. She lived in Kansas City. My parents planned to meet her family/caravan in Missouri, and they would take me the rest of the way to Mountain Home.

I didn't take my car to Orlando. I was 19, and I was anxious about driving in unfamiliar places. It was a godsend that my co-worker friend who I had got to know over the past four months lived relatively close enough to my home base for this journey to work. My parents said they wouldn't come to Orlando to help me get back to Arkansas; I had to come up with that plan myself. I could have flown home, but I had a lot of stuff with me.

My parents had been fighting for the past couple of years. My dad lost his job right after I graduated from high school. When he lost his job, it put a lot of things into uncertainty. I wasn't sure if I had enough funding for college—my parents were helping me out financially on top of the scholarships I had.

I am the youngest child. When I graduated high school, my oldest brother had already graduated from college. He was in a funk because he didn't know what to do next. He was playing with different bands. He broke up with a girlfriend. My other brother had a semester or so left of college; he was married.

Over the summer of 2007, I stayed with my parents in Mountain Home, Arkansas. This wasn't the town where I grew up. It's where my parents moved after my dad got a new job. My mom really didn't want to move at all. It broke her heart to sell our family home.

My mom was also struggling with empty nest syndrome. Maybe my dad was struggling with it too. . . or he was liberated by his kids growing up. His emotions manifested in a completely different way than my mom's. She was sad. He was arrogant and angry.

My dad had uncertainties about his new job and the town. There were a lot of arguments between my parents. I wasn't sure at that time how much I should divulge to my brothers. Was that my responsibility? I felt my parents should be honest with my siblings. They should tell them the truth, not me.

The fighting eventually escalated into a full-blown showdown. I found out my dad had cheated on my mom more than 20 years ago; it happened before I was born. The affair happened sometime when my brothers were little—most likely toddlers. I'm not 100% certain about the timeline. There are some questions I don't want to ask. My dad, for whatever reason, had reconnected with this mysterious person from his past. My mom was heartbroken. She kept saying her life was a lie.

I'm going to skip the more painful details out of this story. Just know it was all really ugly and shocking.

I began to question my life and how I was raised. Were the morals, traditions, and virtues I was taught when I was young just a joke? Who really was my dad? I rebelled for years in weird ways because I questioned just about everything. It took years for me to feel stable and secure again.

Anyway, my parents continued fighting and arguing for a couple more years before they divorced in 2009. The summer of 2007 was a special kind of peak in that mountain range.

The holiday season that year was also horribly bad—for one, my dog ran away. I was finally coming home from my internship at Disney World. I worked at one of the ride attractions at EPCOT.

I missed Christmas with my family because I had to work for the mouse. I was exhausted when I got to Arkansas. I had been working 14-16 hours a day for the past few weeks. I was slap-happy from sleep deprivation. My responses to things weren't normal.

My mom was desperate to see me, so she wanted to come with my dad to our rendezvous spot in Kansas City. She found a dog sitter for our shetland sheepdog; I was given the dog at the age of 12. He was the family dog, but he was also a gift to me. Until I went off to college, he would stay in my room at night.

Our dog was skittish. He was incredibly intelligent. He didn't really socialize with other animals. He was cynical of new people. He was a highly athletic dog. He would play fetch for hours. He loved to bounce a big ball on his nose. He was fast. He was my comfort in that strange 2007 summer.

Unfortunately, the people who were dog-sitting him did a terrible job. Somehow he got startled. They were smoking, and he didn't like the smell. They got too close to him, and he bit back. . . which was unusual for him. Somehow he escaped and lost his collar. The dog-sitters couldn't catch him. He vanished.

I was in a parking lot when I got the call from my mom. She was hysterical. I thought she was going to tell me that she and my dad were getting a divorce, or that he hit her.

I was surprised when she told me our dog had run away. My dad still made the journey to Kansas City. My mom didn't come with him. She was too sad, and she was searching for our dog. He wasn't found by the time that I got home.

My brothers were in Arkansas before me. They had spent the past six months in Boston on different adventures. My oldest brother was accepted into Berklee. My other brother had a temporary job with a company. He and his wife spent those six or so months apart. Then after the holidays, he moved back to Arkansas, and they reunited. He had hoped the Boston job would become permanent, and then she could move there.

In an effort to find the dog, my oldest brother printed off hundreds of flyers and distributed them throughout the town. My other brother and I went to different neighborhoods and yelled for the dog. I remember my mom yelling into a field.

We never found him. It was unpleasant starting my spring semester a few weeks later. It was strange to be around family in such a dramatic, tense time and then go back to school and try to act cool, calm, and collected.

I did well that semester despite the homefront sadness. My brothers and I had all grown up, and we were going in different directions. My father was cold toward my mom, and he never forgave her for the dog running away. I thought he was unnecessarily cruel to her. She also lost her one companion during that dark storm: the dog who kept her company in a new town when her children had grown up and her husband had gone AWOL.

Her father died back in November. My grandpa had Parkinson's. I don't really know how my mom confronted all these sad things. I've always empathized more with my mom when it comes to this part of my family history. She did what she could to make it through each day. She went through depression, and rightly so. A few years later, she was diagnosed with early-onset dementia and Alzheimer's. She didn't deserve so much bad luck. If I get to meet God or something like that one day, I will ask why she was given such a bad hand in life.

Easily the worst Christmas and New Year's Eve for me was in 2007. I missed my dog really bad for years; I didn't want things to end that way. Who would? He was only seven years old. That semester when I was alone, I cried while thinking about him. He was there for me in my adolescent years.

Occasionally, I think about this time in my life, and I let myself cry. It sneaks up on me. I'll have thought there are no more tears left to cry, and I've made peace with these things. I'll tell myself it's okay that I didn't get to say goodbye to the dog. Out of the blue, I'll miss him and his unique personality. He represented something bigger than I can even begin to describe.

More stories from Andrea Lawrence and writers in Families and other communities.