by Ida Stokbaek 2 months ago in humanity

Can you write when your kids are not at school? 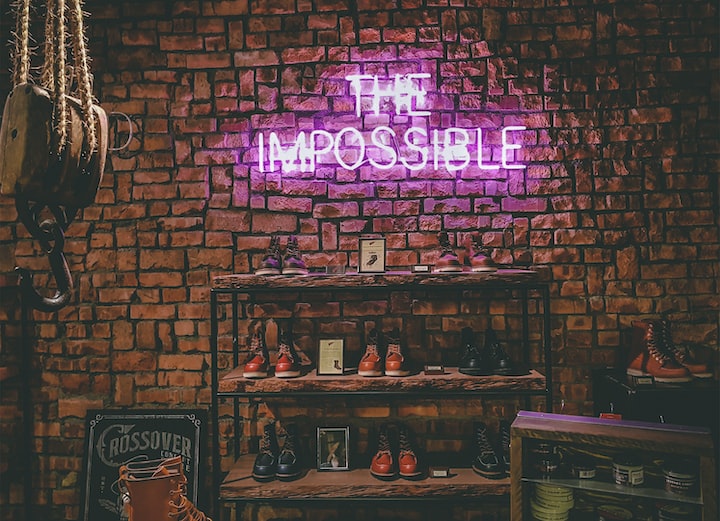 Photo by Victor on Unsplash

My favorite part is hanging washing outside, and it dries. I don’t have a drier, and in winter laundry is hard.

Other amazing things about summer is the schools being closed, the children being at home, making constant mess and asking for snacks every half an hour. They also want to go places and require play dates and attention.

I adore my children, but having them at home for 6 weeks over the summer is not great for my writing productivity. In fact, its absolutely devastating.

I realized less than a week into the holidays that I wasn’t going to get very much writing done. I was okay with that at first.

But I’m not coping.

I need to write, or I go insane.

Sometimes I end my days writing a few pages of absolute nonsense (usually rants about not having time to write) before I go to bed, and that’s it! That’s all I get done.

I do enjoy doing things with my children. I love seeing their smiley little faces when I surprise them with the funfair, or the play center, or something equally stressful and affordable.

We’ve done all that now. We're out of money and have nothing planned for the rest of the month. We're just waiting for school to start, taking the occasional trip to the local play park.

I have searched the internet for answers. Of course, millions of writers (Or anyone working from home) are in the same ship. And how are others coping? How do writers find time to write when their children are not at school?

I’ll tell you what I found (and it really didn’t help at all).

Other people, apparently, sneak 5 minutes writing into their day while their kids are entertained, or write at night, or early morning. And does that work for me? No. No it doesn’t.

Should I blame the kids? Other people’s kids leave their parents alone for long enough to start up their laptop, and even do work on it. Mine don’t do that.

“Mummy, you haven’t played with me today!” Says my 4-year-old, approximately 10 minutes after I get up off the floor, after playing with her for HOURS!

On the rare occasion both children sit still, they both have a tablet in front of them. We only have a small apartment, and neither child is partial to headphones. From my son’s direction I can hear the voice of some Twitch streamer, and from my daughter’s I can hear the voices of some young American girls, who’ve made millions playing with barbie dolls on YouTube.

This isn’t conductive to the flow of creative juices, so I get up and do the laundry instead. Then I tidy our home, knowing full well it will be a mess again within the hour. By the time I’ve done that, the youngest is bored of YouTube already and asks to do arts and crafts.

After the kids are in bed, I should have time to write, but no. If they happen to be in bed at a reasonable time, my boyfriend will make me re-watch all these box sets I’ve seen before, and if I say no, he will cry.

I could tell him to go away, but I've had nothing but children for company all day. It's been lonely, and I secretly do want to watch those box sets (again).

I try to be there for everyone, but where’s my time? When can I possibly progress my novel? Or write a short story just for fun?

Sundays! Sunday is the answer. Both kids are out for a few hours on a Sunday, so I write for a few hours, and then what happens? Those few hours come to an end. With a whole week between each session, the product of them just doesn’t feel right.

I have finished one short story since schools closed for the summer. I haven’t touched my novel at all, except for a rewrite of chapter one, which I did by hand and haven’t typed yet.

I miss my characters. Will they forget about me? Will they still be the same when I come back to them in September? I fell like they are getting up to things without my knowledge, changing in important ways, living their own lives. Once I have time to write again, my characters and I may need to get reacquainted. It’s been so long already. I miss them.

One would think I’m just making excuses not to write, which I suppose is true, because I don’t like rushing my writing. I don’t want to write a couple of paragraphed and then put my work away. I need to be completely alone, travel to my fantasy world, dance with the elves, listen to the cascading falls of the Diamond River. I write best when I’m in my story. I cannot be in my story and looking after my kids. And I refuse to shut my kids out. I refuse to say “Mummy is working now, leave me alone!”

I don’t want my kids to feel unwanted. Because I do want them. I want to be present and available to them. This means I cannot write during the holidays. And that’s going to have to be okay.

I pray for patience. There will be time to write. Just not yet.

Receive stories by Ida Stokbaek in your feed
Ida Stokbaek
Read next: When Grief Takes Over...