by Audrey Larkin 14 days ago in grief

Reactions to a Funeral 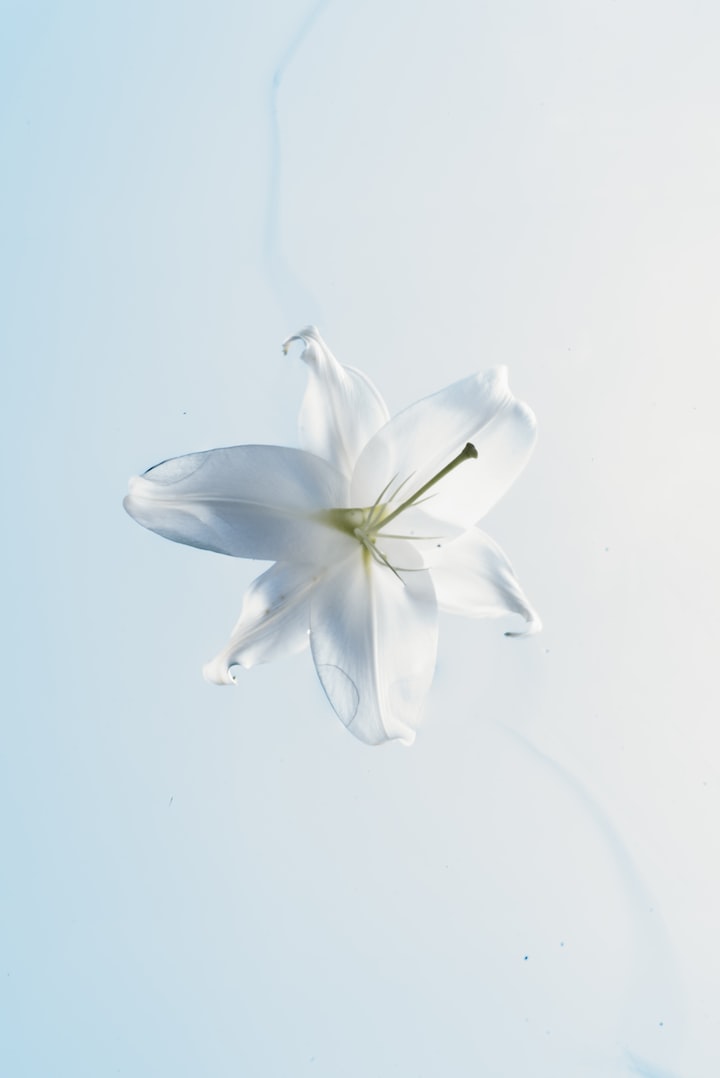 Photo by Evie S. on Unsplash

My Aunt Bea was resolute at my uncle’s funeral. Her black skirt suit pressed and showed no trace of lint with a lilac kerchief in every pocket. She didn’t wear any of the broaches my Uncle Bob had gotten her, nor did she go into the room for the wake. Instead she stayed with my brother and I, in the deep green sitting room downstairs, you could just see the white banister that lead to the viewing room from the couch we were all cuddled on.

However, Bea’s peace on the couch would soon be lost, as my brother’s hungry cries summoned my mother. She appeared in the door, framed by the white molding, her black dress a strange contrast against the gold and pink wallpaper behind her.

“Oh, Bea, you don’t have to watch them for us! Go be with Ruth. She’s up in the viewing room with Don.” My mom tries to steer my aunt to my grandma and grandpa’s company upstairs while pulling Ryan into her arms, ready to feed him as soon as Bea left the room.

My Aunt Bea sat resolute on the couch “I don’t need to see my sister on a day like this. I would much rather be with the little ones.” She pulled me closer to her side, placing a kiss on my head.

I wish people had just listened to what she wanted. Listened to what she needed. My grandfather came to get me, take me away from Bea, much like my mother came and got my brother. We went to ascend that white banister stairwell, to say goodbye to a man I didn’t really know. There was someone playing a saxophone or trumpet or some brass instrument upstairs. I know now it was to honor Bob and his passion for Jazz, but unlike New Orleans’s brass that celebrated life this was melancholy and led to my future dislike of brass instruments for many years.

“Why not come up with us Bea,” my grandpa said at the foot of the stairs, “Everyone is on their way out anyway. You’ve done enough hiding with the children.” The long moment of my Aunt Bea staring at her brother-in-law could have turned us all to stone. The musician upstairs invasive playing fading out into muted conversation.

Bea stood from the couch, brushed down her skirt, readjusted her jacket and crossed to my grandpa and pulled me into her arms, “I don’t think my hiding with children would have bothered Bob. He knew how much I wanted some, and god bless his soul, he tried to give them to me. If I took comfort in them today I don’t think he would fault me.” She turned away with me in her arms, heading away from the rest of the family, away from the prying and crying and questions in judging eyes.

My grandma was at the top of the stairs in dark grey and baby pink, “But Bea, you haven’t cried yet!” Her distress at this fact was clear even to my young self.

Bea just looked up at her and pulled me a little closer, “Ruth, if I cry now, who will put me back together.”

My very first memory are those words and the wake that surrounded them. That’s where I learned that if you fall apart, or let yourself fall apart you might never get put back together because sometimes fixing something is more than a one-person job. I’ve learned while mosaics are beautiful in their fractured images, sometimes it’s better to whether the world as a statue.