How To Be the Stranger at Your Father's Funeral

by A L Hart 3 months ago in parents

My father was not my real father, but he always treated me as if I was his own. 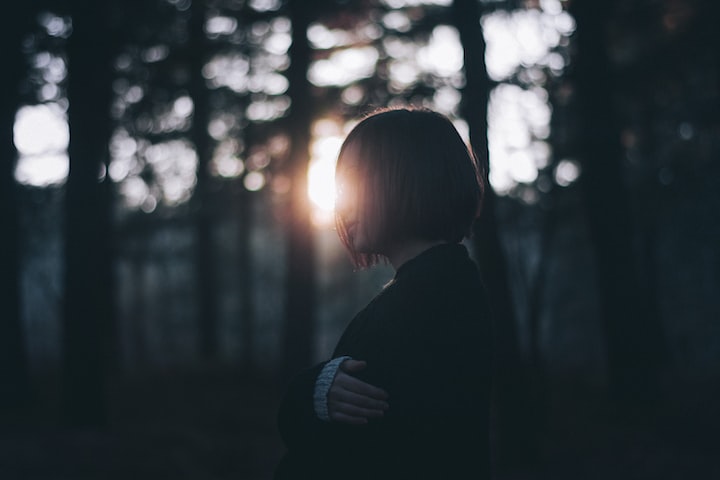 Photo by Riccardo Mion on Unsplash

His love was always unconditional and unwavering.

Now, my dad had two families.

We were his second family - my mum and I. He also had his children from his first marriage. But we were never really a united family - apart from the surname.

I have stepsiblings, but I was never very close to them. They were much older, with families of their own. Instead of connecting with me as their sister, they would often match me up with their kids who were only a couple of years younger than me. They would invite me over to hang out with their children as opposed to getting to know me.

I never felt sad that I didn't feel connected to them because they were different from me. I had come to accept that I was never going to be their sister.

I grew up accepting that I wasn't part of their life, and they were not part of mine.

Family quarrels are bitter things. They don't go according to any rules. They're not like aches or wounds, they're more like splits in the skin that won't heal because there's not enough material. - F. Scott Fitzgerald

My father always made me feel like family and I was content with his acceptance. It was at his funeral that reminded me how they saw my mother and me.

It's been nearly two years since my father passed away. The day of his funeral manifested pangs of rejection, that I always knew existed in me but always quashed, with being the other daughter.

Of course, to save face they tried to make it feel like there was a connection, but they still made it palpable that we were the outsiders.

They invited us to ride with them in a fancy limo to the funeral. They even let my mum and I walk in first during the procession into the chapel. But what made the divide so apparent that day, was the physical division between them and us. They placed mum and I at the opposite side from them at the chapel.

There were rows of seats left empty behind us because we didn't have extended family - it was just the two of us.

While their side was populated by their families and extended relatives.

That was when I realized what they truly felt about us.

We weren't part of their family and they made sure that people knew that from our position.

We were still the other family.

Even though they knew how much I cared for my dad - they still didn't accept me.

Maybe it's because I was this strange new child my mother brought over from an impoverished country. Perhaps they saw my mother as the evil step-mother and by proxy I must also be just as wicked.

I lived with my dad for a while with my partner when his condition worsened. But even when I lived away from him, we would drive from London to visit almost every other weekend. He adored my partner and my partner adored him - something about them both being Londoners helped them bond. My stepbrother and his family didn't connect with my partner, to be fair they barely came to visit. Perhaps they were suspicious of my partner's eagerness to help or that they just disliked him because he was with me.

He always felt like my real dad, but that day he didn't feel like my dad at all.

It wasn't just my dad that died.

My concept of 'family' died with him. I have a complicated relationship with my mother, so I was always closest to my dad. He was the one thing that kept my mum and I in touch. He was the one person that I could rely on.

I used to view family as this superficial idea - that it was just a name you shared with people you called mum and dad.

But losing him has forced me to re-evaluate my definition and it makes me feel more alone than ever. I wasn't his child, but he made sure everyone knew I was his daughter. He gave me his name and with that his virtues. He gave me a home and stability. He gave me security when my mum left after her affair. And most of all acceptance and identity - I can be who I wanted to be, and I would still be loved.

But the funeral took that away from me.

It made me feel disconnected from him more so than his death. I felt like I was robbed of the right to mourn him.

After the service, we had the wake. More people were giving their condolences to my stepbrother and stepsister than my mother and me.

I became a stranger and an imposter.

His other family mourned by popping a bottle of champagne.

I remember going to the bar to get a drink when a random stranger, who had unwittingly stumbled into the restaurant, came up to ask what the celebration was. I stood next to him and told him that it was my dad's funeral, but even uttering the words felt alien to me.

He was only a stranger, but his condolences felt the most genuine that day.

Just some girl writing about life

Receive stories by A L Hart in your feed
A L Hart
Read next: Light