Finding Out You're Adopted With eBay

by A L Hart 2 months ago in parents

Never in my wildest dreams did I think I would be writing about being adopted because of eBay. 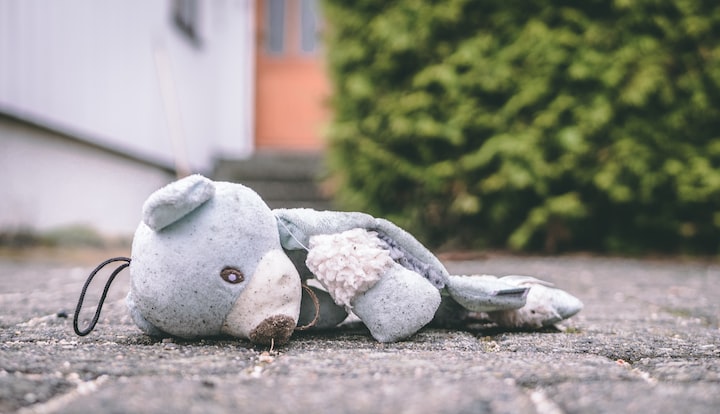 Nor did I ever expect to be writing about being adopted - I guess no one's ever prepared for that situation.

I always knew that my dad wasn't my real dad because I was told he wasn't from a young age, but he had always considered me as his own. Now, I never really questioned my mum not being my biological mother. I mean we look-alike, and people would say so too. The only difference was our characters, but I never really took it as a sign that she wasn't my mother.

However, looking back now, it's not entirely strange for my mum to blurt out something like that during a silly argument, without considering the consequences.

She is very much a strike hard first then maybe consider the damages later - or never consider them at all in this case.

It took her 25 years to tell me this secret. Perhaps she was biding her time until eBay came into existence and strike up an argument, so she can reveal the truth and shatter her daughter's life.

It's tough thinking about it now because it still feels like such a surreal event. One minute we were arguing about eBay and the next she was telling me this big life-changing secret. It feels like a distant reality, and I often wonder if it ever even happened. We never really spoke about it afterwards. It just happened, and we all just had to pretend like everything was normal.

It still feels unbelievable to me that it all came out just because she wanted to use my eBay account. It just sounds so tragically comical in a way; I don't know if that's what's kept me sane after finding out.

I told her that I no longer had my eBay account and then asked why she couldn't sell it on her account. Of course, this response enraged her - I should have known better to be honest.

The next thing I knew, she had erupted into this incoherent rhetoric about why I should never question her, ever. She then proceeded to berate me for being a disrespectful and useless daughter.

I then started to feel this familiar hollow feeling in my stomach, which always reared its ugly head when I knew my mother was about to go nuclear. It was worse when I was younger; my hands would get clammy, my breath would quicken, and I'd get a pain in my throat because I was too afraid to speak up.

But as I got older, I got a bit better at handling the anxiety and I started sticking up for myself more. But that shadow of dread was still there waiting to take over. It wanted me defenceless and weak - just like she did.

I decided that I didn't want to start a silly argument about eBay with her, so I had rounded off the conversation. Plus she was also starting to get quite nasty, which was her natural reaction once she knew she was not getting her way.

But she didn't want to let it go.

The next day she came over to visit, at that time I was living with my dad because he had just moved into a new house and needed some help.

She burst through the door and demanded to speak with me.

It was not over.

She delivered it with the intention to hurt and demoralize me. I could tell from her tone as she spat every word out so callously.

She continued her rant and began to reprimand me for not being able to help her. The topic then shifted from eBay to a barrage of taunts about how terrible I was.

I was a disappointment.

Every awful thing you could hear about yourself coming out of your own mother's mouth.

But to me, these were just her usual insults, because these were the words she knew could hurt me.

Younger me would have sat there in silence just listening to her shout, trying to unsuccessfully push back the tears. But as I got older, I forced myself to toughen up and defend myself.

By the time I was at university, there were so many things she'd done to make me lose my respect for her.

I distinctly remember my dad telling me before I left for university, "At least you can get away from this." His voice had a slight tone of envy, but I couldn't blame him because she had hurt us both so much by that point.

That inherent fear of disrespecting my mother had eroded, and I think she could see it too.

My mother was very calculated, as soon as she saw that her insults didn't have the desired effect, she changed her tactics. Her go-to move was to bring my father into the argument. She'd tell me how much he agreed with every hurtful word she had said. That he would tell her these things behind my back because he didn't want to hurt me.

The argument had transformed into a series of attacks to try to emotionally break me. One assault after another.

But of course, by this point, I was already familiar with all her tactics.

So, I guess she felt this was the time to pull out her most unexpected kick in the stomach move to win the argument, "You're adopted."

We were so far past her reason for starting the argument, that I think she no longer knew why we were fighting in the first place. But just to make sure that she was able to win by crushing me emotionally and mentally, she decided that that was moment to reveal the secret.

She shot it at me like bullet that would wound me for the rest of my life.

It was delivered with the intention to hurt and demoralize me. I could tell from her tone as she spat every word out so callously.

There was no hesitation. No remorse.

I remember being frozen for what felt like an eternity. I was utterly bewildered. Shell-shocked from her words. I felt like I couldn't breathe and could feel that my throat was hardening - that familiar ache had returned.

My brain felt foggy and delirious.

At that moment it seemed like the ground beneath me had disappeared and I was just falling into the unknown. I didn't know what to do or say.

What could you do and say at that moment?

She could see that she got me, and all she could say to cut through my disbelief was, "You think I'm lying - I'm not."

Her face had a sort of sneer that I had seen before, which made me realize that she probably was telling the truth.

It came out of her mouth so smoothly with no regard for the repercussions.

My long-lost shadow took over. The tears started falling and I felt defeated. This was the first time in a long time I had let my mum see me cry.

She didn't even try to apologize.

The tears just kept coming, and I couldn't stop myself. I was inconsolable and so I left the room.

I couldn't bear to sit across from her, just watching me crumble. I stayed up in my room all night. I couldn't sleep or eat. I felt utterly numb, and my eyes stung from crying. It felt like I was in mourning.

The next day I spoke to my dad. I wasn't sure if he knew what had happened, but I went straight to the point, I told him what mum had said.

His face dropped as if it was the last thing he was expecting to hear.

My dad told me that when he first visited the Philippines to see my mum, I was just a new-born. He said that they told him that my grandmother paid my biological mother money to adopt me. It was worth 1000pesos.

He said that was all he knew.

My dad apologized for how it came out. But she never did.

She defended her actions by telling me it was my fault and that I had pushed her to say it.

My mother and I never saw eye to eye on many things, and we did (and still to this day) have a dysfunctional relationship. But I always kept in mind that she was my mother, and so I would at least try to show her love and appreciation.

But it felt like she drove the last knife into our relationship that day.

Learning that she wasn't even my biological mother obliterated my sense of self.

Questions buzzed in my head, and they still do to this day.

Where did I come from?

Why would they keep all this from me?

If it didn't come out that day, then when were they going to tell me?

I cut ties with her for a while because I felt like I just didn't have it in me to forgive her. The daughter she knew was gone - she was dead to both of us.

I never thought this was how our relationship would disintegrate.

It still feels like one big joke, but nobody's laughing except for her.

Just some girl writing about life

Receive stories by A L Hart in your feed
A L Hart
Read next: This Old Barn