by M.E 2 months ago in fact or fiction

Do you know the real story? 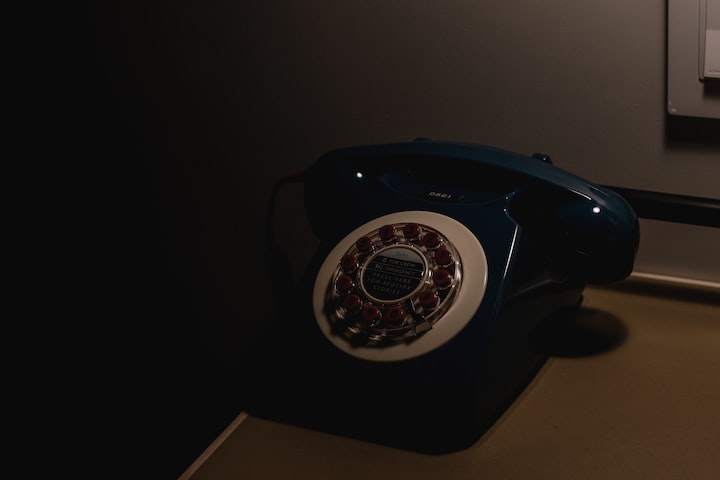 Photo by Benjamin Hanimann on Unsplash

Everyone knows the song "Psycho Killer" by Talking Heads, right?

My friends and I would sing the catchy chorus at every other indie/rock club we went to in the early 2000's - it pumped us:

Until one day, in the middle of a party, a friend came to me and said, "You know what this song is really about?"

I heard that with a drink in my hand, still grooving and dancing to the addictive beat.

So I replied to him on top of the loud music, "Yeah, sure, a guy who admits he's a serial killer and warns us to run!" and I kept dancing and repeated the chorus out loud:

"No, so you don't know the real story behind this song!!" he said, as he stopped me abruptly, holding my arm.

And then what he told me right after that made me cry in the club. I literally felt shivers all over and got very anxious and nervous. This story FREAKED ME OUT!

He told me that the song was actually about the real story of a woman that lost her husband and lived alone with her two kids in a big house in a small town in the US.

The calls came in the middle of the night and during the day. She and her kids were getting very annoyed and scared, and the calls became frequent. Finally, the woman told the story to the police and asked them to come and tap her phone to identify where the calls were coming from.

"Hello, miss? It's the police you need to run from your house NOW. I'm afraid to tell you that the call came from inside your house!" (Yes, this was the part I cried in the club. I mean, from inside her house?!)

In panic, she runs down the stairs and calls for her kids, just to see the front door open and her two kids hanging from the ceiling, dead.

SERIOUSLY. This story! The song that I would bluntly sing without ever giving it a second thought had gotten a completely new meaning for me.

I was always super scared of those stories of people who are found living inside someone else's house in the basement or a secret room, and this just took that to a whole new level!

At the time, I got crazy about it. I researched everywhere to see if I could find out if it was really true or not but never found anything that would confirm it.

In one of my researches, I encountered another urban legend that could have some connection to the one told by my friend. The story of the Babysitter and the man upstairs, dating back to the 1960s, about a teenage girl that was babysitting and receives telephone calls from a stalker who continually asks her to "check the children".

Scared, she calls the police that later tells her that the calls were coming from inside the house. In her case, she and the kids are able to break free.

This story has been adapted for several movies and is commonly cited as related to the real case of the 1950's murder of teenage babysitter Jannet Christman.

I don't know if the story that my friend told me could be related to that, and he never really showed me proof of it.

The reality is that "Psycho Killer" was written in 1973 and is known to be influenced by Alice Cooper and the movie Psycho by Alfred Hitchcock. It was only released 4 years later, in 1977, when David Berkowitz's "Son of Sam" was on the loose, so many suspected the song was about him, but David Byrne denies it since it was written much earlier than that.

The original true story is much less scary than the one told by my friend, but until today it still gives me the creeps, and I can't hear this song without thinking of that poor lady and her kids and a serial killer calling her every day from inside her house.

I hope you can hear "Psycho Killer" after this!

I tell stories and write books!