KN
by karthick nambi 12 days ago in celebrities

A Nazi SS officer might be responsible for the death of Che Guvera, connected to Pablo Escobar, and killed 10.000 Jews in World War II 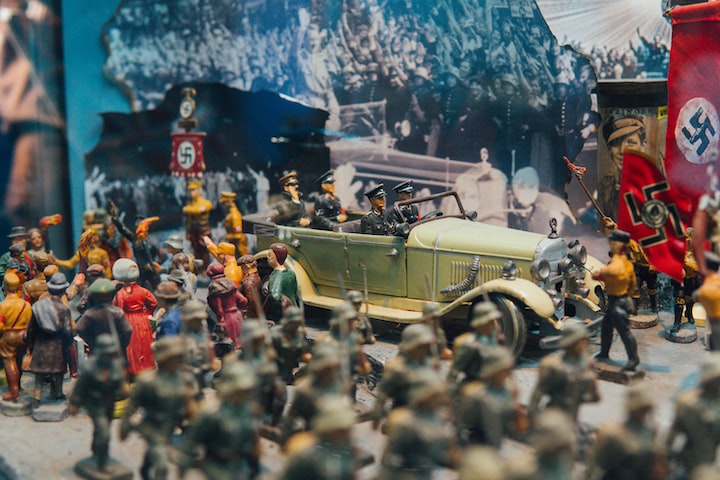 The allied forces entered the outskirts of Lyon in France. Even at this last-minute hundreds of Jews were hoarded into a train in Lyon station.

The passengers include even small children. The train’s next stop was a concentration camp in Germany. Even at the brink of loss, the man in charge of the Nazi occupation in Lyon did not rest.

He was responsible for the death of 10000 Jews in Lyon and escaped the trails after the war. He was Klaus Barbie or commonly called as the Butcher of Lyon.

Rise in Schutzstaffel to Head of Lyon:

Klaus Barbie was born on 25 October 1913 and had a tough childhood. Barbie joined the SS(Schutzstaffel) at a very young age and moved up the ranks quickly.

Barbie got a position in Gestapo (German secret police) working from Amsterdam, where he rounded leaders of resistance groups and killed them brutally. Barbie’s name reached Heinrich Himmler, the leader of SS, who used Barbie for special occasions.

As anywhere in occupied German territories, anti-semitic rules took new heights in occupied and Vichy France. Klaus Barbie was sent to Lyon to head the Gestapo of the region. Lyon was within Vichy, France.

The city was not entirely under the control of Germans but still under German influence. Barbie continued his harsh treatments against resistance groups in Lyon.

Barbie personally tortured several resistance group members and killed them. There was an accusation that Barbie killed children and transported Jewish children from orphanages to concentration camps.

Barbie ran a successful ring to identify Jews in Lyon city and sent them to concentration camps. At the end of the war, Barbie faced trial for the death of at least 10000 Jews.

The brutal killings earned him the name Butcher of Lyon. Even at the last minute when the city was about to fall in allied hands, Barbie transported 100 Jews on a train to Germany.

After the war, Barbie’s life took a U-turn. Instead of a trial for his war crimes, he got a job from US intelligence.

France requested several times for the handover of Barbie from US custody, but it didn’t happen. Barbie, who had connections and known for his effective interrogation techniques, was sent to Bolivia with the help of ratlines from Europe to South America.

Ratlines were illegal ways to travel in disguise from Europe to South American countries. The ratlines were used by many Nazi officials like Joseph Mengele, Adolf Eichmann, etc. during the end of the war.

After World War II, the US had a new job to curb the rise of communism around the world. Barbie was sent to Bolivia to help the insurgents to fight against an increase in communist feelings in the region.

His experience of quelling the French Resistance came to use in Bolivia. He changed his name from Klaus Barbie to Klaus Altmann. There are reports that Klaus Barbie might have helped US intelligence to track down the famous communist Che Guevara’s final hideout.

‘Barbie helped to set up a US favorable government in Bolivia and started his new business — Drugs. Barbie developed connections with drug cartels in South America and helped them expand their businesses.

Barbie’s links go as far as the famous drug kingpin Pablo Escobar, and he also helped in overthrow a Bolivian government in that famous cocaine coup. Barbie sympathized with the Nazi ideology even after World War II and never regretted his actions.

Barbie’s run against the law came to an end as an anti-US government came to power in Bolivia. The new government approved the extradition of Barbie to France, where he can stand trial.

In 1984 Barbie stood trial in France, and Francois Genoud financed his trial. Barbie’s lawyer argued that the crimes committed had expired the legal time, and the case is invalid. Many eyewitnesses testified against Barbie, and the French court gave a verdict of life sentence to Barbie. Klaus Barbie died in Lyon prison on 4 July 1987 at the age of 77.

Many Nazi collaborators faced trials of their crimes, and some escaped. Klaus Barbie is a peculiar case where the US government helped in the escape of a Nazi collaborator responsible for the death of thousands of people.