by Mariah Cruise about a year ago in movie review

A Supernatural Take on the Consequences of Police Brutality 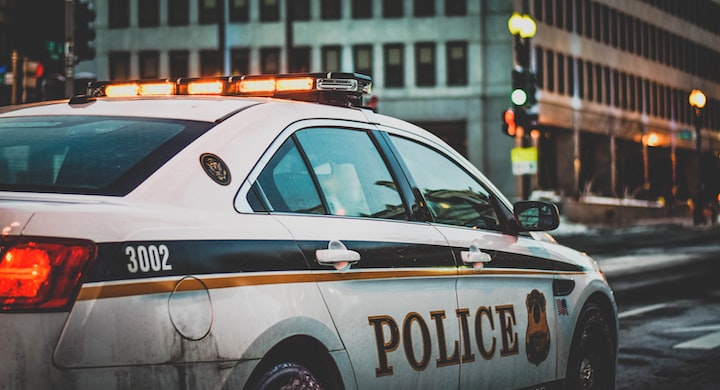 Photo by Matt Popovich on Unsplash

This will not be spoiler-free. You have been warned.

Overall, it isn’t a bad movie (a great way to start a movie review). The script isn’t cheesy, the idea is unique and interesting, the acting is serviceable with a particularly great performance from Nat Wolff, and the effects, while minimal, are pretty stellar. Where Body Cam falls off is in the pacing. It’s pretty bad. In the first two-thirds of the movie, everything seems fine, apart from one rather long scene where Officers Renee Lomito (Mary J Blige) and Danny Holledge (Wolff) search a suspect’s house. Even this scene could be forgiven, given that it creates a tremendous amount of tension, however, taken into context of the entire film, it seems inflated. There is a major twist at the end that answers a lot of questions (although not all; I will get to that), but the twist happens in what seems like the last few minutes of the movie, leaving the audience’s heads spinning, and not in a good way. I literally had to watch this movie twice so I could process everything in the short time span that it is presented.

Here’s a timeline of everything that happens between the 1:11 mark and the 1:27 mark. First, we learn that Officer Holledge has killed himself. He leaves a note for Renee and a flash drive. She watches the flash drive, discovering Holledge, along with several other police officers (many who were killed by a mysterious entity earlier in the movie) were involved in the shooting of a young, black boy. Then we find out the boy is deaf and that is why he did not comply with the officer’s orders. Then we find out that the officers roped Holledge (a rookie) into a criminal conspiracy to cover it up. How you may ask? By murdering the boy. Renee then calls her sergeant so she can show him what she has. They meet at an abandoned manufacturing plant (for some reason) and he pulled a gun on her when she shares what she knows. Turns out he knew about the cover-up and was in on it as well. Oh, and the one officer involved in the cover-up that is still alive also shows up. Both men go on to threaten Renee with death if she does not hand over the flash drive with the body cam footage. Then the suspect, a former nurse, and, surprise surprise, the mother of the dead boy shows up. The murderous entity is revealed to be her son and takes his vengeance out on the cop that killed him and the sergeant (although he doesn’t die).

All that, in about 15 minutes. The movie doesn’t end there. We find out the sergeant is sentenced to prison for his part and the mother of the boy returns to working at the hospital after her son moved on. The movie itself is only about an hour and 35 minutes long, including the credits, so why did they feel the need to make the end so short? If they wanted to keep it shorter, why not extend the final sequences and shorted the many drawn out ones in the first half of the movie? Guess we’ll never know.

Onto the plot holes! There’s really only one major one I would like to point out. WHY DID THE GUN NOT GET TRACED BACK TO THE COP THAT SHOT THE BOY????? I am not a police officer or a forensics expert, but I do have a BA in Criminal Justice and consume (probably too much) true crime as a hobby. Maybe the casual watcher who isn’t aware of forensic methods would miss this, but I’m sorry I can’t let it go. That would have been the first (or one of the first) thing that would have been one. They would have collected the bullet and run ballistics. The only thing I can think of is that the bullet passed through and the cops were able to find it and dispose of it. However, in the scene, it's dark and rainy, making it very unlikely they would have been able to find it without an extreme amount of luck. If they didn’t find the bullet, then the crime scene investigators didn’t either I guess.

This movie isn’t bad like I said at the beginning. There aresome good jump scares and the tension and gore are used effectively, but the pacing kills it on a first watch. The second time around is better and I recommend at least a second watch to fully appreciate the good parts of this movie.

Read next: Best Serial Killer Movies of All Time