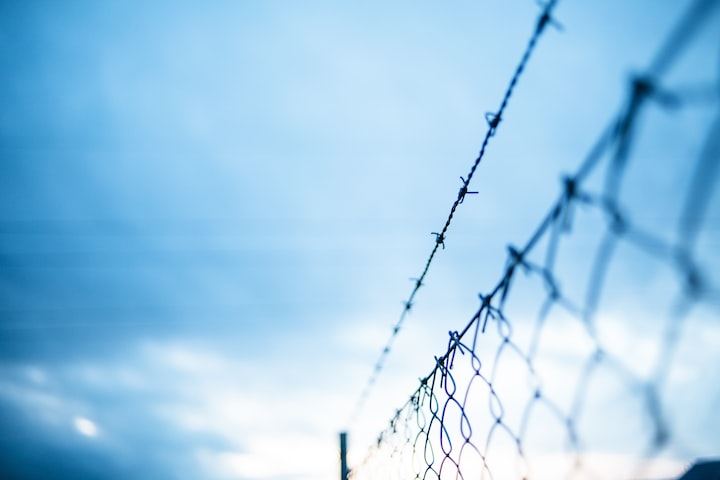 My step-uncle was a criminal, but I grew to love him greatly. And then, he disappointed me greatly, breaking my teenage heart - stomping on it with his combat boots and grinding it under the toe like a finished cigarette.

He had just returned from prison that summer, moving into the basement of his Mom and stepdad’s house - my grandparents. I also spent most of that summer at their house, caring for his young child. In a short time, my Uncle’s girlfriend also moved into the basement with him. I grew rather close to her, too. I didn’t realize their bonds were based on synthetics.

I remember one time not long after his return, wearing his camouflage pants and combat boots. We were outside and I was talking big. I challenged him to a foot race, determined I could beat him. The race never happened. I’m sure he was amused. I could not have beat him.

Another time, he trusted me with scissors, insisting that I trim his beard. I had never done so, but I did it and it was just fine. I didn’t snip him or anything!

I have good memories of his girlfriend, too. Though I can’t even remember her name now, I can picture her clearly. She became like a big sister to me. I never had a sister. She showed me how to slice a kiwi fruit, and helped me choose a swimsuit.

The three of us spent a bit of time together that summer, building a family relationship, while helping a man get back on his feet - or that’s what I naively thought. Secretly, the two of them were doing a lot of drugs, and the the maturity of a grown man was not present.

Shortly after that summer of babysitting was a over, and I returned home more permanently as the school year began. I looked forward to the Holidays for the opportunity to spend more time with my Uncle and his girlfriend, whom I thought felt also had grown to care deeply for me. Maybe they did, but the pull of drugs was stronger. I understand that addiction now, but at the time, it was extremely damaging to my tender soul.

Originally, he had been discharged from the Army. I don’t know if it was by choice or not. His wife, or girlfriend, at the time gave birth to a baby boy, soon after, abandoning them both, The child ended up being raised by my/his grandparents. He had issues, not surprisingly.

During the fall, or winter, I really can’t remember, the two had succumbed completely to the grip of drugs, though they still lived with my grandparents and his son. There was snow on the ground.

At some point, they made a plan to rob the small-town Pharmacy. At gunpoint. His girlfriend drove the get-away car to leave the demolished scene. No one was shot. I believe a couple of their “friends” were involved also. I don’t know what happened to them all, only that my uncle ended up in a high-security prison within the state. He spent many years behind bars. My Grandma visited him often. I was shocked that he had done such a terrible thing. How could he? I loved him, lots of people loved him.

Soon after he got out, which was shortly after his son graduated highschool, the two of them moved far South of town, but still within the state, as far as I know. I haven’t spoken to my Uncle since those promising summer days of being a teenager.

Thank you for reading this woe-is-me tale. These are the things that shape our impressionable hearts. This occurred 35, nearly 40 years ago, yet the emotions still run strong.

Wife of a very tolerant husband and Mother of one teenage daughter in far northern Wisconsin with too many pets.

You can also find my Author page here!

More stories from Keila Aartila and writers in Criminal and other communities.