20 “Killer” Facts That You Never Knew About Serial Murderers

by Kassondra O'Hara 4 months ago in guilty
Report Story

True crime buff? How many of these did you already know? 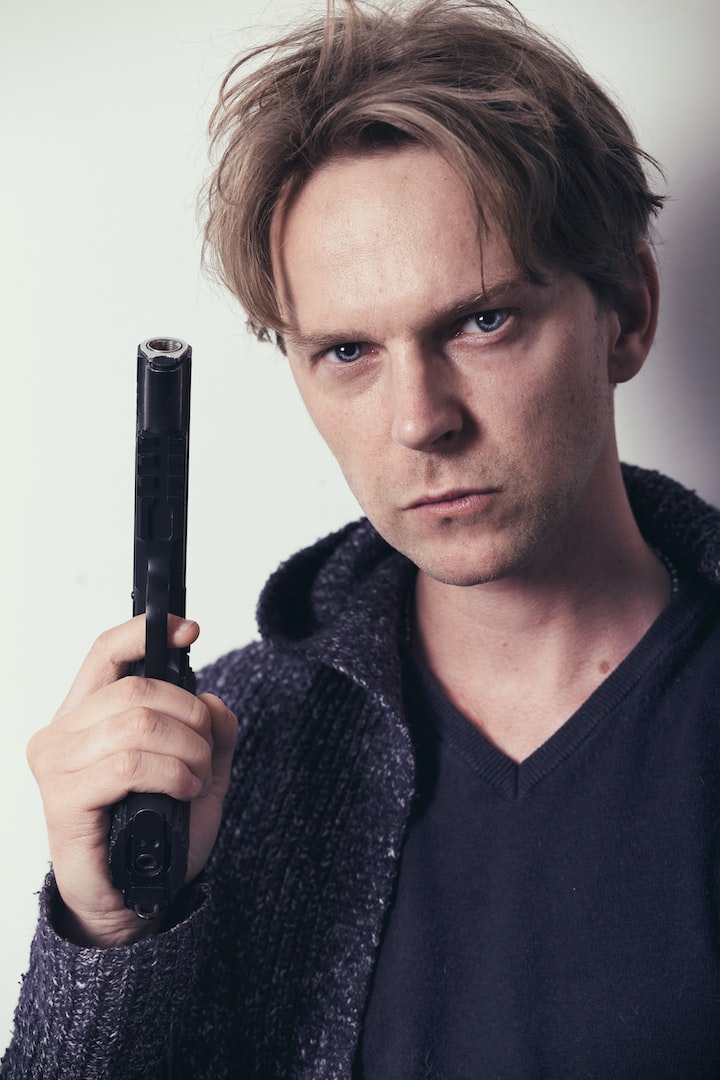 Hillside Stranglers, Angelo Buono, Jr. and Kenneth Bianchi, were convicted of kidnapping, raping, and torturing girls and women ranging in age from 12–28 years old in the Los Angeles area during the late 1970s.

While talking to a young woman that they had picked up and plan to assault and murder, they discovered that she was the daughter of Hungarian actor Peter Lorre. Lorre played the role of a child murderer in the famous film “M”. Afraid that killing a celebrity’s daughter would bring unwanted attention, they let her go unharmed.

Mack Edwards Buried His Victims Where They Could Never Be Found

Mack Ray Edwards also hunted in the Los Angeles area and was convicted of the murders of three children, but stated that he may have killed up to 18 between 1953 and 1970. He worked as a heavy equipment operator with a freeway building company called Caltrans.

Edwards buried the bodies of his victims in places that he would later help build highways over. Not all of his victims have been located and could still be lying underneath California highways that are traveled daily.

The Milwaukee Cannibal Had Specific Tastes

Jeffrey Dhamer murdered 17 males between 1978 and 1991. He is most famous for his confessions that he preserved and ate parts of many of his victims. However, Dahmer reportedly stated that he did not eat people with tattoos because the ink made the flesh “taste weird”.

Ted Bundy, one of the most notorious serial killers in history, confessed to 36 murders committed in seven states between 1974 and 1978.

After being sentenced to death in 1979, he was on death row when murders began in Washington in 1982. As investigators couldn’t seem to find a lead on the case, women continued to disappear and have their bodies found near the Green River. The Green River Killer was nowhere close to being caught until Ted Bundy offered his assistance to law enforcement. Bundy was able to tap into the mentality of the killer and provide a profile that not even the FBI could have come up with.

This profile led investigators to arrest Gary Ridgway, who confessed to 29 murders. Authorities still believe that the number of total victims is closer to 80.

The Golden State Killer, Joseph James DeAngelo, was a burglar, rapist, murderer, and former police officer. He was arrested in 2018 through forensic genetic genealogy and sentenced to life in prison for eight of the 13+ murders that he committed.

When he would break into the homes of couples, he would force the woman to tie up the man. Before taking the woman to another room to assault her, he would stack dishes on the man’s back, so that if he moved, the dishes would fall over. He threatened that if he heard the dishes fall that he would kill everyone in the house.

BTK Was Tricked into Being Captured

Dennis Rader, better known as BTK, killed ten people in Kansas between 1974 and 1991. After his last victim in 1991, his crimes abruptly stopped and the case went cold. He had gone decades without being caught but began communicating with police in 2004.

He sent letters and items from his crimes to taunt them. Finally, he asked the investigators - if he sent a floppy disk of his writing to them, could they trace it? Naturally, they said no, so he sent it. They were able to find metadata on the disk that lead them to his church. He was arrested shortly after. He said that he was “hurt that they would lie to him” because he thought they had developed a rapport.

Dorangel Vargas, known as El Comegente (people eater) was a serial killer and cannibal in Venezuela. Once arrested in 1999, he confessed to killing and eating at least 11 men over a two-year period.

Vargas told police that he only ate men because he claimed they tasted better than women. He also wouldn’t eat fat people because he thought they contained too much cholesterol.

The Green River Killer, in an attempt to evade capture, would buy new car tires and new shoes, while destroying the old ones after murders. He also took the jewelry from his victims and left it in the women’s restroom at his job. He got off on seeing the “found” jewelry being worn by his female coworkers at his office.

When a Journalist Divulges too Much

Vlado Taneski was a Macedonian serial killer, arrested for the rape, torture, and murders of three women between 2004 and 2008. He was caught because as a journalist, Taneski wrote articles about the crimes. However, he included information in his articles that had not been released to the public and only the killer could have known.

Did the Son of Sam Really Change in Prison?

David Berkowitz, The Son of Sam, has been eligible for parole since 2002. While most inmates jump at the chance at freedom, Berkowitz has asked not to be released from prison and has even skipped his parole hearings.

One could assume that he is afraid that he will kill again once released, however, when asked if he had changed while in prison, he responded saying, “I am no risk whatsoever.” He’s been referred to as a model prisoner and graduated with honors from a community college. He counseled fellow prisoners and changed his name to the “Son of Hope” in 1987 after converting to evangelical Christianity.

The crimes of serial killer Ed Gein inspired three blockbuster films. His house full of bones and items made from the skin of his victims inspired Leatherface from “The Texas Chainsaw Massacre”. His desire to become his mother was the inspiration for the character Norman Bates from the novel “Psycho”, which later became an Alfred Hitchcock film. His fascination with becoming a woman was depicted as Buffalo Bill from “Silence of the Lambs”.

Kemper Suggested His Own Punishment

After a series of rapes and murders in California, Edmund Kemper ended his spree by killing his abusive mother. He turned himself in and confessed to all his crimes. When the judge asked him what he thought was a just punishment for what he had done, Kemper replied, “Death by torture.” He has also denied attending his parole hearings, stressing that people like him do not belong in society.

Kemper Was a Master Manipulator

Also relating to Kemper, when he picked up a 14-year-old girl. He told her that he was going home to kill himself (all the while knowing he had planned to kill her). At one point, he got out of the car to get something from the trunk. He locked himself out of the car with the girl still inside. She could have driven away to safety, but he was so manipulative that he convinced her to unlock the door. He got back inside and killed her.

Colombian serial killer Pedro Alonso Lopez was charged with the murders of 110 girls but claimed to have raped and murdered over 300 girls across Columbia, Peru, and Ecuador. He was only sentenced to 16 years as this was the maximum sentence in Ecuador. He promised to continue killing but was still released. He disappeared shortly after his release.

H.H. Holmes was the serial killer made famous by his “Murder Castle” where he killed his victims in the 1890s. He was later found to have sold the skeletons of his victims to medical schools for profit.

Albert Fish Was the Ultimate Evil

American serial killer Albert Fish stated that his victim total was about 100. He claimed to have raped, murdered, and eaten children in every state. Fish wrote to the mother of one of his child victims, Grace Budd, describing how he killed her daughter and how tasty her body was.

Richard Chase, “ The Vampire of Sacramento” killed six people during one month in 1977. He is known for drinking his victims’ blood and eating their remains.

After his capture, he said that he would check the doors of his potential victims’ homes to see if they were locked. If so, he would leave as he believed to not be “welcomed” and would move on until he found an unlocked door. To him, an unlocked door felt like an “invitation” to come inside.

From Murderer to Narrator

While in prison, Ed Kemper narrated hundreds of books on tape for blind people. Some of the most notable were “The Glass Key”, “Flowers in the Attic”, “Merlin’s Mirror”, “The Rosary Murders”, and even “Star Wars”.

Kenneth Bianchi Got the Inside Scoop

While Hillside Strangler, Kenneth Bianchi was actively murdering women, he was also applying for a position on the LAPD police force, even riding along with police officers who were searching for him and his accomplice. The officers even discussed with Bianchi what they knew about the murders during the ride-alongs.

**This story was originally published by the author on Medium.com***

More stories from Kassondra O'Hara and writers in Criminal and other communities.