The Truth of Consequences

You Can’t Fake It with Them 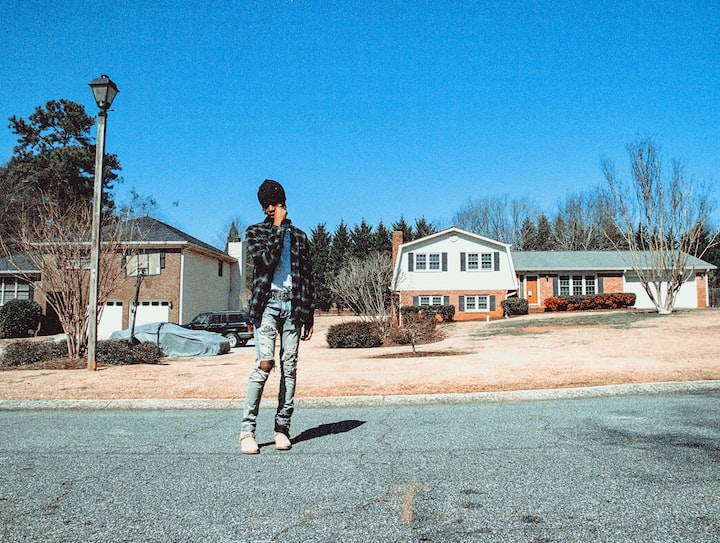 This is a true story, and one of those holidays that still crushes me.

It was a typical Canadian Thanksgiving, meaning that it was celebrated by immigrants and took place earlier in the year than the one celebrated by our neighbours to the south. With my family, it was West Indian fare mixed in with turkey, pasta, salads, cakes and all the dishes that friends and family could bring over in the growing autumn cold. My mother was in charge of the kitchen, leading the other housewives and cousins and aunts and other female relatives whom I knew since I was a child. My father, as was common with the men in our families, had sports as a distraction on television (football and maybe hockey), or played dominoes on foldable wood and metal chairs and tables. Kids, if we were smart, had commandeered a television that was available in the basement and had our VCR ready to go with a choice of videos brought over or recently borrowed for the day (yes, the 1980s were a very different time). I would sometimes join them, but I was becoming a teenager. Most of the kids there were too young for me to play with, and the one who were older were not there (other friends and other events took over their lives). I was on my own. And I did not mind. I did not want to watch another comedy whose ending I could predict from the opening credits…or tape cover. I did not follow football or hockey (with the latter, I waited only for the playoffs), and with the kitchen, it was a no-go zone until I was called down to deliver grace and then eat. That would mean me, my room, and my guitar.

But only for a little while…

My mom made an interesting discovery in that kitchen: no cranberries. Now, it may seem strange for my American and certain Canadian readers, but that beloved sour jellied fruit is not a popular treat in any of the Dominican homes I know. It was only in recent years that it became an addition to our meals. And we had none.

“Head out to the mall before it closes!”

It was pretty early in the day, with my mother and her cohorts cooking and preparing meals from the afternoon on. The local supermarket was still open, and I knew I had to be there before five pm or else I was in serious trouble. Several hours separated us from doom, and I stepped out.

It was a beautiful day for autumn in my suburban neighbourhood. No one else was visible on the sidewalks and very few cars were in that very quiet part of the city. I crossed out of the side streets to the one mall in the area with a supermarket (the other stores were shut, excluding the drug store, a pizza parlour and the liquor store – no surprises there). There were plenty of cans of cranberries still left on the shelf and I made my way home.

Well, I did head home, but I decided to do something a little different.

I am not sure why I did this, but I found myself staring at the main intersection near the mall and thought I would take a leisurely stroll back to the family. I still had plenty of time and I knew that cranberries were probably not the most important item on our menu. So, the long way home…

It was when I was about two turns away from our place that I ran into him.

He was badly dressed, obviously not ready for the change in the season. His jacket hung loose and he wore a toque that seemed to grow out of his head and his bobbed and weaved on the corner. It was clear that he had done some celebrating quite early in the day.

"Hey, do you know where there's a great party today?"

Now, usually, I would ignore any stranger who had an interesting in talking to me. If she looked like a model, my usual rule would not apply. But this was suburbia, a place where I rarely saw anyone out on the sidewalks or even at the local mall. There was no one worth talking to if they did not accept a lottery ticket or brought out my order. Why not talk to a stranger this one time?

His eyes were all ready buggy and glowing in that face. I remember the grin of unclean teeth above the flush of a beard. There was a possible happy ending for his Thanksgiving.

"Yeah, a house full of West Indians about to eat, dance, listen to music and enjoy themselves."

Now, this is where I truly screwed up. I was heading home after buying that can of cranberry sauce. I knew my neighbourhood very well, every cul-de-sac and other dead-end spot. It would have been easy to send him on his way down through a path that would have taken him far away from my home. Instead, I decided to press my luck.

I actually gave him directions to the party.

He was overjoyed at this.

"Thanks, kid." And he walked away with some animated joy in his step.

I stared at him for a moment, not sure which of my directions might cause him some confusion. And then I felt dread. Really, I was doing something truly idiotic with a complete stranger. It was not fair and it was not nice. And it was not something that I could explain to my family and friends if he actually showed up for a meal.

I took a longer way home...

Now, the panic on my face must have been obvious because my mother wondered about how long it took me to come back home – my timing was perfect for the arrival of cooked turkey from another relative – and why I looked so worried.

“What happened out there?”

And I had to say this.

“I just ran into a real weirdo on the way home.”

She understood, even if we were in the suburbs and the only weirdos here were neighbours we did not see and the occasional bus driver.

Not many hi-jinks here, are there? It is more the story of a private embarrassing moment, I think. The only real reason I decide to share this one is that our Thanksgivings were always wonderful moments that were perfect blends of laughter and joy. There were no embarrassing moments that I would like to erase. But even so, a private humiliation felt like it deserves airing.

I should have taken a chance on someone whom life had not given a chance. I was a stupid teenager with all the stupid teenage beliefs you could imagine, but he deserved better.

Here is to you, dear stranger. All consequences aside, you and my family deserve to know the truth.