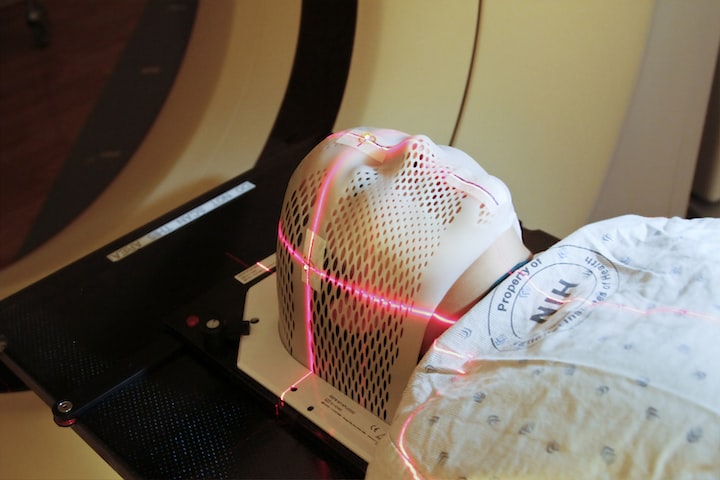 You never know what you are capable of until you have no choice but to face the truth, and your own bank account. I had no money to my name after two years into a master’s program at McGill University, and the summer, once again, promised very little except contract ESL (English as a Second Language) teaching and some private language students who often had classes with me more out of pity than for self-improvement. Usually, with the two roommates who paid their share of the rent of time when they remembered, this worked. But this particular summer ahead of me seemed to be closing tightly around even my very small income. I had to find more money, maybe even earn it in a productive way.

Was being a lab rat productive? I think so. Most of the sessions were not informative, at least for the PhD. student running the sessions (let’s call her Laura) or her paper. But I did learn a lot about myself, medical diagnosis, and how one can earn a living in the wonderful city of Montreal without full bilingualism, helpful connections and any concern for particular consequences.

The ad I read stated that someone was looking for participants to be part of a test of certain medications and then be examined using an MRI (Magnetic Resonance Imaging) machine. With the few ESL classes I had, it was desperation that decided everything for me. It was at the university campus hospital, the Montreal General, and I would be required to come in every week for at least one month. What intrigued me the most was the machine itself. I had seen MRI machines on television programs, both fantastical and too believable, and wondered what it would feel like to be scanned and analysed. And there was no fear. I was too broke to consider any other options and fear did not seem like something I could afford. It is the luxury of people who have a choice. I would also learn about what was inside my own head (my responses and reactions would be very important for the final results). This would be interesting.

That first day was a very hot summer day. If you have never been to the McGill campus, let me explain something here that may interest you potential medical students. The Arts Building, main libraries and the science buildings all lie just below the mountain that gives Montreal its name (Mont Royal). You have to climb up to get to the hospital and main medical centres). My gym was the one on campus (Arthur Currie) and I was used to being in that area after seminars. But this was the summer. I would be climbing there by myself to be analysed and studied by a very expensive machine and trying to help out a fellow student with her degree. As you can see, there was no pressure.

Yes, that first day… I did not meet anyone at the hospital. Instead, I found out that I was given directions to the wrong section of the medical area. I had to walk over to the McConnell Brain Imaging Centre, with its departments of Nuclear Medicine (ouch!) and Neuroradiology. Signs pointed in different directions and there were no maps in the parking lots or walkways. And no one was around at that peak of heat on a summer afternoon. It was not until I had decided that a building that had all of its doors locked with chains was possibly not the one I was looking for that I decided to speak to some people I noticed from a distance. They were outside of what was the right building, some heavily wrapped in pyjamas and blankets despite the heat. No one looked up as I approached. One man came forward and asked if I were lost. I gave him my story and he guided me into the building and the main office. It was while we were walking together that something in my mind clicked. He was a patient; not a patient that they would use for their experiments. He was just someone who had to be there, like all of the other people I saw on chairs. They were not dangerous, just damaged. He seemed to be suffering from some private pain that I did not want to know about; he was moving at a pace my grandmother would find slow. And he was also my age. From that moment on, I learned to never call myself truly depressed or damaged no matter what life handed to me. I had seen the real damage that comes from real trauma.

I still have the document I received that day. It is a complete list of the people involved in the study; the medicines to be used; the possible side effects (again, ouch!); earlier and “incidental” findings (rather ominous); compensation; and “Subjects Statement Concerning Withdrawl” (this I ignored; this I regret).

The first few times with the MRI, I was given a set of pills to take before entering the machine. There were no side effects noticeable. The student who was running the scan was quite pleased. Her results were very interesting, she said, and I had provided her with a lot of material that could help with her final paper. I felt a bit proud of this and looked forward to the final session.

This is where things went very wrong.

In that last session, I must have been given a different set of pills, because I almost immediately felt terrible once I stepped out of the machine. There have been very few moments in my life where I have fainted (could save that for another article) and in that room, I almost did make contact with unconsciousness. And that was when I received another lesson about our health care system. She took me down to the nearest hospital and I received a very quick scan to check on my ability to continue the test. Not a chance, I was told. I was actually lucky to be able to walk out of that building, I was told. But I knew I was lucky before the doctor said a word to me.

That waiting room was as depressing as any other part of my time involved in the test, including the patients I encountered that day. People seemed to be camped there, waiting for help that they desperately needed. I felt my pride melt away. There has been enough commentary and criticism of our health-care system’s failure to handle wait times, so I will leave it to you to imagine how a parent would feel seeing me go in and out in such a short amount of time. I was on my way home with a heavy heart.

It might seem strange to concentrate more on all of these other details instead of the actual test, but I think, like any experiment, it is the failures, not successes, that can teach us what we need to know.

I was a lab rat in more than just one experiment.