How to Pull Over a Police Officer

by Maria Calderoni about a year ago in Childhood
Report Story

Or... One of the Many Ways My Mother Chose to Embarrass Her Children 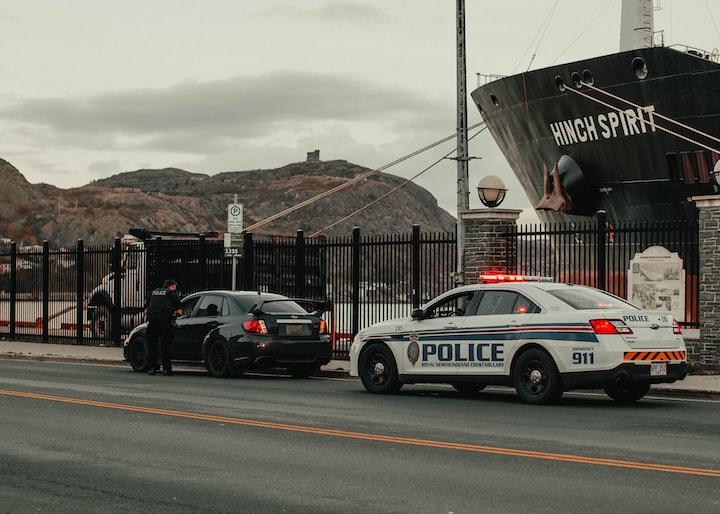 Parents are supposed to be embarrassing sometimes, I know, especially when we are teenagers. But when your children feel they need to wear a paper bag over their heads in public so as not to be recognized with said parent, I think things might have gone a little too far.

To be fair, my mom was a very kind and devoted mother. She also had a decent sense of humor. It was this sense of humor, combined with her brash lack of propriety that led her, and therefore her three children, to many unassuming adventures. There were times we reveled in her courageous lack of societal normalcy, other times left us attempting to crawl beneath the seat of the car, or hide under a blanket or possibly wear a paper bag over our heads trying to distance ourselves as much as possible from her humiliating performances.

One such event occurred when I was almost 16 and learning to drive the family car. As my chief instructor and diligent safety officer, mom sat alertly in the passenger seat while my siblings rode nervously in the back. I had been driving with my learner’s permit for some time and would soon be taking the driver’s test to become a full fledged independent driver. As a very verbose woman, my mother kept a fairly constant running commentary of instructions laced with examples to draw from all around us of either exemplary drivers or those to disdain and never replicate.

One of my mom’s dubious strategies to teach me how to provide the most comfortable and smooth ride for my passengers, was to leave a pair of scissors which she would regularly use for clipping her vast store of coupons, sitting on the dashboard. Now the object of this lesson was to accelerate, decelerate and turn corners in such a manner that the scissors stayed in place and were never launched into an unsuspecting passenger. Presumably, she was prepared to catch or deflect said scissors at any inadvertent lurch of the vehicle.

On this particular afternoon we were travelling to a neighboring town, and as usual, I was the family chauffeur. Driving carefully, I was in the right lane headed out of town when a police car whizzed by us in the other lane. I glanced at the speedometer and noted my speed as matching the posted speed limit. My justice oriented mother also noted my speed and exclaimed her displeasure at the inappropriate speed of the emergency vehicle, who I should note did not have their lights or sirens active. “Speed up!” she commanded curtly. “You need to catch up to that police car, so I can pull them over!” I quickly glanced sideways expecting her to be laughing. Unfortunately, she was dead serious. “Hurry up!” she ordered me again. Nervously, I increased my speed a small amount hoping to not overtake the officer. To my chagrin, they were stopped at the next traffic light. As I came up alongside them, my mother leaned over me in the driver's seat while pointing the index finger of her right hand over her head and twirling it around and around trying to imitate the lights on the top of a police car. The officer in the passenger seat looked our way for a moment and then they moved forward as the light had changed. “Roll down your window,” my mom insisted. I slowly grabbed the handle of the window in our Chevy Impala station wagon and reluctantly started lowering the window. “Now, keep up with the police car. I need to pull them over for speeding.” She was serious and emphatic.

Rolling my eyes, I groaned but obeyed. There was one thing my mother wasn’t and that was ignored. Her children learned to do what they were told or else…. And so did most other people. It was either that or avoid her. It seemed the police had chosen the latter. Now they had pulled into the right lane and of course I was instructed to pull alongside them in the left lane. Great experience for a new driver, RIGHT?! As I pulled cautiously up on their left side my mom repeated her fake police light over the head gesture, this time with her own window down and the accompanying siren sound to make sure they understood they were being pulled over. If our lives were not in my hands, I would have reached for the trusty paper bag under the back seat for sure, but instead I stared straight ahead and let mom have her heyday. Finally, the officer pulled the police cruiser to the side of the road and I cautiously parked in front of him. Whether he actually understood my mother’s intent or just wanted to remove the crazy woman from the highway, I will never know. “Officer,” she started, after getting out of our vehicle and marching up to the window of theirs, “Do you realize that you were speeding?”

I confess that I did not hear his answer, but my embarrassed brothers and myself were definitely giggling in our car imagining his surprise and responses. “My daughter is a new driver. I am teaching her to drive safely and follow the rules of the road. HOW am I supposed to do that when she sees an officer of the law breaking the law right in front of her?!” Mom scolded him loudly as if he were simply her naughty little child. The conversation got quieter and before I knew it, mom was marching smugly back to her door. I sighed with relief that it was over.

As I reached for the gear shift prepared to take us home, mom pointed to my window. THERE, bending down and peering directly into my face was an officer of the law. The same officer, my mother had just taken to task for speeding. He was staring directly at ME through my window. I rolled the window back down and he cleared his throat, “Ahem, Hi, I wanted to apologize to you for ummm driving faster than I should have and setting a bad example. Your mum is right and we should all follow the posted speed limits. Ok?”

“Have a good day eh.” he half saluted and walked resolutely back to his car.

Scared to pull out ahead of him, for fear of driving even one mile over the speed limit and getting pulled over so he could get even with my mom, I hesitated. Realizing he was going to wait for me to leave first, I pulled out carefully and with both hands gripping the steering wheel tightly, I headed for home glancing nervously in the rear view mirror repeatedly until the police car finally turned off.

y brothers laughed and joked all the way home about “mom pulling over a police car.” I, on the other hand, was never so happy as the day I passed my drivers test and could drive all by myself.

I would neatly tuck the scissors under the passenger seat, turn up the radio, roll down the window and enjoy the solitary freedom of the open road.

Thank you for reading. I hope you giggled reading this as much as we have recounting it. Your reads, hearts and tips are generous. Thank you.

If you resonate with my humor or my stories here are a few others you might enjoy!

Iron Buns --Apparently the WORST insult ever for my kid and how THAT turned out.

Pennies From Heaven --an unbelievable but true story which also highlights my mother's unconventional and resourceful side. This story is amazingly ingenius.

More stories from Maria Calderoni and writers in Confessions and other communities.