The dirtiest show in history female models walking in the mud

by Krukovsky 2 months ago in social media / art
Report Story

The dirtiest show ever, comparable to a horror movie 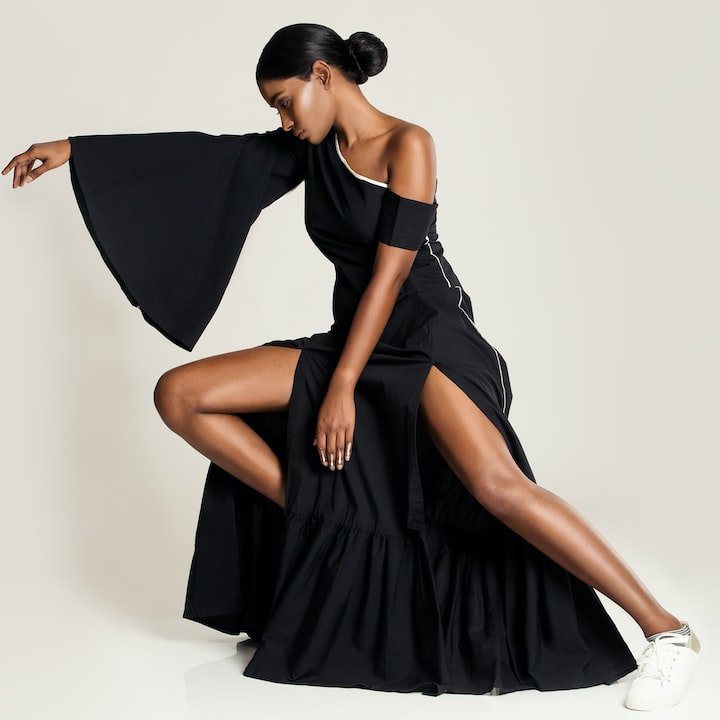 Photo by Pooja Chaudhary on Unsplash

This eerie picture below, is not in the middle of nowhere, nor the coal mining site, but in the so-called global fashion center of the Paris Fashion Week show site.

In Europe and the United States, the luxury brand Paris Hiya show, Paris Fashion Week organizers especially from Lyon, France, Marseilles and other places to bring peat bog, by adding water treatment to become fluid, and then paved a bad mud road for female models to walk the show.

The Parisian house called this scene "the most original art act with the awareness of protecting the world environment".

However, this picture makes many citizens look completely dumbfounded: this is European and American fashion?

A Europe, and the United States fashion people in the scene paving mud road, claiming that this is a tribute to the protection of the Earth's original fashion

To this walk, Paris Fashion Week fashion masters can be described as racking their brains and finally designing such a strange mud road site.

The mud was especially collected outside of Paris and transported by special truck to the factory for special treatment before being piled up on the runway.

It is said that all the mud will be recycled by the horticultural company after the completion of the walk and reused to plant green plants for recycling.

"The mud, which is also rich in minerals after the runway, will be very useful for recycling and fits the theme of our fashion tribute to the environment event."

Paris Fashion Week officials are very excited about the design of this rotten mud runway, considered to be the first in the world's four major fashion weeks to raise the "environmentalist flag" so that French fashion and the most correct values of the perfect blend.

Second, the show scene is a disaster: the supermodel walking covered in mud and water, and the show guests have to dodge

From the scene, this original show to "environmental tribute" simply turned into a French fashion and even European and American fashion disaster.

Many supermodels dressed in glittering jewels, stepping on high heels in the mud struggling to move forward, the slightest carelessness will fall a "doggy poo".

After a show, these supermodels were covered with mud from head to toe, just like rolling out of the mud.

One of the models who participated in the show complained that she had never encountered such a bad environment, it was like shooting a post-apocalyptic movie.

The mud splashed around also made the European and American guests around the show extremely embarrassed, and have to avoid, being afraid of mud in their preparations for the evening dress.

Due to the gray lighting, and black mud, resulting in the scene resembles the eerie style of zombie films, so people look dumbfounded.

It is worth mentioning that there are Jay Chou and Zhang Ximenes at the Paris Hiya show site, it is estimated that the two famous Chinese singers who see the mud-filled show scene are also speechless.

But Paris Fashion Week officials are very excited: "The top models and the most pristine environment perfectly integrated, reproducing the theme of this French fashion show concerned about the Earth's environmental crisis, leaving a deep impression on people."

Third, the citizens mocked: have the energy to lay rotten mud walk show tribute to environmental protection, it is better to focus on the North Creek pipeline harmful gas leaks

When these images were transmitted to domestic social media platforms, many citizens looked dumbfounded, almost a common reaction is: "What kind of European and American fashion is this, is this still fashion?"

"More and more can't understand the so-called fashion operation of these big brands in Europe and America."

"Maybe this is the art in the eyes of Europe and the United States, but we can not see."

"This is a tribute to the Earth's environmental protection? Doesn't this make the scene even dirtier?"

"Will the models smell like sewers at the scene?"

"I'm sorry, I don't see any artistic beauty, don't do it under the guise of environmental protection, it's fashionable art out of the public aesthetic."

"This is the rotten pond as a child, I did not expect that now it has become the pinnacle of fashion in Europe and the United States, simply speechless."

Some citizens believe that this so-called original European and American fashion is a completely ridiculous operation: "have this leisure, have this leisure money, first, call on the European and American governments to repair the North Creek pipeline, that is the most realistic portrayal of the destruction of the earth's environment, not here to engage in what inexplicable mud walk."

What is your opinion about this operation of Paris Fashion Week?

More stories from Krukovsky and writers in Blush and other communities.