by sarah-rashael 11 months ago in pop culture
Report Story

With a flick of loaded wand, botox has us looking like a princess. 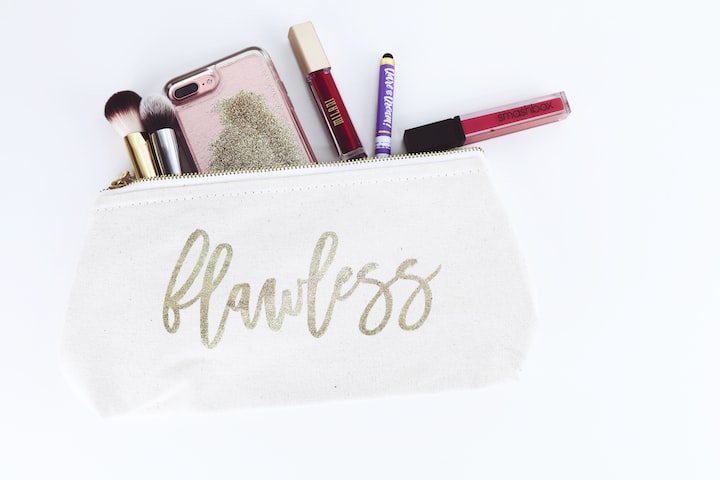 Photo by Nicola Styles on Unsplash

‘Sarah, did you know it’s been 4 months since your last injection? Book online at Skin Cosmetics for a 10% discount on your next treatment.’

I did know it had been four months. The ‘angry eleven’ in my center brow had returned with a vengeance, reminding me that I was less than a year shy of turning thirty. The sms prompt wasn’t necessary. I had it in my mind already that a botox touch up was one of the first things on my agenda, once I were back in the city.

I was never too involved with skin rituals or a beauty night time routine, not until a year or so ago. At which point is too late really to start caring, as most of the damage is done. As a teenager I lathered coconut tanning oil on my bikini wearing body instead of sunscreen, as each of us girls had the same summer goal; to be the most tanned. The notion that beauty is rewarded was engrained in us even as vulnerable teens. The idea of wrinkles at age thirty was too far into the future to fathom, so along with the rest of my girlfriends I opted for the more instant gratification of having the tanned-Aussie-body.

Almost 15 years later and here I am, booking my next botox treatment online.

Admittedly I haven’t been transparent about my recent skin care injectables, my own boyfriend of five years thinks that he chose wisely; that like a fine wine I get better with age. Well, truth be told I’m more like the humble grape left on the vine that with time shrivels to a sultana – a dried up fruit who appeals only to a smaller niche market and isn’t for everyone’s pallet. Honestly, I have the fear of becoming irrelevant. I know that sounds petty and I have been told that with maturity comes less of a need for superficial acknowledgments. I’m mature enough to admit my immaturity. I’ll be dammed if I was to be recognised by my personality and achievements alone; cos’ shit, I hadn’t many of those and my personality wasn’t much to rave about.

Filters v Fillers - we all want to look our best

We live in an age of filters and enhancements. Whether it digital or real that distinction is a blurred line. A blurred line which separates people strong opinions of; how far is too far?

It’s a well-recognised yet denied fact that society rewards beauty. Studies have revealed that better looking people are viewed as being more trustworthy, friendly, even more intelligent. These assumptions made on the instant opinions made on their faces alone. Living in an age that promotes “tweakments’’ as the norm, the beauty regime looks a far cry from the prehistoric salon perm and DIY mani-pedi. These treatments are considered non-invasive and somewhat separate to generic plastic surgery. Botox, fillers and skin needling may be advertised as non-invasive, but I will contest and say, they do actually hurt!

My first and only treatment of fillers was two years ago. Upon reflection, I will admit my lips looked amazing after treatment after the swelling subsided a little. I was anxious at first. Local anaesthetic was used to numb my lips, and only a baby dose of filler was used. I cannot be sure on how many ml specifically, but it was enough for me to like it, I mean really like it. By partner and I were working in separate cities so video calls were the weekly for us. After a week had passed and my subtly plump lips had settled into my face, I called him. He had no idea I had the treatment, despite acknowledging my ‘healthy glow’ and ‘looking so good’, he hadn’t known I had $790 worth of work done to my lips. He was the tester, if he couldn’t put his finger on what looked different about me then the average person down the local grocer wouldn’t either. It’s true of what’s been said for this treatment (botox, fillers, needling) there comes with them a different type of anxiety. The effect of the treatments is to (ironically) have semi-permanent work to achieve a natural look, and so afterwards you live in a sort of fear your secret will get out.

You’re only one ml away from looking like a freak show.

Is this a gamble I’m willing to take, apparently so. I could argue that I’m representing the modern women who’s taking charge and making changes to things I have the power to change – empowerment. And maybe it is, but I feel I should be transparent with you unlike I am with my life partner (I know, it’s sad), but truth be told I just like to look good. I feel like I need to in order to succeed in any area of life. When we stop insisting “anyone can be beautiful” as if it’s a challenge women should rise to and accepting that hey; maybe not everyone is but let’s get over it. When we stop making beauty a product that can be bought in the form of a filler or the humble AVON night cream and place our importance on what the blind man sees, then maybe I will ease off the tweakments and buy myself a slice of chocolate cake instead.

More stories from sarah-rashael and writers in Blush and other communities.