by sarah-rashael about a year ago in diy
Report Story 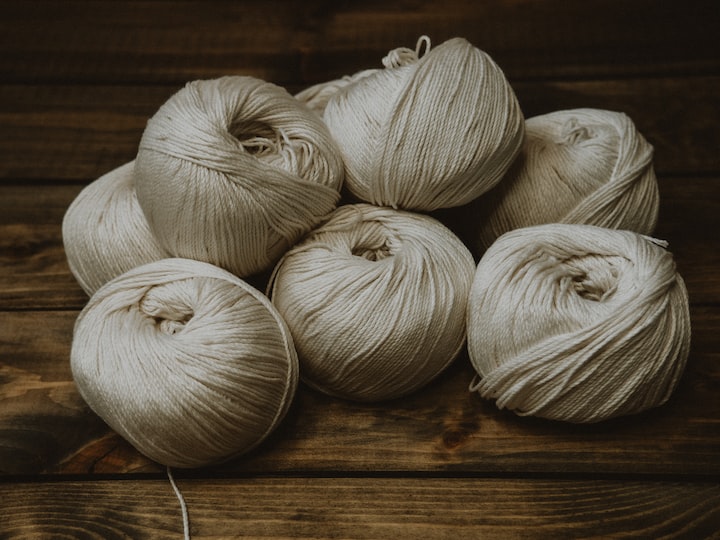 Photo by Anastasia Zhenina on Unsplash

2a : an occupation or trade requiring manual dexterity or artistic skill

It’s a niche desire to shear sheep, to be at the core extraction of what could possibly be a dress designed by Coco Chanel, Karl Lagerfeld or Balmain. Designers who have embellished runway shows with woollen dresses and military woollen jackets for over three centuries. Merino textiles popularity surged during both the First and Second World Wars. The organic fibres of merino wool make it less likely to infect wounded soldiers, it is one of the most durable and hygienic fabrics available to date (The Woolmark Company). Australians have been harvesting wool as yearly as the 19th century. A man named Tom Merely of Queensland was the first shearer to record his tally of 30 sheep, in 1835. It wasn’t too long after that Jack Howe made somewhat of a name for himself, having shorn 321 sheep in a day. For many years to come he was a legend within the industry and throughout rural Australian districts. Ask any shearer today and they’d know the name. Despite the new technology and integration of the mechanical handpiece, Howe’s record for most sheep shorn in under eight hours remained intact until 1950. The tool that helped earn Howe his admirable reputation – blade shears (National Museum of Australia, 2021).

A task which demands curated skill, patients, self-awareness, physical and mental strength; shearing sheep is not a job for the faint hearted. The heartbeat of a sheep along with its potentially explosive strength, needs to be matched by shearers’ intelligence, rhythm, and complete awareness. The enigmatic sight of an overgrown man with racquets for hands, swiftly dancing around a wee-sized lamb, is a mesmerizing waltz to witness. Albeit a young women whos’ limbs look stolen from a baby giraffe, is another oxymoron you see in a shearing shed. What it truly comes down to is –– who is willing.

My first encounter of sheep shearing was at the Quindanning Iron Man challenge, held at the local pub. My friend and I were both underaged and were supervised by her father – a retired shearer, who was filled with beer. The Iron Man Challenge was a team event, three people to a team: one shearer, one cold-pie-eater, and one-pint-of-beer-sculler. The start of music blaring from the speaker and the cheer of the crowd signified the start of the game. Unlike a pair a scissors which you intently pull apart and squeeze together, a set of blades is set in the open position. With the combined strength of the shoulder, the right forearm and fist, the shearer presses down onto the blades as he places them flush against the sheep’s pink skin–– imagine squeezing a tightly bound stress ball, thousands of times a day. The fleece fell from the sheep like it were shrugging off a night gown, effortlessly. That night at the pub, the cold-pie-eater and pint scullers gave a good insight into what life at a shearers quarters would like after dark; warm hearted team mates playing drunken shenanigans.

I don’t know if it was the confidence a minor gets from drinking beer or from the raw of the drunken crowd; but the smell of sheep and the sight of rhythmic blows placed by shearers ––had me hooked. I was going to shear; I was drunken on the idea.

I’d been working in the sheds for a couple of years as a wool handler, so I’d watched the men at work. My job had been to sort the wool in preparation for sale. Making swift and agile distinctions between the inferior fibres and the cream of the crop. Long days spent sorting fine fibres. It had taken me years to work up the courage to ask a shearer if I could shear his last side, as I wanted to study the blows first. I’d reached a point when I thought I’d practiced in my own mind enough, and so I jumped on the stand to give me first attempt at shearing. I was terrible. Unlike the gracious and calculated blows of the shearers, my “blow” was weak and uncertain. The floor beneath my feet was covered in white snow-like drops of wool, ‘second cuts’. When it looks as if there’s been a snow blizzard on the stand it means the shearer is cutting the wool length in half and leaving a lot of wool on the sheep. I had underestimated how much pressure was required, how I was meant to angle my hand, and the flicks of the wrists that needed to be done over certain curves of bone. Shearers made it look so easy, as if the wool were butter melting off a hot blade. I already admired shearers for their hard work, but at that point I was both intrigued and frustrated. I thought I understood the moves, I thought I would have had the flow. Like learning any new skill, whether it be learning to play tennis, walking on your hands or cartwheeling, the first step is to imagine yourself doing it. The second step is to practice, practice, practice. And so, I did. Shearing the last sides, then the long blows, then the first leg. In shearing you learn the pattern backward, because shearing the belly is the most delicate part on a sheep.

I was still wool handling when I was practicing taking the bellies of sheep, after everyone else had knocked off for the day I’d stay behind and practice. At 5.30pm after working twelve hours the men stayed back in the shed to grind their shears, whilst I stayed back to shear the bellies.

“You’re sick in the head, go wash up and chill out!” Some would shake their head in what was either disbelief or heartfelt admiration, whilst others came over to give guidance.

“Now don’t go straight in, you want to go down and across. Make sure you get under the wool.”

There was so much to learn, so many little tricks and wrist flicks, not to mention the foot work! The ‘wool waltz’ or the ‘shearers shuffle’ is a dance made of precise foot pivots and the shifting of body weight from left to right. These movements needed to be efficient and subtle, energy conserving. After all, a shearer strives to do this dance 200 times a day! I danced with two left feet for a long time. The day I learnt to dance with my partner – the sheep, was they day I could call myself a shearer. Well, almost.

Ask any shearer and they’ll say you’re not really a shearer until you earn a stand – a place on the board to hang your gear. I never made it to that level, never have I shorn an entire day. I shear when there’s a stray that got left behind at shearing time, I shear when on my friends’ farm, I shear when I get the opportunity.

Like most hobbies, you either become so obsessed and so good at your craft you wind up capitalising off it, or you forget about that hobby and start a new one. A skill that requires consistency, patients, and mentoring; shearing is craft that demands all or nothing of its artist. Shearing is a craft that demands your whole attention, from the sheep at your feet to the sharp shears in your hand, down to each breathe you’re trying to conserve. It is not a skill that can be rushed or one that can be learned in a day. Shearing requires devotion. The level of devotion found in the works of artist who envision woollen masterpieces, is the same devotion found at the foundation level of those same fashion masterpieces – shearing. Merino wool is the material of fine craftsmen across every industry it is sewn into. Merino wool isn’t just red-dirt-stained dungers, smoko’s every two hours, drunken stories around the campfire with the crew at the quarters, no. It is the base of high fashion, the base of utilitarian uniforms protecting soldiers from war wounds and cold frosts. Merino wool isn’t just the mattress comforter that feels like a cloud that carries you off to sleep, it’s not just the luxurious woven Armani suit worn by a groom on his wedding day –– merino wool is my craft, my flow state.

More stories from sarah-rashael and writers in Humans and other communities.