Success can come from great music, too 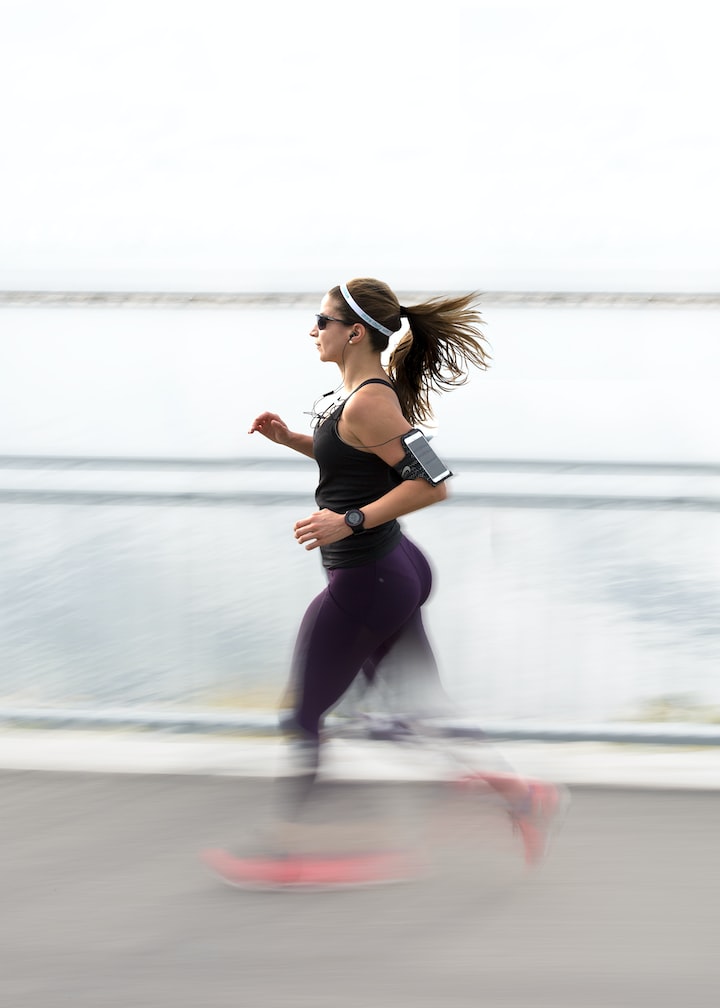 Photo by Filip Mroz on Unsplash

Not all who exercise are out to lose weight. Some of us know trying to get the slim and fit look is an unachievable task. So we'd rather work to keep our bodies healthy instead of destroying them for an impossible image.

It's me. I'm one of those people who would rather keep active than try to destroy it for an image I'll never have. I spent years of my life doing unhealthy diets and overexercising. Instead of feeling better about myself, I got discouraged when I saw no results.

I'm not sure what stopped me. Maybe the personal trainers at the gym when they open-mouth stared at me after saying I couldn't reach the rail-thin body.

Perhaps it was finding someone whose mood didn't change when they noticed my weight gain. Someone who still loved my body, even when it grew since the last time we saw one another. Six months in a pandemic hasn't destroyed the attraction, even after seeing me naked.

It could've been taking time to read about how much fatness affected overall health. That while it can lead to problems, it isn't the cause of them. And it's possible to have a healthy life with a fat body.

No matter how big or small I was, the number on the scale was no more than a number. It doesn't determine my overall health. Nor does it determine how worthy I am of love an respect. It only has as much power as I'm willing to give it.

But it doesn't mean I don't have to change any of my habits. I still need to be careful what I eat. I can't sit around the house all day and not move. The older I get, the more important it is I keep myself active.

It's hard to get motivated some days. I'll wake up planning on working out, but it doesn't happen. Maybe it's raining outside, or too cold. Michigan winters are no joke. Things come up, and I get mad at myself for not doing what I need to.

But on the days I make it work, I have music to thank. Without it, I wouldn't be as motivated to keep myself moving.

I take making a playlist too seriously. I don't pick any random song for my workout. I think of the order from warm up to cool down. What do I want to hear in the most intense part of my routine? Would Prince be better for a warmup, or would a nice K-pop song work better?

If I listened to one genre, it wouldn't be so hard to pick out a playlist. But I'd get tired of it fast.

Multiple genres make things more interesting, but it's hard to create the perfect playlist for a workout. Some days, I spend more time picking the songs than exercising.

But if I wasn't careful, I wouldn't have a playlist that kept me motivated. I'd still be looking for excuses to put off working out.

What is my workout playlist?

It helps to match the right list with the right workout. Normally, I do a mix of runs, weights, or an exercise bike. I like to go on walks, too. As long as I have some movement in my day I'm happy.

This playlist matches my workouts as much as possible. I don't like to make a ton of lists for different things. So I go as general as we possibly can. These songs are the ones I'm most likely to listen to when I'm exercising.

Stretching and warming up

I like to do little stretches before I workout. And then I'll give myself a nice warm-up. I'll hear these songs as I go.

These songs put you in the mood to get started without being too loud and in your face about it. You can play all of them, or a few and still get a decent amount of warming up before you start your workout. It depends on how much time you have to exercise.

And then comes the workout itself. My song choices are confusing to people who stick to one genre. But they work for me. Maybe one of these songs will be a new favorite for your routine.

The way to keep yourself motivated through a workout is to keep your music upbeat. The lyrics don't matter as much as the beat of the song. Especially with running. It's easier to keep moving if you can keep your steps to a decent beat.

As with the workout, I jump genres with this section a lot. I don't have a set list, and I don't listen to every song for the cool down. All of these are signals to me the workout's over.

I don't like to make the songs too slow. If it gets too slow, I'll sit down and never get up again. So I keep a moderate pace with my songs.

As long as your playlist does the job, it doesn't matter how weird it is. If a mixture of Disney songs is what keeps you moving, keep listening.

I know a lot of mothers who like to listen to trap music while they're doing every day tasks because they stay on task. It looks weird to an outsider, and the kids learn some new words, but it helps the mother.

Your playlist should be a helpful tool to keep you active and healthy. If you find yourself in a position where you're not as motivated to exercise, take a step back. Maybe the first step you need to take is not to buy a shiny new pair of shoes. Instead, try adding fun songs to a list and see where your new workout routine takes you.

It's going to take time to get into a new routine. If it takes you a while to get there, don't beat yourself up for being human. Try again later. As long as you stay consistent, you'll feel better and healthier.