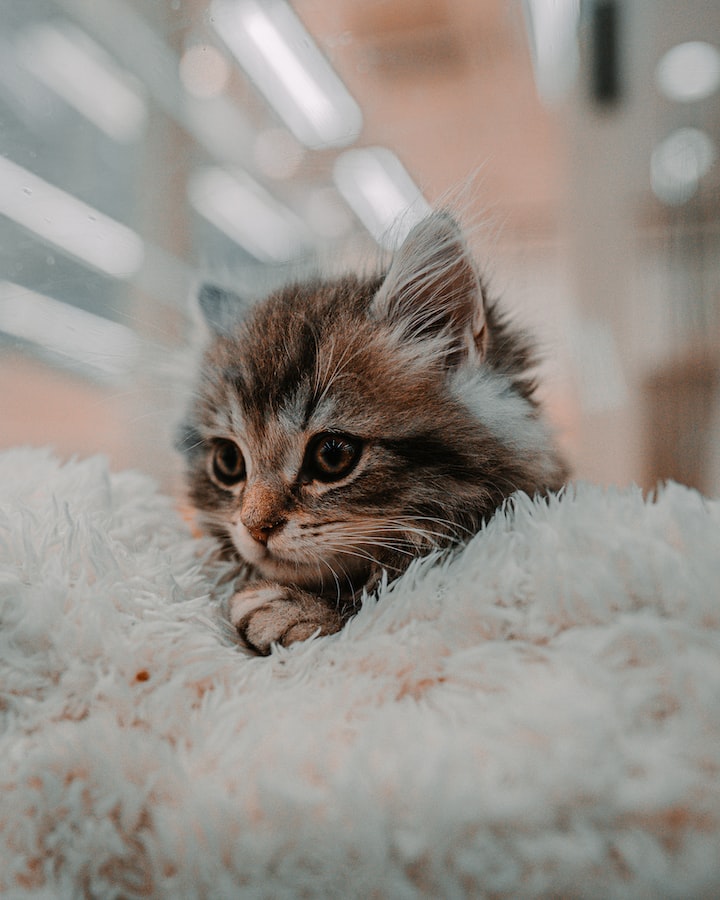 Photo by 2y.kang on Unsplash

Our today's topic is: 'TOMMO THE TEASE'

If you are a Directioner or Louies, then you should have a clue why I chose a cute cat photo. (Well, not a compulsory thing) (I believe he is a kitten <3)

So, Louis William Tomlinson sounds like a king's name if you ask me. I mean, he is a king to us. Hail the mighty, Louis Tomlinson! Ok, I'm going off track now.

Well, nothing is changing in here also.

The first time I saw Louis's picture, I never realise that blue eyes would look so mesmerizing. I honestly just wanted to sink in them, look at them for hours and hours, but my eyes would hurt if I looked at my phone for that long. (I mean it's worth it but still) The main thing that made me just admire him more was his laugh. (And still is!) God, it's way too cute! He is a literal ball of sunshine.

There is a good deal of funny stuff related to him, but first, let's hop onto the line of his solo career.

The first-ever song of his I heard was Just Hold On, which was released in December, I think. You have no clue the way I screamed! Thank God my mom wasn't there at home, otherwise, she would have (with no hesitation) sent me to a mental hospital. When I heard the song, the line which stood out for me was:

'What do you do when a chapter ends?‬

Do you close the book and never read it again?‬'

I swear, not a single line depicted my life like this one.

And the line that keeps me going on:

'You can be who you were or who you'll become'

Louis, I swear, is a genius in writing songs, and of course in singing too <3

And then later came Back To You. I had heard Louis cursing but NOT IN A SONG! And damn, his voice sounded quite soothing.

Another song that is close to my heart is 'Only the brave'. The level of lyric writing in this is just>>>>>>

Also, mister shook us all with his high notes while being on One Direction. Sir, you are NOT allowed to do that to us!

To sum up, Man Is A Mastermind. Genius pure genius!

Moving on to some fun parts!

When I was in school, and also new to One Direction, one of my friends asked me who do you think is the eldest and the youngest.

Well, that first question only came as a surprise to me, because I thought they all were of the same age :)) So, of course, I had no clue about it, but, But, I had seen some videos of them singing and funny compilations of One direction on YouTube, so I was confident that my answers would be correct. So I said, 'Louis is the youngest and Zayn is the oldest.' I could see she was holding her laugh, so I said 'ok what is it' because I knew I was wrong. She said 'Well youngest is Harry' (o_o) 'and oldest is' (she took a pause) 'Louis Tomlinson' (0_0) Lesson learned, never assume someone's age you might get a heart attack.

It was hard to believe, even after I was given the information, that he was the oldest member like from where?! He acts like he is a FIVE-year-old kid! (Harry She's FIVE!) This cutie is older than the rest of the boys?! Even Lima?!

After a year (yes, a year) I understood this fandom is just… WILD IMAGINATION, YOU GUYS! No seriously! If someone asks me for recommendations on LT fanfics, my mind just glitches. I love to give away my recommendations, but I rather die than give away my Wattpad library and search history. I don't know what Louis feels about us on this matter. I mean, I know he knows we are crazy af. But you know if he read something like this on the internet, what will be the first thing he might say about us :))

One moment, I remember was scary, but learning too in my life. Pronouncing the name Louis. Boy, I felt it was my last day. My friend clenched her jaw (This is giving me a fanfic vibe (He clenched his jaw)) when I pronounced his name with an 's'. You could also tell how frightened I would have been at that moment ._.

But with these happy moments, there are sad moments too. Come on, let's cry together :')

'Louis is worst of the five members' ExCuSe Me?! Have you ever heard this angel's voice?! I could never understand in my life, how can someone hate Louis Tomlinson! Louis William Tomlinson! Whenever these people comment or speak such things about him, the only thing that comes to mind is, “Sorry, I don’t understand what you’re saying. I don’t speak bullsh!t.” The audacity they have!

Another cry moment! Get your handkerchiefs (yes plural) guys!

Do you guys remember 2011 when they went to G-A-Y, a London club, and they celebrated Niall Horan’s 18th birthday… Ya… Let's cry together. Since I had joined the fandom a little late and was not active on the internet, I missed so much of the stuff that had happened in our fandom. When I got to know about this specific thing on reels in the year 2020, I just felt so bad for him. If in the future, I get a chance to meet him, first things first, I'll hug him, and just reassure him that we are with him till the end of the line. No matter what happens, we will stay together and support our king Louis Tomlinson.

The Larry Stylinson CoNsPiRaCy. First off, I'm not a die heart fan of Larry. But I'm not an anti also. If Larry is real, I will support and give all my love to both of them, because they deserve it. There was this one TikTok or reel, I don't know, I saw, in which it said something like Whose freedom do you want to choose and Louis said His. I swear whoever made that, JAIL RN! PAY FOR MY THERAPY HUMAN! It was so beautiful and emotional at the same time. There was another video of there's where Louis says 'My Hazza'>>>>> There are so many videos like these that just makes my heart shatter into tiny pieces.

When you speak of Louis and you can't think of Larry Stylinson, That's Impossible! The one I love the most, no two, no three. Never mind just read now. Do you remember the interview in which Louis says that Harry and he stayed/ stay together, his girlfriend isn't real. Harry shook his head, but...... NIALL!!!!!! Oh my god! Why did u shake your head! I mean BLESS YOU TO DO THAT ACTUALLY (Niall being a dark DARK Larrie)

So as I'm coming to an end, here are a few things that you will realize in the following, what Louis has done to us with his speech and actions (These are funny cause y'all know the serious ones ;) )

Things that Louis has done by which we are affected:

1) The number 28. I mean, if someone says 28 my mind immediately goes to Louis William Tomlinson.

2) Louis Blue (Ok u can blame Hazza for this)

3) Currently all over the world: Faith In The Future. (The level of chaos this created with Liam also posting Here's To The Future)

4) (I think this is me) Associating every damn color blue with Louis. (Niall also has blue eyes! But Nah! My mind will always go Blue=Louis)

5) whenever I say 'obviously', I just go: ObViOuSlY! (you know what I mean)

7) FISH! (Adore You and the Fish Sandwich)

I feel the list can go on and on, there is no stoppage to this. But we don't complain! :)

Alright, it's time to say goodbye. Till we meet again! ;)

IK I made you all go crazy (tee he he he)

If I was a writer, I'd have a better Vocal bio