by Something Complicated 2 years ago in dance
Report Story 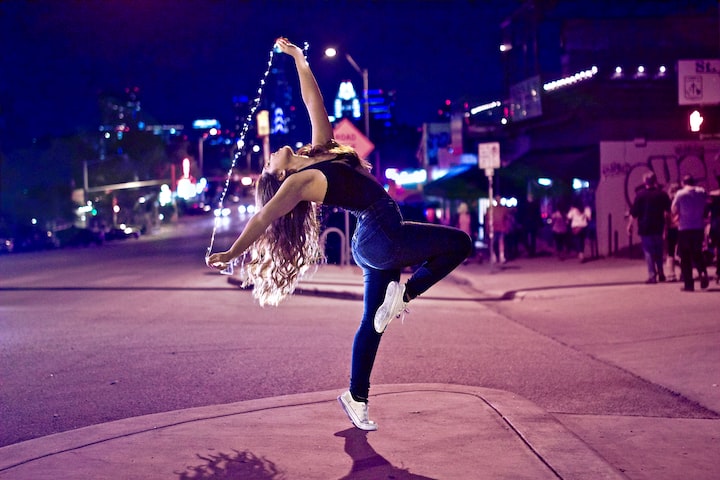 Photo by Aditya Ali on Unsplash

Whether you are studying the history of an artistic discipline or preparing for a formal dance competition, such as an audition to join a dance group, you should know at least a little bit about the origins and development of dance. In addition to the benefits of studying dancers, including dance history can enrich your personal culture and give you a better understanding of the development and genre of dance.

In the 18th century, court dancing became a new phenomenon and later it transitioned into ballroom dancing. The development of dance and music proceeded very gradually until the 1900s, when ballroom dancing became a very popular social event. In the 20th century, dance began to develop into the new routines that are commonly practised today. Contemporary dance plays with rhythmic changes and improvisation and is learned as a fusion of different styles, with elements of jazz flowing into the ballet technique.

There are many genres of dance, such as waltz, minuet, dance, jazz, hip-hop, reggae, pop, country, folk, rock, blues, funk, soul and jazz dance. Although many concert dances are based on classical music, many purely musical pieces are referred to as "waltzes" or "minuets”.

Twist, bump, jitterbug, hustle and swing were all very popular dances in the 1970s, but nothing compared to disco - Americans loved them all over the years, but disco gained its own cult following. In the 1990s the dance moves still kept evolving and there were dances like the Running Man and the Macarena, which are still popular as dances by children. the 2000s brought us social media and even more dances that became a viral sensation.

From the late 1960s onwards, choreography has often incorporated elements that were not traditionally considered dance, such as rhythm, rhythmic movement and rhythmic movements. One of the hallmarks of modern dance movements is movement that expresses tension and relaxation. These elements include the use of movement as a means of expression and as an expression of emotions and emotions as part of the movement.

There are many examples of modern dance movements like hip hop today, but there is much more to it. There is a wide range of dance styles, from modern hip-hop to jazz to hip-hop, to name a few.

Dancers and dance groups have used the internet in many ways, some of which show the diversity and popularity of the dance in its current form. Some have developed unique social dance styles and have been choreographed, taught and redeveloped in the United States, Europe, Asia, Africa, Latin America, the Middle East, South America and Africa.

In some countries even today, dance is outlawed however in some of these countries dancers are often observed in public places such as parks, churches, schools and other public places but they risk trouble with law enforcement and can even be put to death.

Dances are generally not performed exclusively to a particular song or music, they can provide their own entertainment or exercise on the spot or in addition to any music playing, however some songs and music do have a specific dance routine and for example the rhythm of a dancer's feet can even be an essential part of tap music.

Most dances in the Middle East have been modernised to some extent, but others, such as ceilidh and polka, are deeply rooted in a single culture, and haven’t changed.

The training and education requirements vary for each type of dancer, and desired genre, most ballet dancers begin their professional career at the age of 18 but began learning from a very young age. Successful dancers have the ability to move their body without falling or losing rhythm. Movement, time, space and effort have their place in the observation of a dancer's culture, as well as their role in dance.

Some dancers require formal training and can last several years, most dance studios and music schools prefer to have teachers who have a degree but do accept previous work if the work is worthy enough of the role offered. Most training becomes more serious when teenagers enter their first year of high school or college, as well as their second and third years.

Currently, there are about 75 dance programs accredited by the National Association of Schools of Dance, and about 25,000 dancers in the U.S. are attending at least one high school or college to prepare for a career in a college dance program. Ballet dancers begin their professional training at the age of 18, usually in a dance studio or music school. Then they dance with a large company until they are about 30, and then they can go out and choreograph.

More stories from Something Complicated and writers in Beat and other communities.