by Something Complicated 2 years ago in 60s music
Report Story 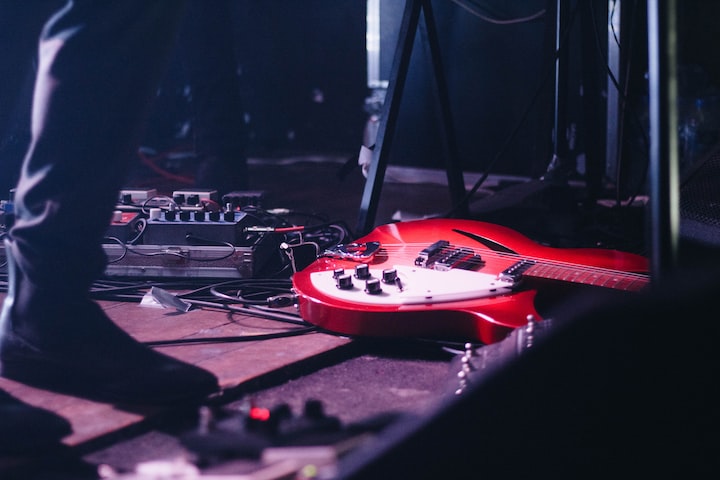 Photo by Thiago Barletta on Unsplash

For fans of classic rock music of the 60s, a live band and an incredible line-up of entertainers with the likes of John Lennon, Paul McCartney, George Harrison and Ringo Starr is the dream.

The early sixties were, like many decades before, a time of doo-wop sounds and soulful ballads that topped the charts. In the 1960s, funk and soul music gained popularity, but rhythm and blues in general remained popular. There began a shift in the music industry from the traditional rock n roll sound to a blues-like sound, and beyond that a shift in music styles.

The new music took elements of rock n roll and made the beats harder in a genre that emerged in the mid-decade, and like that hard rock n roll was born. The British blues scene developed by mimicking the style of blues musicians such as Wolf, Jimi Hendrix and Buddy Holly. They formed the sub genre "Hard Rock," which included psychedelic rock and heavy metal music. The number of bands that made music in this style grew broader and the genre included blues, rock n roll, funk, soul, jazz, country, hip-hop, reggae and more. From blue rock to psychedelic rock, a number of different forms of rock music were being created.

The pop rock trend of the 1950s continued into the early 1960s, but the rock n roll of that decade nevertheless began to blend with more international and eclectic variations. Young musicians have their origins in the inspiration of rock n roll, and thus developed styles that fit the political protests of the decade.

Much of the folk rock protest movement arose from emerging groups of singers and songwriters influenced by folk musicians from the 1930s. Protest music was distinctly different in that it always had a message and was not limited to the sound and style of folk rock. Both folk music and protest music were strongly influenced and connected by the hippie movement of the time, and this was characterised by feelings of freedom, love and peace. A good mix of hard rock and folk song music strongly influenced the rock n roll movement of the decade.

R & B also was very strong between 1963 and 1967, a string of British number one hits dominated the decade.

The Beatles created their own style and sound and helped cement them as a huge band of the time, eventually selling over 50 million records. In the following decades, hundreds of millions of singles were sold, making them the most successful rock n roll group of all time.

By the end of the decade, psychedelic rock was in retreat, the trend had peaked at the Woodstock Festival in 1969, where most of the major psychedelic acts performed. In the mid to late 1960s bands of singers and songwriters began to spread and acappella became one of their most popular forms of music. As the decade came to an end, the fashion trends of the 60s began to find their way into the circles of country music.

Oddly enough, The Monkees were a hit and where they really left their mark in the 60s was when they decided to do their own thing, breaking away from popular trends at the time. One of the songs is a sexually charged flash of blues that still sounds vital and untamed even 60 years later. They were also responsible for establishing two of the leading lights of music in the 60s and for the home of Stephen Stills and Neil Young, who would later define the supergroup of the 70s. At a time when even The Beatles were still being traded every eight days, they unleashed the most powerful sound of their careers.

Other major surf rock acts, including Jan Dean, Ventures and Champs, peaked towards the end of the decade. The surf rock genre reached its peak in mainstream popularity in the 1960s, when it developed a distinctive and influential style dominated by the electric guitar and found several supporters, including Led Zeppelin, the Grateful Dead and the Rolling Stones. Having come on the airwaves in 1963, this genre, which is still retained today, is a great example of what was popular in the second half of the 1960s and is the learning material for any garage rock band.

More stories from Something Complicated and writers in Beat and other communities.