Have a Haunting Halloween

by Sarah Shea 12 months ago in playlist
Report Story 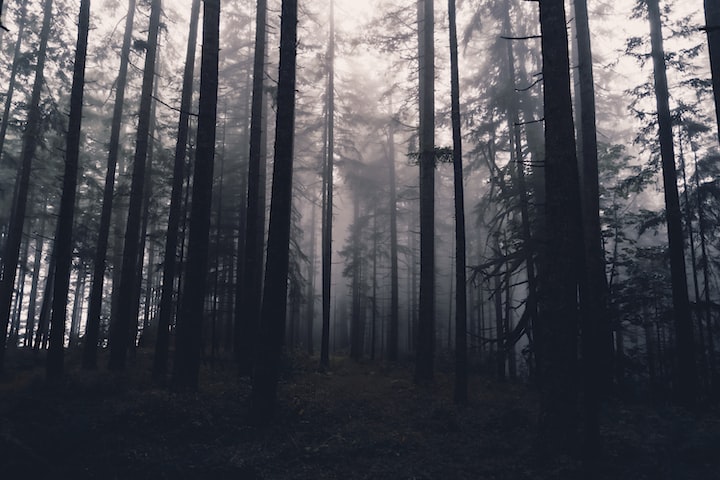 Let me set the scene for you: you've received an invitation to a Haunted Halloween dinner party with your most ghoulish acquaintances. You don a Victorian-era wedding dress and apply makeup to transform yourself into Emily, the Corpse Bride from Tim Burton's film.

You arrive after dark at a gated manor and are greeted at the door by Morticia Addams, who escorts you to the dining room. Once seated, you gaze around the table and nod to each guest in turn: a gloomy-eyed Edward Scissor-Hands, busy shish-kebabing his entree; various ghosts, zombies, and witches in elegant evening attire; and Beetlejuice chatting animatedly with Gomez Addams at the head of the table.

Lurch serves you dinner straight from Grandmama Addams's kitchen, and a band of skeletons tunes their instruments, readying to provide the "live" entertainment for the evening.

We've all heard the classics, but this event calls for more haunting melodies than "The Monster Mash" or "Spooky Scary Skeletons." We know that the Addams would not approve of such frivolous, kid-friendly music to set the tone for their dreadful dinner party. As we know, Morticia can forgive many things . . . but, pastels?

They would call for songs that are passionate, beautiful, yet leave you with goosebumps and chills. Music that leaves you feeling not quite alone in the dead of night, that reveals the beauty of the uncanny.

Here's what I imagine they would have on their playlist (when they're not listening to "The Mamushka"):

1. "Heathens" by Twenty One Pilots

Never seen Suicide Squad, but I still loved this song when it came out. Eerie tone that makes it sound like someone (or something) is following you, creepy lyrics that make you wonder if that seemingly-normal person sitting next to you really is a monster, and a beat that you can dance to.

2. "Bring Me to Life" by Evanescence

One of my all-time favorite bands, I've always loved Evanescence's hauntingly lovely combination of classical and rock, exploring themes of light and dark. This particular song, which deals with despair and hopelessness, is a classic that just about anybody would be able to sing along to.

Best-known for its appearance on the Twilight soundtrack, this song is the reason why Paramore is one of my all-time favorite bands. The music video features the dark and misty woods of Forks, WA from the film, and Hayley Williams's voice carries like the wails of a banshee, but so much better.

This song is from the soundtrack of my favorite horror game, Alan Wake, about a writer who vacations with his wife in the small town Bright Falls in a cabin on Cauldron Lake. When she suddenly goes missing, Alan must battle the Dark Presence that is hunting him down and needs his writing to wreak havoc. A beautiful song that illustrates the good versus evil and light versus dark vibe from the video game.

Yes, another Evanescence song, but bear with me. This one has a slightly more metal edge to it, but again deals with despair and just a hint of terror. There's also a choir at the end chanting the following phrases in Latin: "Save us from danger / Save us from evil." Spooky, right?

As much as I love the original version of this song, this acoustic version with Lacey Sturm is just so pretty, and really allows the vocals to shine. A lot of the songs on this playlist are about mental illness, a theme explored in many horror movies. Because isn't it "the enemy within" that's the scariest monster of all?

Last Evanescence song, I promise. I'm a huge fan of their self-titled album, but only JUST realized that they released an album in 2017 called "Synthesis," that compiles new songs with remakes of some of their best songs from several of their earlier albums, including this song. Amy Lee's vocals are always amazing, but this version of the song is just . . . I don't have words. Just take my word for it and take a listen.

Another song from another video game I love called Until Dawn, though I've never been brave enough to play it myself (quick time events stress me out!). While the game features rather cliché characters and punny dialogue, the monster in this game is truly terrifying, and "O'death" with its uncanny pauses and beautiful vocals would leave the dinner party guests with a truly unsettling feeling as they depart for the night.

Enjoy, and have a happy, haunted Halloween!

More stories from Sarah Shea and writers in Beat and other communities.